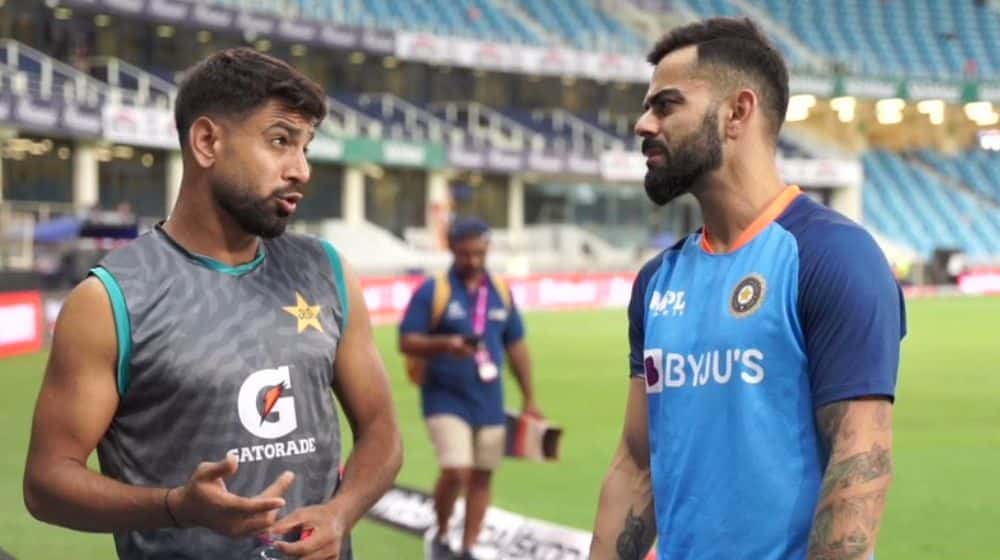 Virat Kohli’s masterclass in the 2022 T20 World Cup match against arch-rivals Pakistan helped his side to an unlikely victory. While Pakistan was in control for the majority of the match, Kohli’s sensational back-to-back sixes against Haris Rauf in the 19th over turned the tide in India’s favor as they emerged victorious on the last ball of the match.

Rauf, who had been magnificent throughout the match, had no answer as Kohli snatched victory from the jaws of defeat. Rauf, talking for the first time after the match, appreciated Kohli for his marvelous innings and stated that no other player in the world would have hit sixes on those deliveries.

“The way he [Kohli] played in the World Cup, that is his class, we all know the types of shots he plays. And the way he hit those sixes, I don’t think any other player can hit a shot like that off my bowling,” Rauf stated.

The express pacer further stated that he would have been hurt if Dinesh Karthik or Hardik Pandya had played those shots, but he did not mind a player of Kohli’s caliber hitting him for two sixes at that situation of the game.

The 29-year-old said that he had planned to save as many runs in the penultimate over as he knew that Nawaz had to bowl the last over. He said that while his plan and execution were near perfect, Kohli’s execution to play those shots was even better.

Pakistan ultimately recovered from the heartbreaking loss and managed to qualify for the final of the mega-event but a Ben Stokes masterclass prevented them from lifting the T20 World Cup trophy for the second time.