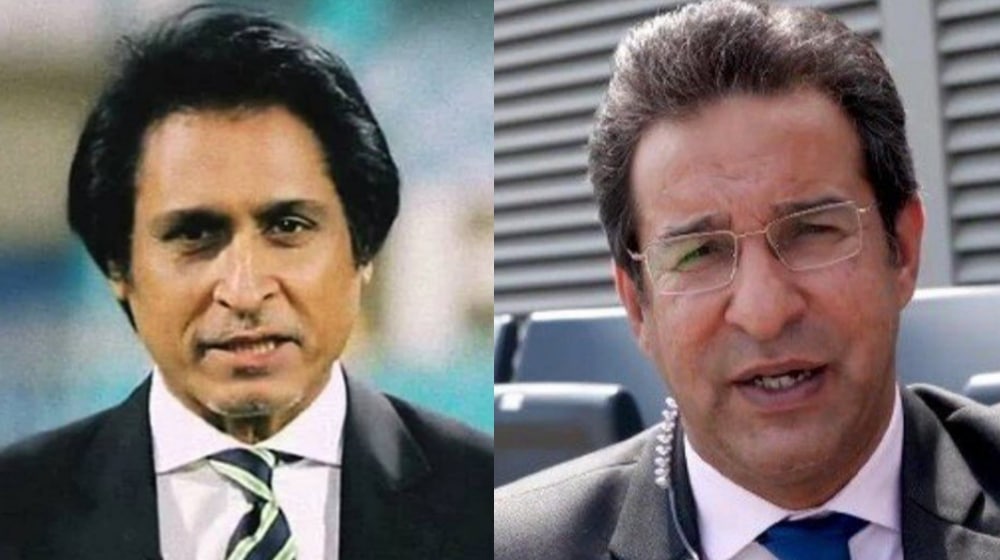 Wasim Akram has alleged Ramiz Raja of nepotism in his book, claiming that he was positioned to field at slip owing to his father’s high rank.

Wasim Akram is set to publish his tell-all autobiography titled ‘Sultan: A memoir’. The bits and pieces of the much-anticipated book have set the internet on fire as they hint at big revelations. In a recently shared fragment, the former fast bowler claimed that his teammate and the current PCB Chairman, Ramiz Raja, got undue benefits in the cricket circuit due to his high status.

Wasim Akram stated in his book that Ramiz Raja was placed to field at slip because he hailed from an elite community since his father was commissioner and he studied at a prestigious college. The former pacer went on to declare Ramiz Raja a terrible fielder in the slips.

“The first over the next day was delivered by Asif Faridi, a local quick; I was thrown the new ball for the second. I was in my fourth over when John Wright, New Zealand’s captain, nicked to Ramiz at the second slip. For all his batting skill, Ramiz was at slip for reasons of rank, because his father was a commissioner and because he’d attended Aitchison College. He dropped more than he caught, frankly,” wrote Wasim Akram.

While Wasim Akram criticized Ramiz Raja’s fielding and acknowledged his batting ability, it is interesting to note that the most iconic moment of Ramiz Raja’s career remains the final catch he took to seal the World Cup victory for Pakistan in 1992.