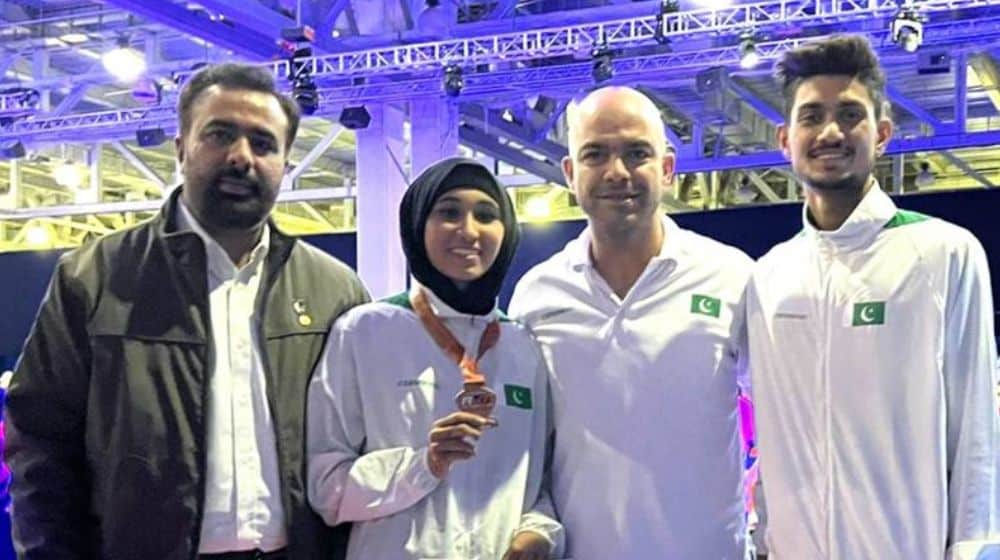 Fatimatuz Zehra, a Pakistani female athlete, has made her country proud by winning a bronze medal in the ongoing International Taekwondo Russian Open Championship.

According to the details, the Karachi-born athlete was defeated by Russian opponent, Sokolova Vladislava, by a margin of 2-1 and 14-7 in the semi-final of the 53 kg category.

It is pertinent to mention here that the talented athlete defeated Hong Kong’s Taekwondo specialist, Tung Kwok, by a score of 9-0 and 12-2 earlier this week in Russia.

On the other hand, Russia’s Alexandar Grigorey defeated Pakistani player, Arbaz Khan, in the 63 kg contest of the marquee event.

Speaking about the achievement, Pakistan Taekwondo Federation President, Waseem Ahmed Janjua, congratulated her and said that winning the bronze medal was a good sign for sports in the country.

In a joint statement, the federation officials praised Pakistani athletes, saying that the country’s recent international medals won by female Taekwondo athletes show that the future of women’s sports is bright.