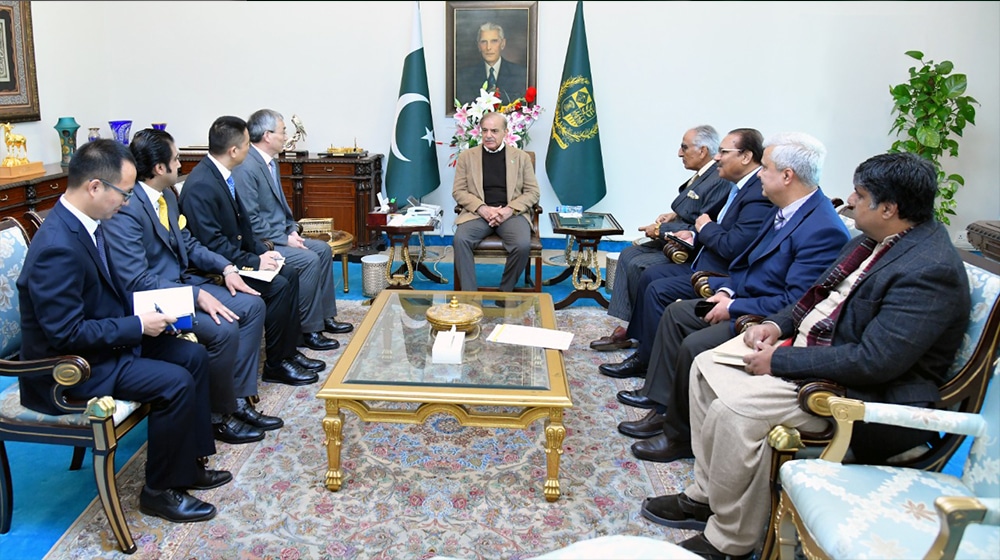 The premier was speaking with a delegation from China Construction’s Third Engineering Bureau, led by the company’s Vice Chairman Tan Guofu.

The Prime Minister praised the company’s Vice Chairman Tan Guofu’s commitment to investing more in Pakistani infrastructure and energy projects. He stated that Pakistan-China relations have been exemplary in all areas, and he mentioned his recent meeting with the company’s president during his visit to China.

He also thanked the company for its contributions to Pakistan’s flood victims. Tariq Fatemi, Zafaruddin Mehmood, and other senior government officials were also present at the meeting.

Earlier, Finance Minister Ishaq Dar briefed the president of the Bank of China, Liu Jin, on the country’s financial and fiscal conditions. He requested assistance from the Bank of China to restore macroeconomic stability. According to the Finance Division.