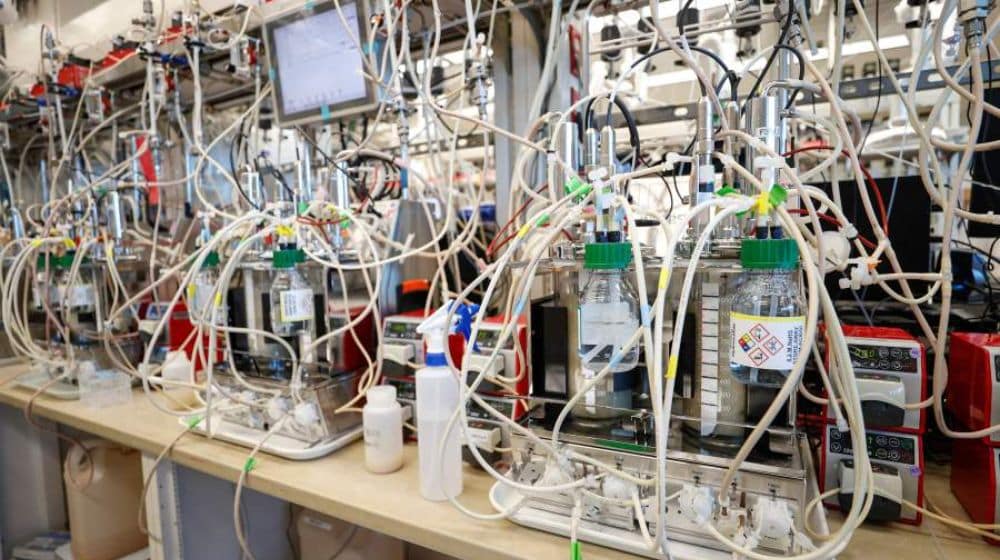 LanzaTech, an American company, has created a mixture that includes billions of hungry bacteria. This concoction is specialized to feed on polluted atmosphere – the first step towards a recycling system that transforms greenhouse gases into useful products.

LanzaTech is America’s only finalist for the Earthshot Prize. This award recognizes environmental contributions and was launched by Prince William of Great Britain and broadcaster David Attenborough. Five winners will be announced today.

The ethanol can then be used to make consumer products such as plastic bottles, sportswear, and dresses. This is done through tie-ins with major brands like Zara and L’Oreal.

Michael Kopke is a microbiologist who has been working with the company since a year after its conception. He stated that they couldn’t have imagined that within 14 years they would be able to see dresses made from steel emissions on the market.

The company has produced a total of 50 million gallons (190 million liters) of bioethanol and has thus far kept out 200,000 metric tons of carbon dioxide from the atmosphere.

Kopke admits that this is a tiny drop in the ocean when it comes down to the actual amount of climate change-fighting chemicals.

The company has spent 15 years creating the method and proving it to be viable on a large scale. Now, they want to scale up and expand the number of partner factories.

Kopke states that the ultimate goal of the project is to keep only the above-ground carbon in circulation, without having to extract any new oil or gas.