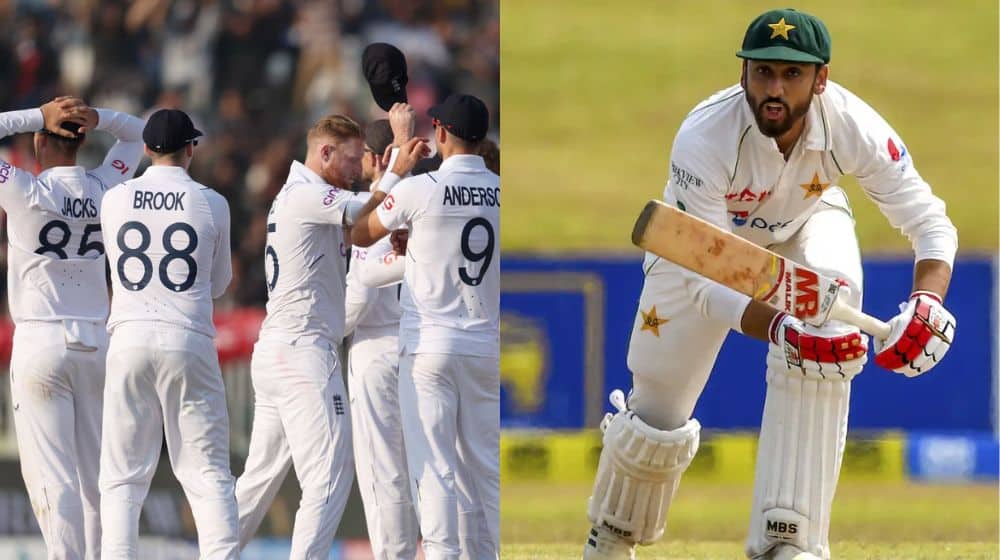 Controversy broke out in the second innings of the first Test match between Pakistan and England as Salman Ali Agha was given not out after Decision Review System (DRS) adjudged the ball to go over the stumps on a slow pitch in Rawalpindi.

The decision baffled the English cricket team who stood in disbelief as the ball tracking system showed an ‘irregular’ bounce off a spin bowler. Apart from the England team, cricket fans also voiced their displeasure at the decision on various social media platforms.

Many fans argued that the pitch in Rawalpindi did not offer as much bounce as it showed on that particular delivery. The fans stated that even deliveries of fast bowlers did not bounce as much as that delivery by Jack Leach.

Check out the responses here:

A side-on view that show the trajectory of the ball for Salman Ali Agha's successful review.#PAKvENG pic.twitter.com/T3CSxZpt2G

Pretty sure Agha Salman thought that was dead and reviewed as last recognised batter. Thought one replay from front on hinted it might go over given how crouched he was over and the ball hit him on the rise

Agha Salman survives another review, it's all happening! Look at the roar in Rawalpindi, the commentators cannot believe it! #PAKvENG

Salman is given lbw but Pakistan review and ball tracking shows it going over the top of the stumps! #PAKvENG pic.twitter.com/zXdQCDYAOz

Nevertheless, the decision did not have much of an impact on the match as England emerged victorious by 74 runs as Pakistan was unable to chase down a target of 343 on the final day.

Pakistan will be disappointed with their performance as they lost crucial points in the World Test Championship.

What do you think? Should Salman Ali Agha have been given out? Write down your comments below!