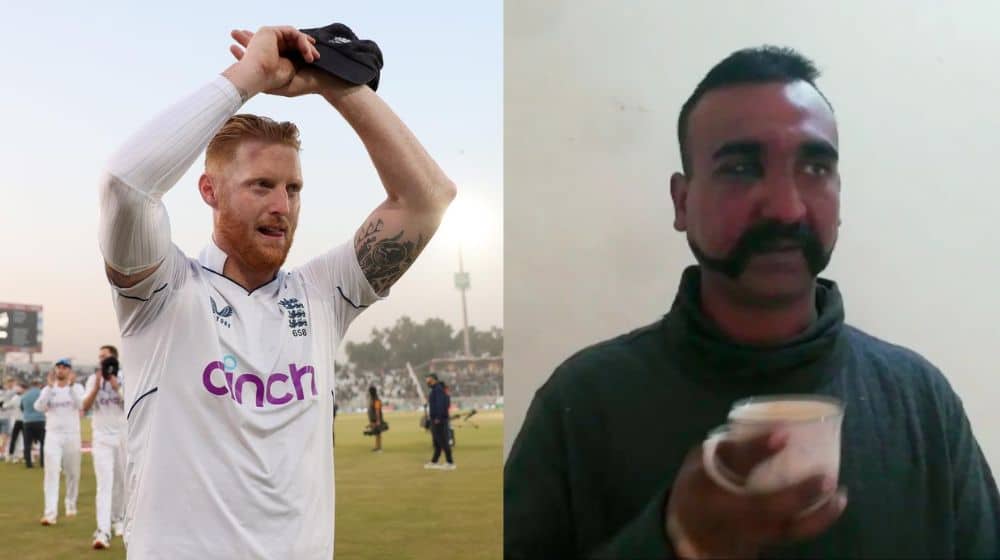 The famous statement ‘tea is fantastic’ by an Indian pilot, Wing Commander Abhinandan Varthaman, has been a source of memes for Pakistani social media users ever since the pilot was captured during an attempted airforce strike by Indian airforce in Balakot, Pakistan.

After Abhinandan’s attempts to carry out the airstrike were unsuccessful and he was captured by the Pakistan Army, a video surfaced on social media where the captured pilot was enjoying Pakistani tea. He appreciated the quality of the tea and said, “The tea is fantastic.”

It seems like there are plenty of more admirers of Pakistan’s tea as England’s Test captain, Ben Stokes, appreciated the quality of the tea during a press conference after the conclusion of the first Test match between Pakistan and England at Rawalpindi Cricket Stadium.

Ben Stokes led his side to a historic win over Pakistan in the first Test match. Stokes was lauded for his brave captaincy by the cricketing fraternity as he managed to secure a win for his side as the match looked likely to head to a certain draw on a lifeless pitch.