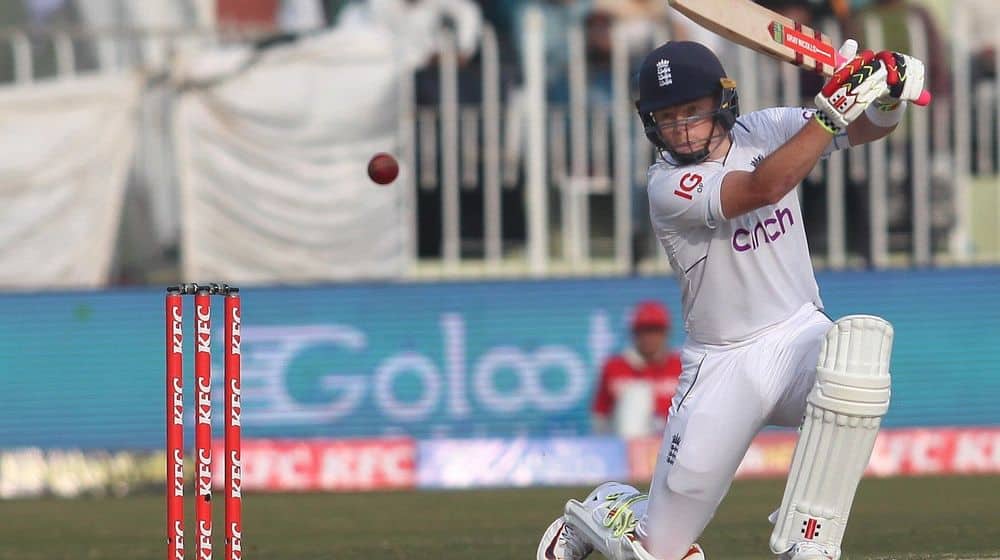 Pakistan and England began the second of three Test matches, today at the Multan Cricket Stadium, with the visiting side scoring 180 runs for the loss of five wickets in the opening session.

With this, the Ben Stokes-led England broke South Africa’s 120-year-old record for the most runs scored in the first session of a Test match.

South Africa had scored 179 runs against Australia in the opening session of the first Test match in Johannesburg and then finished the day with 428 runs for the loss of seven wickets in 1902.

During the opening session of the first Test match,  England had scored 174 runs for the loss of no wicket and then finished with the record-breaking 506/4 on the first day.

Meanwhile, Pakistan’s debutant spinner, Abrar Ahmad, has stolen the show by taking five wicket-haul in the first session, becoming the first bowler in Pakistan’s Test history to do so.

Earlier this week, England captain, Ben Stokes, stated that they will play more attacking cricket in Multan due to the dense fog that will prevent them from completing the daily quota of 90 overs.