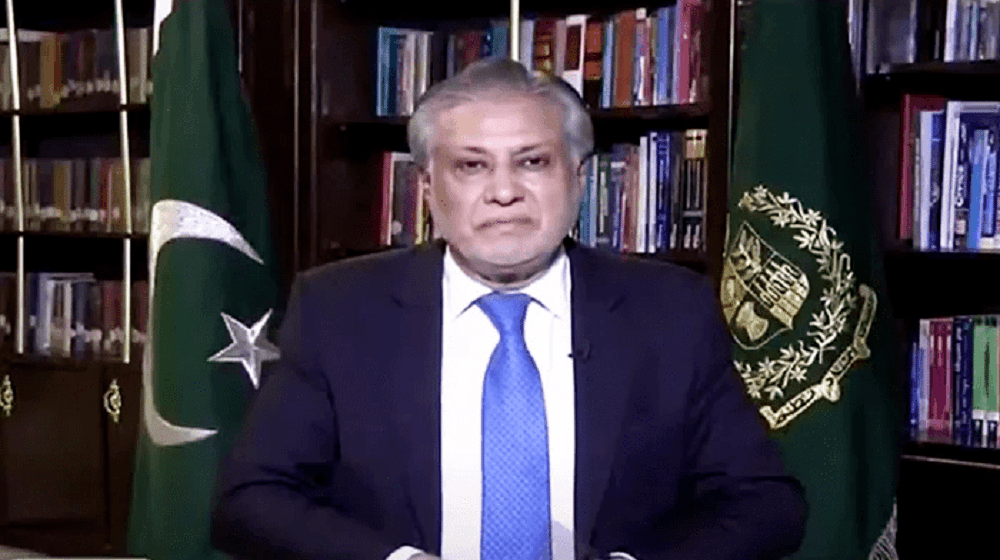 Finance Minister Ishaq Dar, on Wednesday, made it clear that the government has no intention to access the foreign exchange held with commercial banks.

In a strongly worded clarification, the finance minister said that some “vested elements” gave his statement a deliberate twist and started a campaign as if the government was considering accessing the foreign exchange held with commercial banks which “indeed is the property of the citizens”.

National foreign exchange reserves always include forex held with SBP and Commercial Banks. Recently I quoted the forex reserves figure based on this principle. Some vested elements who ruined this country’s economy in the past, gave it a deliberate twist and started a campaign

The minister said that national foreign exchange reserves always include forex held with the State Bank of Pakistan and commercial banks and he quoted the reserves figures based on this principle.

He added that the said “misconstrued, misinterpreted and mala fide, propaganda should be ignored.”

It is pertinent to mention here that the finance minister recently said that Pakistan’s foreign exchange reserves currently stand at $10 billion and not $4 billion as the $6 billion held by commercial banks also belong to the country hinting that the government is planning to take control of the privately owned foreign exchange.

However, according to reports the reserves held by the central bank have dipped to $4.5 billion after Pakistan returned over $1 billion loans of two foreign commercial banks. The fall in reserves will likely be reflected in the updated reserves figure that is scheduled to be released tomorrow (Thursday).