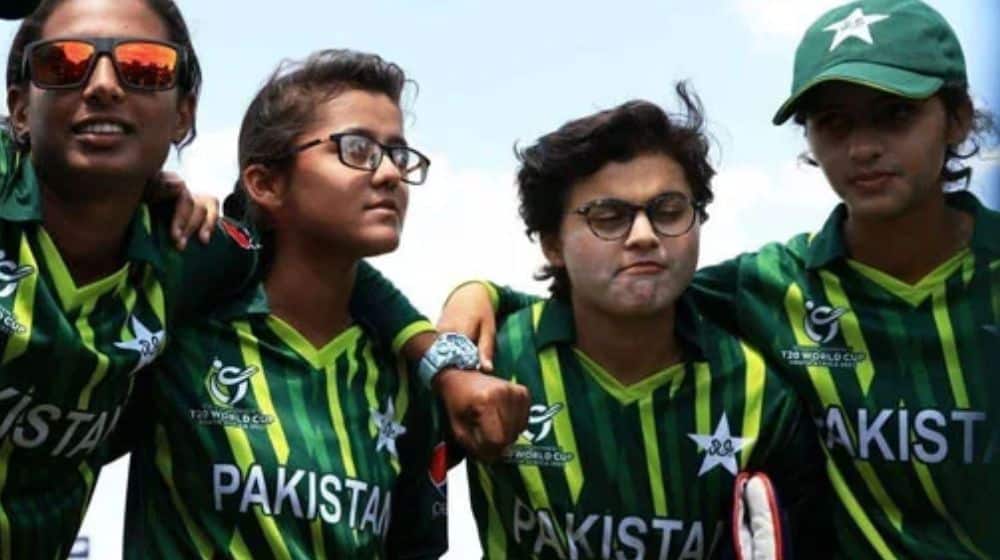 Pakistan’s campaign for the ICC Women’s U19 T20 World Cup 2023 came to an end when New Zealand defeated them by 103 runs at Potchefstroom.

Currently, New Zealand stands at the top of the Group B points table after winning all four games while England is in second after winning three out of three.

Pakistan, on the other hand, stands in the third spot after winning two out of four matches while West Indies has won one match out of three and stands fourth.

As both, England and New Zealand have the highest run rates among the Group B teams, the other four will be unable to overtake them and move into the top two.

Talking about the must-win game, a fantastic half-century from Georgia Plimmer led the Kiwis to post a handsome total of 178 runs on board after Pakistan invited them to bat first.

Plimmer was equally supported by Anna Browning and Emma McLeod, who scored 31 and 32 runs, helping the Izzy Sharp-led side to a defendable total.

In response, the Women in Green lost wickets at regular intervals after both the opening batters, Shawal Zulfiqar and Eyman Fatima were sent to the pavilion without scoring.

As many as six batters failed to reach the double figures while Aliza Khan, Areesha Noor, and Anosha Nasir scored 11, 24, and 11, respectively.