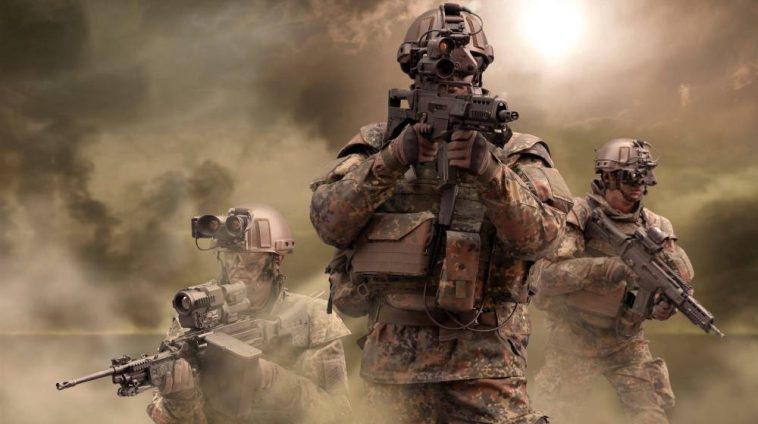 Joining the army and serving the country may be a dream of many, but not everybody succeeds because of several reasons. One of these causes is a lack of knowledge. Not everybody knows how to join for Pakistan Army after matric. Nowadays, everybody owns a smartphone and has access to the internet.

If you are one of those and want to learn about Pak army jobs 2022 matric base, this article brings you all the help you need to join Pak army. Here, you will learn what is the criteria for joining the army and, most importantly, what field options you have when you apply for the army.

Applying criteria of each field in the Pak army is different, and you have to meet them in order to get considered. Further, you will find the field options you have when you apply for the army after matric.

Becoming a soldier in the Pak army is also one of the few options you get after matric. Being a Sipahi in the Pak army allows you to fight in the field against the enemies of the country. Below you will see the eligibility criteria that you need to meet to apply for a soldier position in the Pak army:

If you meet these requirements, you can apply for the soldier in Pak fauj. Now all you need to do is wait for the advertisement in the newspaper or on Pakistan Army’s official site. You can also visit pakarmyjobz.com to find updates on how to Join Pakistan Army as soldier.

In case you are wondering if there are any Pak army jobs for females, then you should be happy after learning that as a female, you can join Armed Forces Nursing Service. Pak Army has a special quota for females to be part of the fauj. Any girl who is a Pakistani citizen can join AFNS General Nursing department after Intermediate.

If you want to join Pak Army as Nursing, make sure you meet the eligibility criteria for AFNS:

Check out the Pak army’s official site for any help to Join Pak Army as AFNS. if you meet these requirements for Armed Forces Nursing Service, you can apply for AFNS Nursing whenever you come across the advertisement.

Yes, there are Civil jobs in the Pak army that allow Pakistani citizens from almost all professions to join the Pak Fauj. If you are matric qualified and can perform any of the services given below, then you can apply for civilian jobs in Pakistan Army:

The jobs mentioned above are not advertised together. You have to be proactive by reading the newspaper daily or checking the site for Pak Army Civilian Jobsto learn if there is any opening.

How to Register For Join Pak Army After Matric

Now, let’s talk about the registration process of join Pak Army after matric. Once you see the advertisement for jobs in the Pak army, there are two ways to choose from that you can take to join Pakistan Army. For the only registration, you can visit the official site of the army or go to the nearest Army Selection and Recruitment Centre (AS&RC) to register yourself.

You are required to clear the test after you apply for the job. You will receive an email containing all the necessary information regarding the test, including the test date. Your electronic roll number will have the date and time of the preliminary test.

After passing the test and interviews, you will get a phone call or letter through mail regarding your joining Pak Army.

Note: Candidate must be present for registration at the Army Selection and Recruitment Center (AS&RC).

Jobs in Pakistan Army are available for both males and Females who are citizens of this country. It is an excellent opportunity for you to serve your country by joining one of the top armies in the world. Pakistan army is known for its professionalism and commitment to its duty. Every year a large number of students apply to join Pak army, and this number continues to increase. Even the cadets from friendly countries who get a chance to train at Pakistan Military Academy (PMA) praise the professionalism of the Pakistan Army.