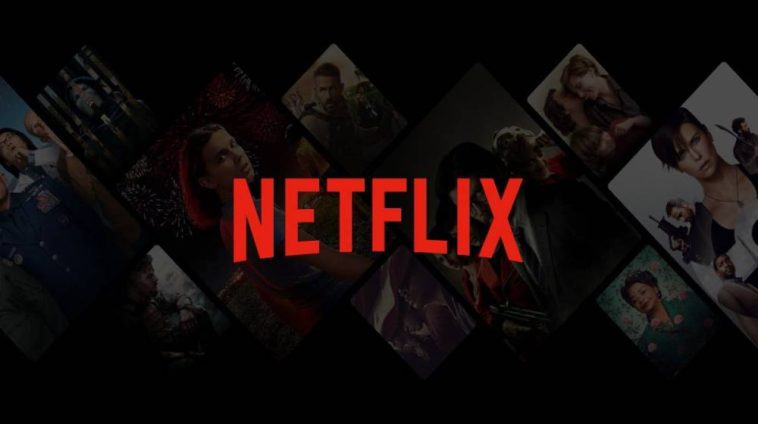 Done with the content available on Netflix? Looking for what coming next on the platform? Well, Netflix got you covered. It has many originals it plans to release in the Year 2023. Some of the films are sequels of the best movies that Netflix released in the past and with new films.

This article talks about the 15 most anticipated upcoming Netflix movies. Prepare yourself and read it carefully if you want to know what’s coming to your Netflix screens.

Best Movies of Netflix | Releasing in 2023 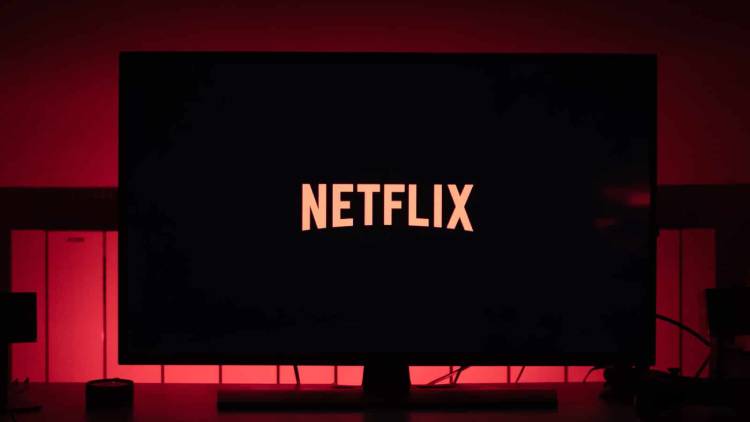 Netflix releases more than 100 original titles almost every year. The approaching year is also expected to have this many original new shows on Netflix. Some are in production, and a few are ready to get out to the public.

Covering every one of these in this post is not possible. Therefore we have shortlisted the best Netflix original movies coming in 2023. Here, check out the best movies on Netflix. 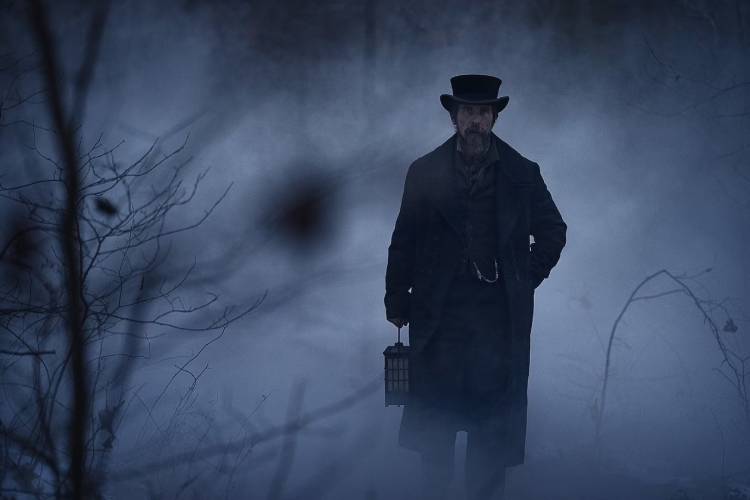 The director and producer, Scott Cooper, spent almost a decade creating this movie adapted from Louis Bayards’s novel of the same name. It could be one of the best thriller movies on Netflix. The Pale Blue Eye is about a detective hired to investigate a murder of a cadet. The music for The Pale Blue Eye is being composed by Howard Shore, the renowned musician behind the Lord of the Rings films. 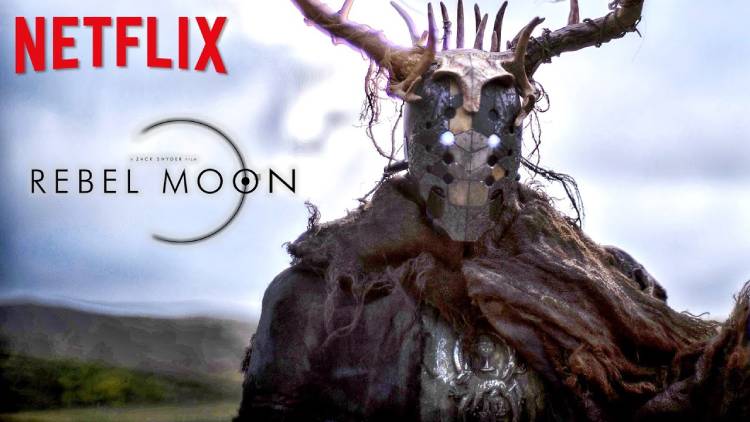 The famous Zack Snyder is directing another Netflix movie. Since its return, Zack has been working on several Netflix projects. Rebel Moon is one of the upcoming best movies on Netflix. It features Sofia Boutella,  Anthony Hopkins, Charlie Hunnam, Jena Malone, and Stuart Martin. The movie is coming in 2023, along with other Netflix new releases.

Rebel Moon is Snyder’s version of the Star Wars movie influenced by Akira Kurosawa’s Seven Samurai, one of his favorite movies. It is about a colony threatened by the troops of a despotic ruler named Belisarius. The young lady look for help from nearby planets.

Looking at the past work of Zack Snyder, you can set high expectations from this movie. It could beat many best action movies on Netflix. 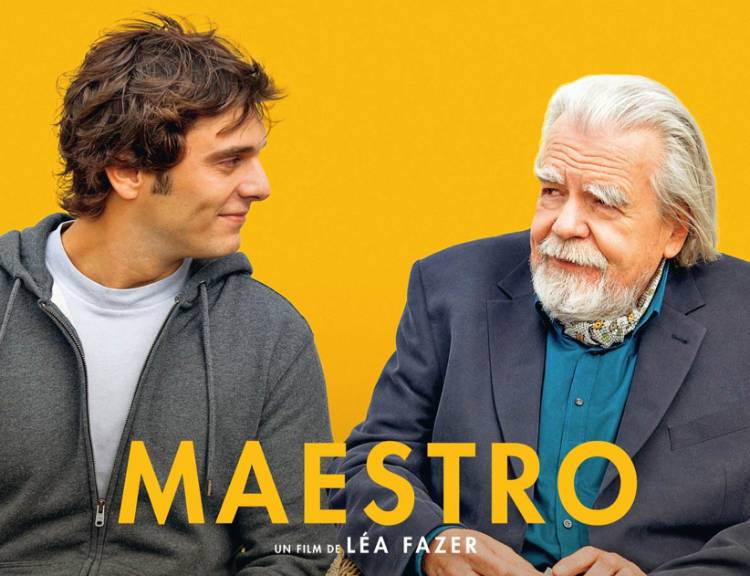 As the name also suggests, this is going to be the master class from Bradley Cooper, who is not only acting in this movie but also providing direction, writing, and producing. Maestro is a biopic of Leonard Bernstein, the famous American Composer known for his work like West Side Story, On the Town, and On the Waterfront.

Maestro is the love story of Leonard Bernstein and his wife, Felicia Montealegre. It features Bradley Cooper as Leonard and Carey Mulligan playing the role of Felicia. You will also see Maya Hawke, Sarah Silverman, and Matt Bomer appearing in the film. One of the many best movies of Netflix is coming out in 2023. 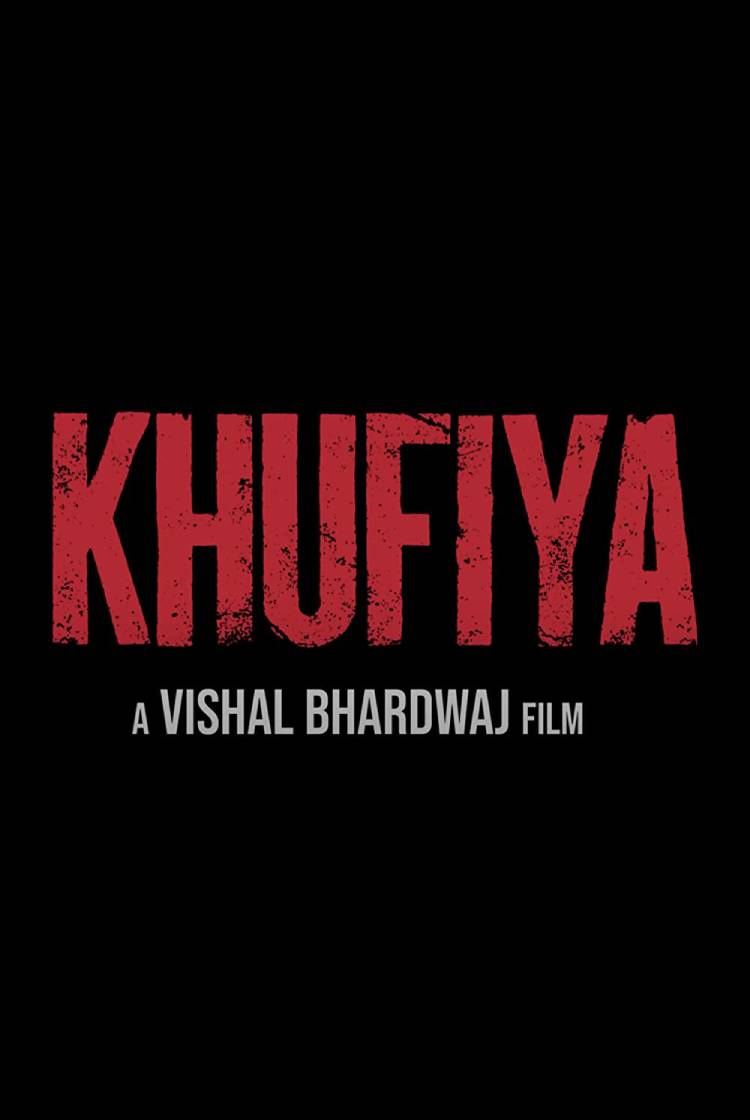 Khufiya is one of the upcoming best movies of Netflix. Also, one of the many Netflix best Bollywood movies features Tabu, Ali Fazal, and Wamiqa Gabbi. The film is directed by none other than Vishal Bhardwaj. Khufiya is expected to release in 2023.

Khufiya is based on the novel Escape to Nowhere by Amar Bhushan. In this spy thriller, Tabu plays the role of operative Krishna, who juggles between a spy and a lover while working on a mission. If you are looking for the best thriller movies on Netflix, include this on your watchlist. 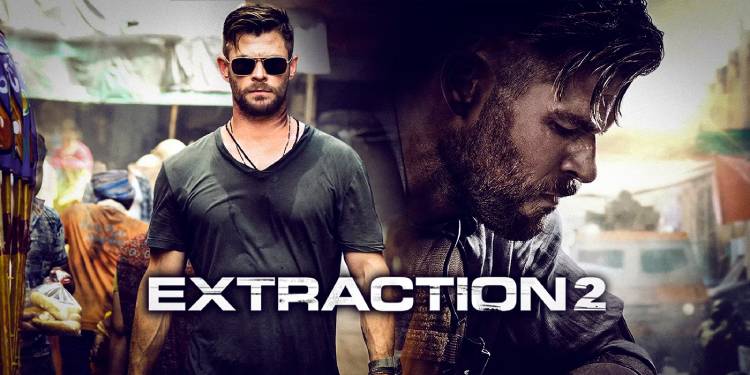 Extraction 2 is the upcoming sequel of the 2020 movie, one of the best Netflix original movies, which received the most views in Netflix history. Directed by Sam Hargrave and starring Chris Hemsworth, this action-thriller follows Tyler Rake on a mission to save a kidnapped family from an international crime syndicate. After the death of the head of the gang, his equally vicious brother chases Tyler to get revenge.

Both the best movies of Netflix feature Chris Hemsworth, Golshifteh Farahani, Rudhraksh Jaiswal, and Adam Bessa. It will come out sometime in 2023. Keep an eye on the Coming Soon section of your Netflix App. 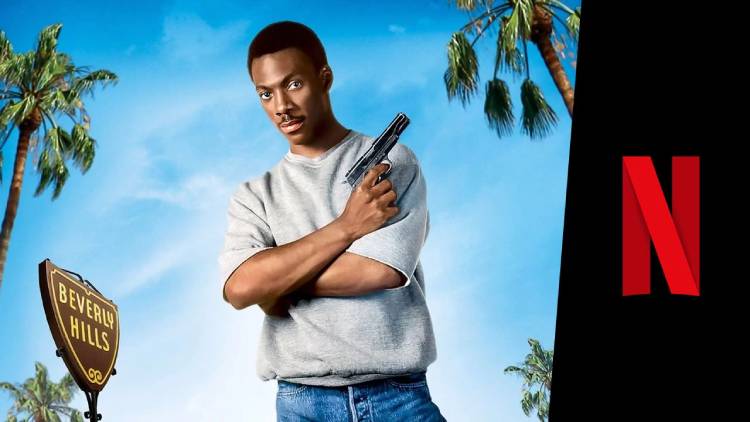 Eddie Murphy returns as the iconic Axel Foley in this upcoming Netflix original. The plot is not revealed by the official authorities, but some sources do talk about the expected story. This time around, Foley is fresh out of retirement and finds himself embroiled in a life-threatening conspiracy that takes him to Beverly Hills. It’s up to him to save his friends and uncover the sinister plot before it’s too late.

If Netflix takes on the series, it could become the best comedy movie on NetFlix. Beverly Hills Cop: Axel Foley is going to feature Eddie Murphy in the lead role along with Paul Reiser, James Preston Rogers, Kevin Bacon, and Joseph Gordon-Levitt. The film is directed by Mark Molloy and will be out next year.

Now let’s talk about Bollywood. On the platform, you will find a lot of Netflix best Bollywood movies, but the most anticipated Bollywood film is The Archies. The reason behind the craze of this Netflix is that it features the kids of Bollywood giants.  First, you will see Suhana Khan, daughter of Shah Rukh Khan, then Khushi Kapoor, daughter of late Indian diva Sridevi, and at last, Agastya Nanda, the grandson of maestro actor Amitabh Bachchan.

Another important factor of The Archies is that it is directed by Zoya Akhtar, daughter of the famous Indian writer Javed Akhtar and sister of Farhan Akhtar. Zoya has given a few hits in the past, like Zindagi Na Milegi Dobara and Gully Boy.

The Archies is an adaptation of a famous American musical animated sitcom. The Netflix movie is about rebellious young adults experiencing their first loves, friendships, and much more. If you are into Bollywood movies, try it, as it could be the best movie of Netflix. 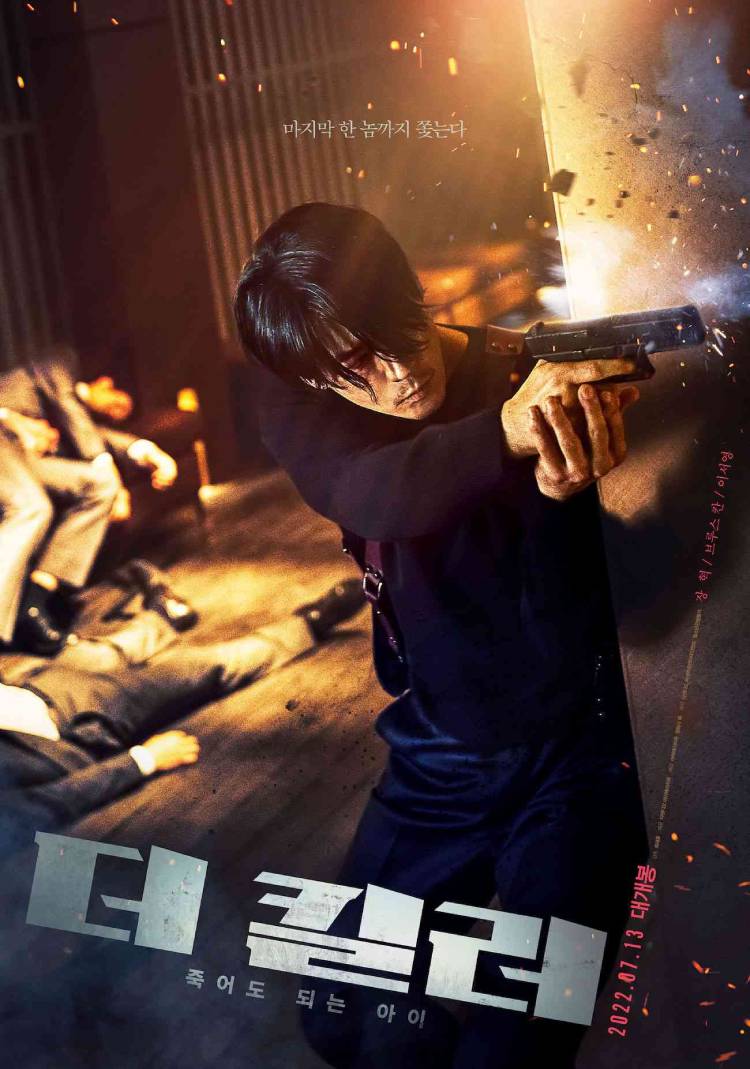 The upcoming best movies of Netflix in 2023 include the Action Crime Drama, The Killer. The film is about an assassin slowly losing his mind and possibly becoming a danger to others. The director of Fight Club, David Fincher, is also directing the next Netflix original. In the film’s cast, you will see  Tilda Swinton, Charles Parnell, Michael Fassbender, Sala Baker, and Monique Ganderton.

The new Netflix movie could be one of the best action movies on Netflix. The Killer is the adaptation of the novel series by Alexis Nolent. The production of The Killer is wrapped, and after Netflix has acquired the right from Paramount, it will release soon on the Platform.

You can also get the idea from the title; the movie is about stealing. Chor Nikal Ke Bhaga is a thriller about an air hostess and boyfriend who tries to steal diamonds to pay off loans. The heist fails as the plane with diamonds gets into a hostage situation. Most of the movie is shot in Dubai.

The cast of the Chor Nikal Ke Bhaga includes Yami Gautam, Sharad Kelkar, and Sunny Kaushal. Ajay Singh directs the film. It will be on the list of best thriller movies on Netflix. If you are into that, you should try watching Chor Nikal Ke Bhaga when it comes out sometime in 2023.

The new rom-com is about a couple examining contemporary family dynamics and love as they navigate conflicting cultural norms, societal expectations, and generational divides. In the cast of You People, you will also see Andrea Savage, Julia Louis Dreyfus, and David Duchovny. Kenya Barris directs the new upcoming Netflix movie that will release in 2023. 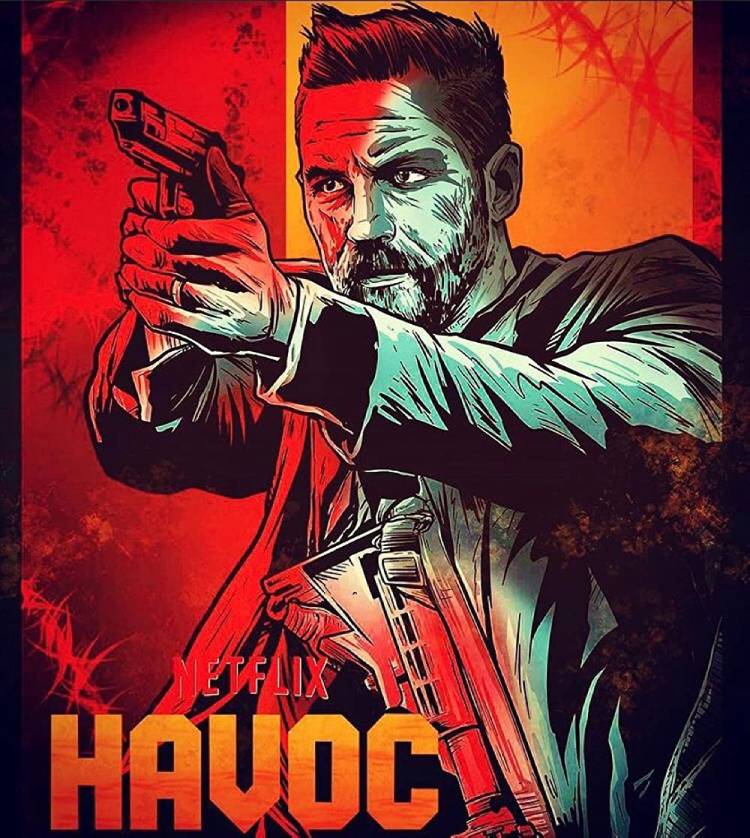 If you are a fan of Tom Hardy, then Netflix got you covered. It is bringing the amazing actor on Netflix new movie, Havoc, written and directed by Gareth Evans. Along with Tom Hardy, you will also see Jessie Mei Li, Timothy Olyphant, Forest Whitaker, Luis Guzmán, and Narges Rashidi. It will be one of the best thriller movies on Netflix by Tom Hardy.

Tom Hardy has played a few fabulous roles, like Bane in The Dark Knight Rises and Alfie Solomons in Peaky Blinders. His new film, Havoc, is about a detective who discovers deep-rooted corruption and conspiracy when fighting drug dealers to save the son of a politician. You should indeed check it out if you are looking for the best movies of Netflix. 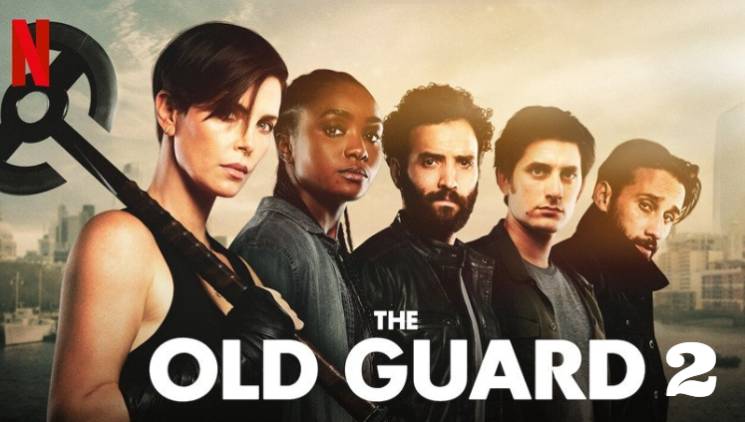 The Old Guard was a massive hit for Netflix in 2020, and the upcoming sequel, The Old Guard 2, is sure to be just as successful. It will again star Charlize Theron as the leader of a group of immortal mercenaries. The officials say nothing about the story, but according to the Old Guard graphic novel by Greg Rucka, the Quynh character, which is based on the novel Norika, becomes a partner of the criminals after being abandoned by the group.

It all comes to Charlize Theron, the producer of the Netflix series. It depends on what she takes from the novel and what she adds to it. The movie’s cast is almost the same as the last part except for Uma Thurman, and Henry Golding also join them in the sequel. Critics are expecting that the new addition will make the series part of the best action movies on Netflix.

The best Indian actor of this current age, Manoj Bajpayee, is coming to the upcoming Netflix movie Soup alongside Konkona Sen Sharma. Dark comedy is inspired by real-life events, the Bollywood director who is known for epic movies is also directing this new Netflix film which is expected to release in 2023.

The story of the Soup revolves around a housewife who makes her way against an unsupported spouse to fulfill her dream.  You will see action and murders in this movie. It could be part of Netflix best Bollywood movies and also be one of the best movies of Netflix.

The name of the new Indian comedy translates as Jackfruit. The strange story is about a young policewoman played by Sanya Malhotra who investigates the case of a Jackfruits going stolen. The release date of Kathal has yet to be confirmed; one of the next best comedy movies on Netflix is expected to get released in 2023.

Chakda ‘Xpress has the famous Anushka Sharma with Mahesh Thakur, Renuka Shahane, Koushik Sen, and Anshul Chauhan. Prosit Roy is directing the film. The movie is perfect for those who are into cricket. Chakde ‘Xpress could be one of Netflix best Bollywood movies.

The article brings you the 15 best movies of Netflix coming in the year 2023. The list includes the most anticipated Bollywood and Hollywood movies on Netflix. Make sure you have nothing else to watch when these come out.