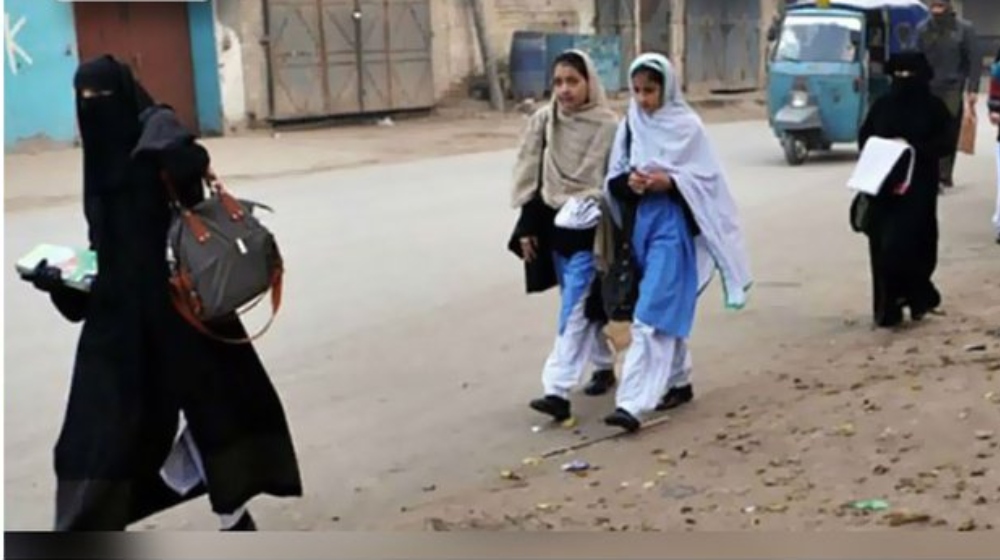 Recently government officials in Peshawar ordered schoolgirls to come to school all covered up, making it compulsory to don an abaya in order ‘ to avoid unethical incidents‘. After severe public backlash, Khyber Pakhtunkhwa’s Chief Minister took back the order.

It’s a good thing that announcement came in time. Generally speaking,  women in Peshawar are already modest in terms of their choice of attire.

But to ask these young girls to cover up more despite the existing cultural norms in KP? This is deeply problematic for many reasons. People are not ok with the authorities implying that it is women who are responsible for any assault they face. Talk about blaming the victim rather than the perpetrator.

KP Government doesn’t believe in compulsion, and citizens are free to decide what’s best for them. The notification circulating regarding compulsion of Abaya for the girls is hereby withdrawn with immediate effect#KPKUpdates pic.twitter.com/1LhhwEX33V

Minister of Human Rights, Shireen Mazari even offered her take on the issue of how regulating women’s clothing rather than the provision of safety and basic responsibility in a welfare state, was a reflection of General Zia’s regime.

Sanity prevails. Why should girls be penalised for boys misdemeanours? Punish them for targeting the girls – cannot penalise our girls. Let us not revert back to dictator Zia's time. https://t.co/504gJvZg9m

She even acknowledged how they need to battle that mindset that proposed mandatory burka as a solution to curb harassment and gender violence.

Of course there is a lot to be done to remove the mess of decades but we are making progress through hard work as there is no magic wand! https://t.co/KQycbHFFXY

This isn’t the first time such an announcement came up. Previously, Haripur issued a similar order. To be honest there hasn’t been awareness and advocacy campaigns with change agents to curb this mentality in the past.

This still doesn’t explain how did this happen to begin with. Who had the idea of enforcing a mandatory burka for school children to avoid ‘unethical incidents’?

By writing off such attacks against women as ‘it’s because of you were wearing‘, the authorities have placed the responsibility of harassment on women.

In reality, harassment is about forcefully taking what you want. It’s a disregard for consent, common human decency, and basic human rights. We still see women in burkas and abayas being oogled and harassed by men. So we’re not sure whether enforcing a stricter dress code is the answer here.