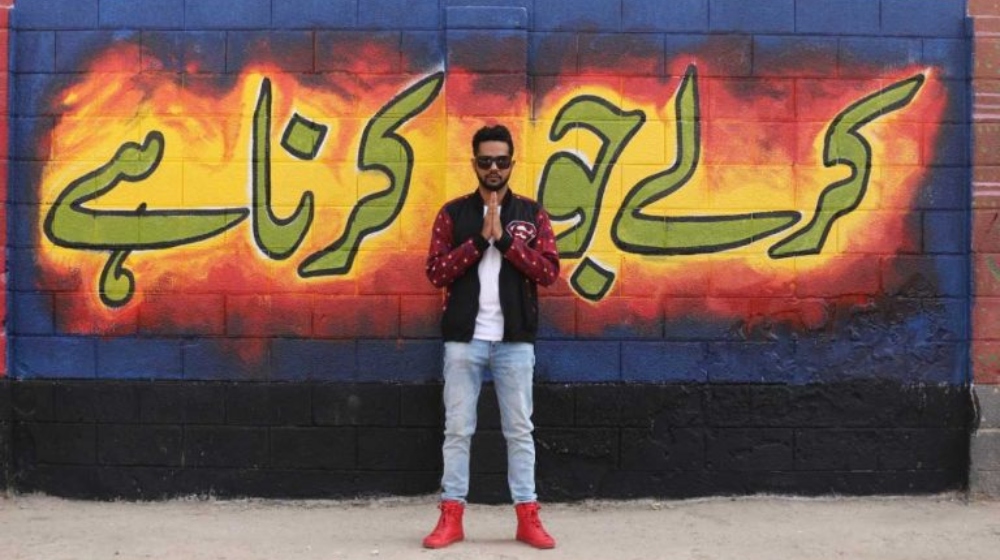 The artists are calling out harassers for doing whatever they want to with their fame and money, but he would always stand with the victims. Saif Samejo’s tweet lauding Ali Gul Pir’s ‘courage’ and his support against ‘the jerk’, just further affirmed that Ali Gul Pir is allegedly calling out Ali Zafar.

“You have courage and I’m with you against the jerk,”

This is the power of Art I always say my artists friends to act as artists against the predators, harassers when it comes to #MeToo or even other crimes – Karle Jo Karna Hai – @Aligulpir you have courage and I’m with you against the jerk 🙏🏽 https://t.co/iQFEp80SUa via @YouTube

The rapper made it clear that he won’t be pressured into silence.

Support for sexual harassment and rape survivors is something people would like to assume they’d stand for. When it comes to people they know, they’d rather turn a blind eye than persecute a friend.

While the Modi Tera artist’s creations have always been political or social, using the “R” word was a big push towards acceptance of the problem. Which might explain how this polarizing subject elicited mixed reviews.

Wah….zabrdst, more power to you.

I am def too old to know who any of the young people are in this video. But this is amazing, the girls are fire and l love every single bittttt of it!!

While many people appreciate the diss track…..others had a problem with the visuals.

Honestly, the lyrics are very offensive and the video is actually promoting violence (that too by children), not sure what kind of solidarity it's supposed to show.

Meesha Shafi Takes Down Troll Who Said She Should Cry

Then there were some folks who just didn’t like what he had to say.

Bottom line is that Ali Gul Pir didn’t name any names so does this qualify as slander? To add to that aren’t works of art exempt from slander and libel laws? Otherwise, imagine the chaos if art had to be factual.