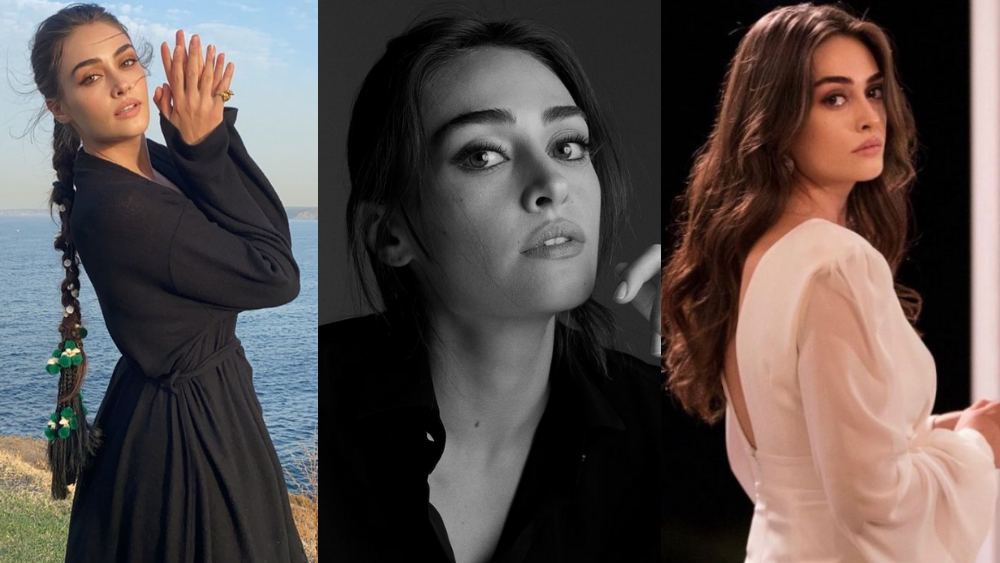 Dirilis: Ertugrul famed starlet Esra Bilgiç is stealing the spotlight, yet again. This time with her killer dance moves. The starlet makes headlines without even trying.

The Turkish actress is really just seen shimming on her own, but anything she does has Netizens fawning.

The all-black ensemble and that cool lighting only add to the drama.

Esra Bilgiç Does Not Owe You An Explanation for Her Lifestyle

This isn’t the first time the Ramo star’s moves made waves. Previously, an old video of Esra Bilgiç dancing at party surfaced. Although no one can tell what the cause for the celebration was, the clip went viral.

The actress is seen donning a white jumpsuit and throwing some moves with her ex-husband, Gökhan Töre, who is seen in the video as well. If it is indeed the footballer in the video, then this clip is actually from around two years ago because the couple divorced in 2019.

Aside from her stunning good looks and astounding acting skills looks like she can hold her own on the dance floor.

In another video that surfaced online, Esra Bilgiç was seen getting down on the dance floor with her gal pals. This video seemed to be of another festive occasion.

Since the popularity of Dirilis: Ertugrul skyrocketed in Pakistan, Esra Bilgic has been among the most popular Turkish stars in Pakistan. From her verbal altercation with Priyanka Chopra over her ‘Jai Hind’ comment to potential nuclear war, to her love for Pakistani fans, the actress continues to win hearts.

Although her Pakistani trolls will go after the starlet from time to time, she thanks her Pakistani fans for the love and has openly voiced the desire to visit Pakistan.