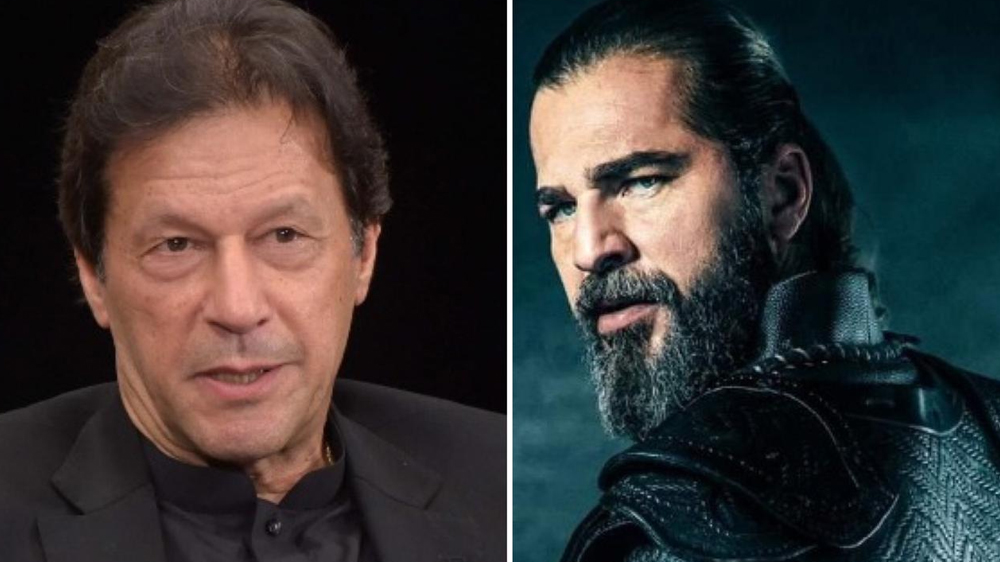 It’s no mystery that Prime Minister Imran Khan loves Dirilis Ertugrul. So much that he ordered PTV to bring it in Urdu for the Pakistani audience.

Of course, now that its out there in the wild, the show has all but smashed records on PTV’s YouTube channel. And why wouldn’t it?  The show contains an enjoyable plot, a rich cast of characters, and stellar production qualities. As a bonus, it being based on Islamic history as well as the ascent of the Ottoman Empire also added to its appeal. If anything, all this tells you how entertainment-starved folks are for quality content.

However, since this show was recommended by the Prime Minister, certain quarters are not too happy about how Dirilis Ertugrul ‘threatens our Pakistani culture and identity.’

Ummm… a mere TV show threatens our ‘Pakistaniyat?’ What is this, a boring Pak Studies class? This too from people who pride themselves on being open-minded in their thinking.

Suddenly, some folks have taken it upon themselves to become gatekeepers of what should be considered as OK and not OK for Pakistan audiences and culture:

His nation on the brinks of collapse, and he's watching Turkish dramas..

This is Leadership, folks!

General Yahya Khan did something similar before the nation lost a half…
https://t.co/g5KR8mizqm

Why is #PTV promoting a #Turkish soap #Ertugrul? It is a gripping series but can b seen on commercial channels. #PTV should promote our local history, talent&shows instead of basking in the glory of #Turkish medieval warriors! Never seen #PTV getting so excited for our own talent pic.twitter.com/K24qiKfHAX

We are such unfortunate nation, every leader come up with imported model to fit us in. Now @ImranKhanPTI is selling us Turkish history. We are not Arab or Turks man, Come one. Fuk them #ErtugrulYouTubeRecord #ErtugrulGhazi

To be honest, I particularly liked how Mere Pass Tum Ho featured an elaborate heist in the Bank of Spain. Everybody loved that show right? Oh wait, that was Money Heist. At least it wasn’t recommended by Imran Khan, therefore, a bunch of Spanish speaking characters did not succeed in threatening our cultural values.

Not in Line with Pakistani Culture?

It’s a TV show, you guys. People will talk about it and then move on to whatever the next biggest craze is. Remember Game of Thrones? Yeah me neither.

And then there’s this take, which is wrong on so many levels:

We've many beautiful cultures in Pak but many still face a identity crisis which is also seen in our diaspora. Being ourselves often causes "Goras" to confuse us as Indians due to our similarities so we mimicked Arabs tracing our roots to Bin Qasim. Now we're trying being Turks

This counterargument sums up why it is disingenuous to link one’s culture being threatened by a TV show:

People can choose to be whatever they want. I thought you were all for freedom. The only insecure ones are the ones currently hyperventilating over a TV series being shown on PTV. We didn't become Lannisters by watching Game of Thrones. We won't become Turks by watching Ertugrul. https://t.co/bbysL6Bq3a

We should realize that it’s not all bad. When it works, cross-cultural exchanges can also lead to something beautiful. Take this example:

A Baloch musician is playing the catchy Bella Ciao theme song from Money Heist? How dare this musician foist that Italian song about revolution down our throats! *Sarcasm*

Let’s look back a little further. Heavens did not fall when two Turkish dramas Mera Sultan and Ishq e Mamnoon were aired since 2012. At least not by non-showbiz folks and that too during Nawaz Sharif’s administration.

Turkey earned more than $60 million in 2011 from exporting over 100 TV series to more than 20 countries, according to the Oxford Business Group.

Call it a combination of vindictive politics, petty egos, and a very ugly discourse that has been spearheaded by all major Pakistani political parties both online and offline. This sorry state of affairs has no place nor business in policing what kind of content Pakistani audiences can consume.

Pakistan is a glorious smorgasbord of cultures. One of them is Turkish. Others are Arab, Persian, Indian and Khorasani.

The most recent addition: Anglophone Western.

None are particularly better (or worse) than another.

Your problem with Ertugul is yours, not Pakistan’s.

An overreliance on identity politics, and a desperate desire to retcon history to reinforce modern ideological preoccupations is a serious indicator of insecurity. And nothing is unsexier than insecurity.

If anything, this whole brouhaha lays bare how political partisanship has brought out the petty side of human nature. PM IK deserves to be criticized for his shortcomings because as a leader he is held to a higher standard. But the latest campaign against him over a mere TV show? It’s a laughable own goal by his critics.

It’s not a total loss though. At least we got some quality trolling out of the whole issue.

Yesterday I almost bought some Turkish delight for iftar but then I remebered by Indian/Afghan roots and bought gulab jamun instead. Phew. Bachat hogayi.

I think I downloaded the wrong Ertugrul pic.twitter.com/fbsT4Vg6R5

I have stopped watching westerns so should you. It's not our culture, please stop trying to be gun slinging Americans. Guns are so offensive and detrimental to our Gandasa and Kulhari culture. Don't know why some of you wannabe Westerns so bad, we have nothing in common. https://t.co/5acHPzCJgU

He’s got a point. I watched Narcos, three weeks later I grew a moustache and started pushing coke across the Indus https://t.co/LdHlhRZ4Dq

Of course, art is political. But at the end of the day, we all want to enjoy a good old show that’s not another shouting match on a Pakistani current affairs show, or a drama with damsels in distress, saas-bahu issues, and brain dead plots that we have seen before. If anything, our drama industry needs to push out engrossing content in a variety of other genres.

Before we end this post, here’s something for you to ponder about. Remember Tom Cruise in Top Gun, and blasting ‘Highway to the Danger Zone’ on your car stereo in 80s Pakistan? How many of us realized that Tom Cruise was selling us a slickly produced propaganda piece about the American Air Force’s superior might? It worked, didn’t it? But thank God there was no Twitter back.

Hopefully, our readers can draw up their own conclusions. But for now, I need to check if Dirilis Ertugrul made me forget my cultural values. Govinda certainly did try his best in the 90s but alas, that did not take.