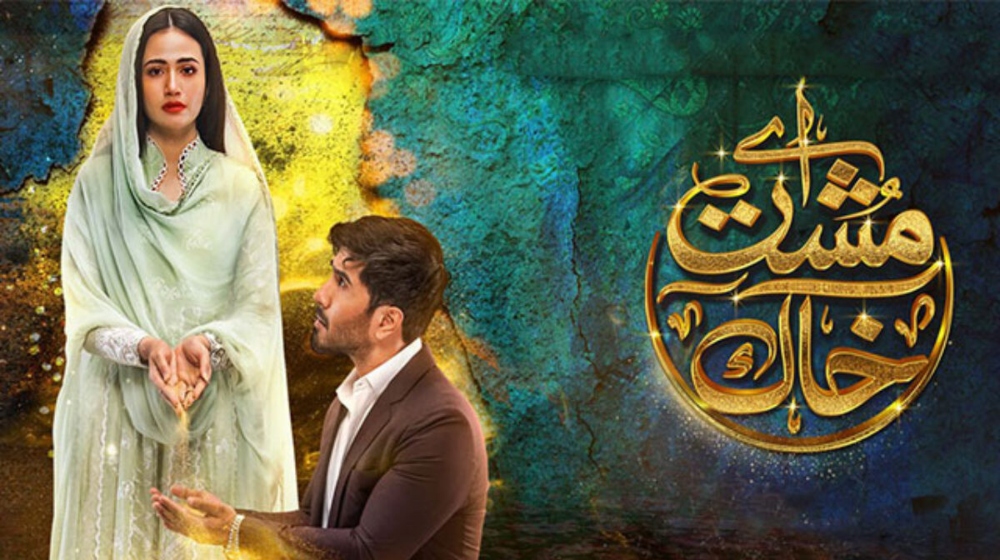 Feroze Khan and Sana Javed teamed up for another drama serial, but it is trending on social media for all the wrong reasons. Drama serial ‘Aye Musht-e-Khaak‘ is being trolled for haram policing.

The term haram policing, as the name suggests, describes when people use religion to try and upstage other people. This involves condescending and establishing one’s position on moral high ground.

So when drama serial Aye Musht-e-Khaak tried to school people on ‘halal relationships’ Netizens were having none of it.

Initially what looked like a story between a narcissist boy and a naive girl, turned out to be a concept that touches atheism, legality of marriage of individuals with different faith & the journey towards spirituality in love. Thank You #FerozeKhan for choosing #AyeMushtEKhaak https://t.co/UaEKH3AGky

Especially with more toxic masculinity and another lying, cheating husband.

"Why r u asking such a personal question,u fool"
Mustajab has lost his control
He doesn't let Dayan to tell anything to Dua about his past life
There must be something serious rather than his relationships which he trying his best to hide from Dua#FerozeKhan #AyeMushtEKhaak pic.twitter.com/drm2Fbinj4

Not to mention ‘the docile woman gets the man’ stereotype.

I would have preferred it if she had said to him (you are a liar and a manipulator and I hate your attitude towards my brother) instead of spewing that nonsense about being practical and not knowing if she will miss him.#FerozeKhan#AyeMushtEKhaak https://t.co/8HCYkmpMpL

Really Dua? You couldn't force yourself to say something nice to your husband before he leaves?
She gives the impression that she doesn't really care about him 🙄#AyeMushtEKhaak#FerozeKhan #SanaJaved pic.twitter.com/hbq93AAXvM

Then of course there were memes.

What do you have to say about the religious themes the drama serial touches on? Are they accurate, are they skewed? Are they just haram policing? Let us know in the comments below.