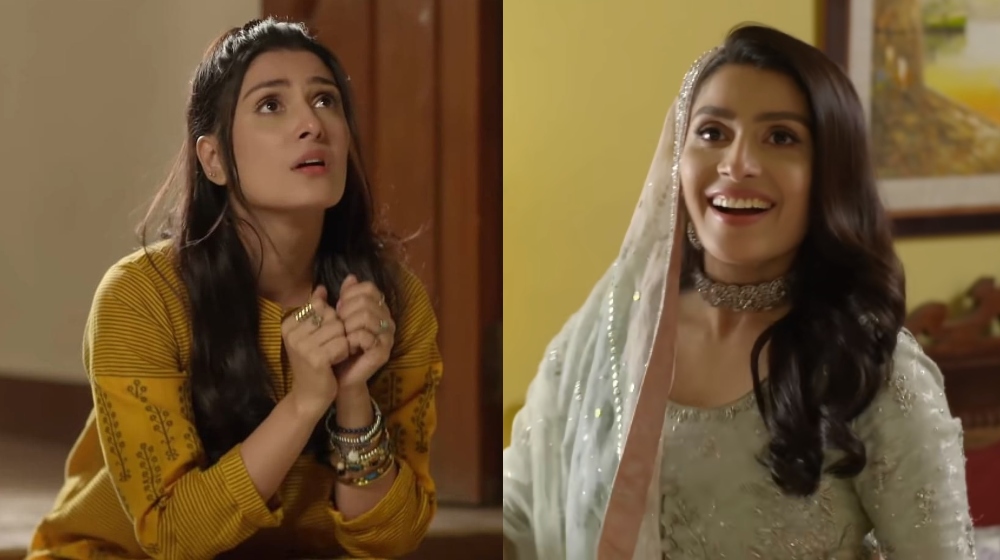 There have been mixed feelings about Ayeza Khan playing ‘Meenu‘ in Chupke Chupke. Some thought she was too old to play the role of a failing university student in her mid to late 20s. While others just loved how she portrayed the character.

So what does Ayeza Khan have to say about this? The starlet seems to have enjoyed Meenu as we did. In an Instagram livestream, the Mere Meherban actress asserts that her own personality is like that of Meenu.

Ali Safina Opens Up About Playing ‘Miskeen’ in ‘Chupke Chupke’

She talked about how audiences don’t really know her, they only know the characters she plays on screen. However, those who know her are aware she has a Meenu-like avatar deep down.

“My mother and my friends know that somewhere inside there’s a Meenu inside me who breaks things, makes a lot of mistakes, falls and stumbles,” said Ayeza Khan

The Koi Chand Rakh actress asserts that many things came to her naturally on set, and she didn’t have to try too hard while essaying Meenu.

She then talked about facing difficulty portraying serious roles like ‘Mehru’ in Meharposh and ‘Mehwish’ in Mere Paas Tum Ho. Meanwhile playing Meenu was a breeze. This is the first time we saw the actress play a carefree and comedic character.

How do you feel about Ayeza Khan saying Meenu was the most relatable character she essayed. What do you think of someone even Ayeza Khan acting like Meenu in real life?

Previously Chupke Chupke writer Saima Akram Chaudhry revealed that she based the character of Meenu on a real person. Meenu is based on her best friend, writer Misbah Nausheen. Saima Akram talked about being inspired by the Ishq Tamasha actress to create this carefree character.