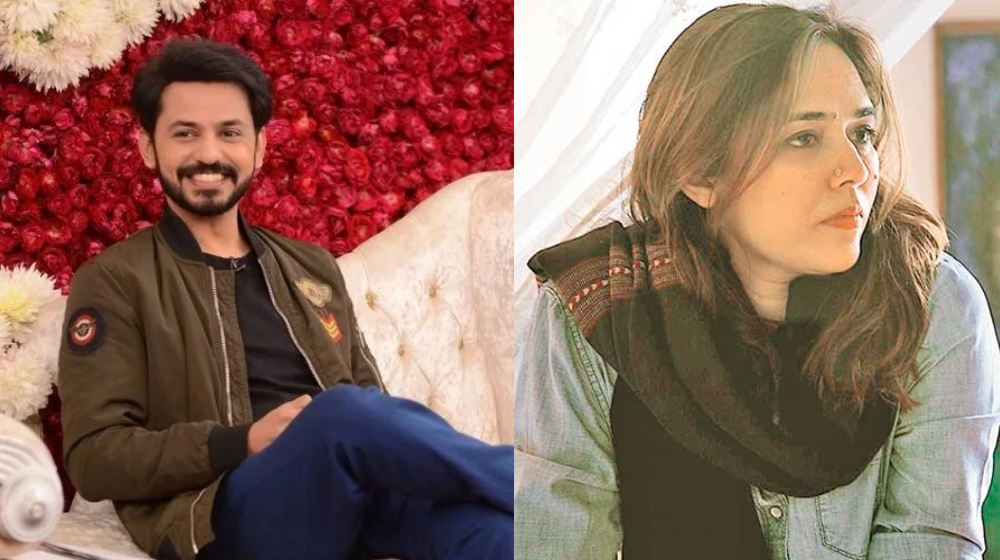 In an Instagram post, the Jackson Heights creator shared how the quality of drama serials has deteriorated. From sub-par storylines to overdramatic productions.

“Why have most of our dramas become like Indian soap operas? Bad lighting, non-stop carpet music, perfect blow drys for women, the subtle stubble/beard for men. Everyone in constant trauma & shouting or crying & 1000 ep of a streached out storyline. Kahan kho gaiye wo lamhey?” 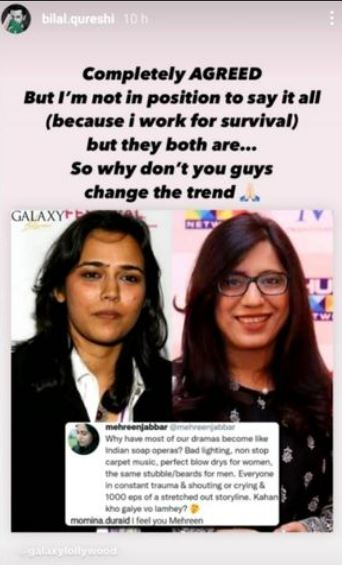 Even Hum Television Network’s Momina Duraid agreed. Soon afterward, actor Bilal Qureshi also chimed in his agreement. He added that while he agrees unfortunately as an artist he does not have the liberty to do anything. He must take the projects he is offered.

On the other hand, as a director and producer, both Mehreen Jabbar and Momina Duraid have the means to change the trend in the drama scene.

It is pertinent to mention that Mehreen Jabbar is making an effort to bring forth genuine and interesting content for audiences. Her last work was a web series for Zee5, the Indian digital streaming platform. The web series, Ek Jhooti Love Story cast Madiha Imam and Bilal Abbas Khan in key roles.

She is the director behind revered projects like Doraha, Mata-e-Jaan Hai Tu, Rehaai, Daam, Vasl, and Jackson Heights to name a few. Aside from the drama scene, she has also created critically acclaimed films like Ramchand Pakistan and Dobara Phir Se as well.

Meanwhile, Hum TV’s MD Productions doesn’t stray too far from the kind of projects the Mera Naam Yousaf Hai creator was complaining about.

For instance drama serial Zebaish invited criticism for similar reasons. Then there was Juda Huay Kuch Is Tarah which also invited critique.