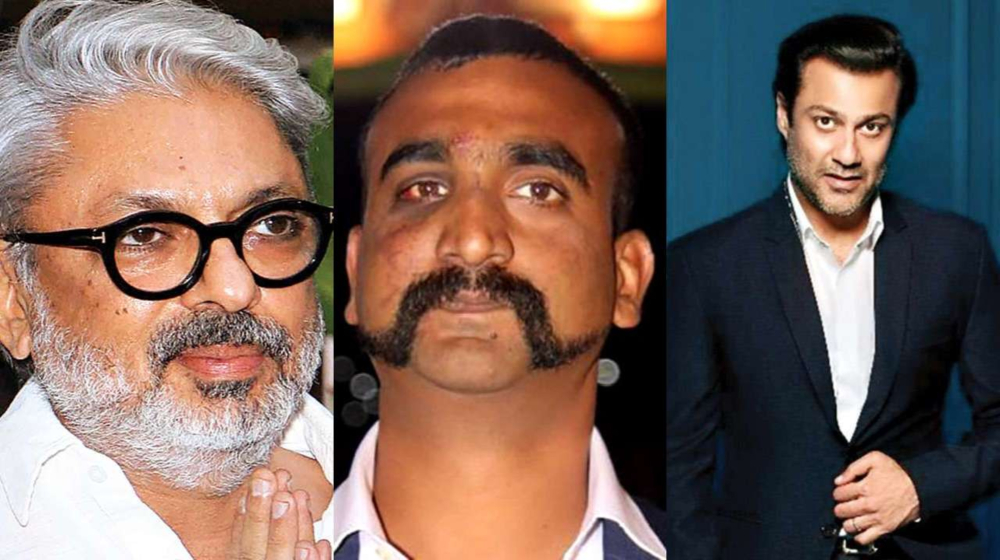 While the Indian media is busy scrambling for TRPs with their warmongering antics, Bollywood is also cashing in on the Pulwama attack and Balakot airstrike.

Sanjay Leela Bhansali is one of the first to cash in, and he’ll be helming the movie. Bhansali will be joined by Bhushan Kumar, Abhishek Kapoor and Mahaveer Jain for a film on the recent Balakot air strikes.

It goes without saying that these film-makers will take liberties with what happened on ground, just like their media channels did (remember Uri?). We can’t wait to see how many stories (read tall claims) will grace the big screen version.

The scripting will require minimal work with the theatrical way the story was projected by government officials and Indian media alike. One less headache for Bhansali and co., we think.

Now that the theatrical director has the most imaginative story of this time (pun intended), what is his next move? Maybe they will fixing the plot holes, something that even the government is finding hard to nowadays.

What About the Cast?

The story alone may not be enough to capture audiences, so the big guns will have to be called in. An A-list cast will be approached for that extra oommph (hope it doesn’t end up like Justice League though).

The main role will be that of Wing Commander Abhinandan Varthaman, of course. We can only think of Ajay Devgn in that role.

Read somewhere Bollywood is thinking of a movie on Abhinandan with Ajay Devgn as lead. Real life inspirational movies are welcomed.#WelcomeHomeAbhinandan pic.twitter.com/eAJ9cyC9kN

Since its going to be a war movie, perhaps Bollywood might go with the trend of real soldiers playing soldiers.

With all the money at stake, film-makers may not want to do that. WC Abhinandan’s factual account of Pakistan will only add to the plot holes in the official script…we mean story.

The success of Uri: The Surgical Strike started an era of war films. Indian producers are tapping into nationalistic fervor whenever they can, not even considering the fact that they might be promoting xenophobia instead of patriotism.

Many film-makers rushed to register movie titles like Balakot, Pulwama: The Deadly Attack, Surgical Strike 2.0, How’s The Josh? and more after the recent attacks.

Not all producers intend to go through with these potential new projects. Most of them only obtained rights to these titles to sell to others. Talk about a being a patent troll.