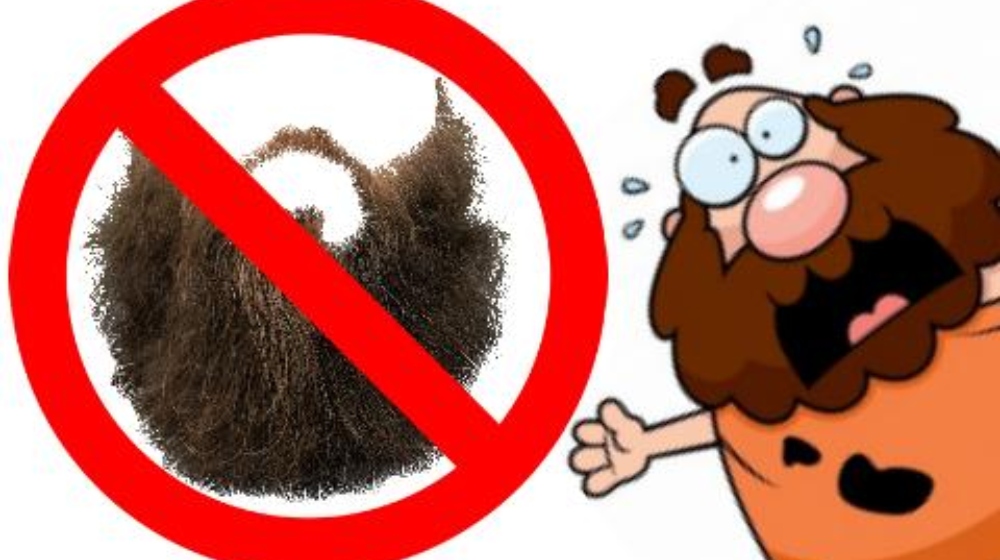 After mandatory burka for school girls comes another such retrogressive step in the same region. In another area in Khyber Pakhtunkhwa (KP), police actually helped enforce an unofficial beard styling ban because the practice has been deemed ‘un-Islamic’.

This development comes across the heels of a barber’s union in Charsadda, who earlier imposed an unofficial beard styling ban in the area. That means no more stylish beards. They dubbed the grooming practice as ‘un-Islamic’, and claimed that it is against Sunnah.

While this ban is unofficial and not legally binding, the Khyber Pakhtunkhwa police in Shabqadar tehsil of Charsadda took the liberty to detained some four barbers for violating the ban on October, 3rd.

The Khyber Pakhtunkhwa Police detained four barbers for styling beards in Shabqadar tehsil of Charsadda District. As per the reports, the barbers had violated an unofficial ban imposed by the local trade union on trimming and styling of beards, calling such beards ‘un-Islamic‘. pic.twitter.com/ahF9GgG7zG

A fine of 5,000 rupees was imposed on the ‘culprits’ for styling beards.

That’s when the issue was highlighted on social media. Of course word of this got overseas and now we’re back to square one as far as positive image building is concerned.

This is stupid, backwards and embarrassing for Pakistan. Sort it out. There is no room for such things in this day and age.
Why is extremism allowed to flourish.

Man Behind the Beard Styling Ban

Sameen, the president of the All Pakistan Hairdresser Union’s Charsadda chapter first came up with the idea to ban styling beards.

Most of the union members agreed to the ban when it was imposed. An operation was launched soon after, and barbers were caught ‘red-handed’ in many markets who defied the ban.

There was even a video circulating of Sameen, the district general secretary of the union Yaseen, and a member of the union Asif, guiding police to the barbers leading to their arrest.

Yaseen said that styling a beard is akin to ‘ridiculing Sunnah.’

“We don’t want the barbers to promote this practice.”

How did the Charsadda Police Get Involved

Union member Asif alleges that the Deputy Commissioner attended the meeting that decided to impose the ban.

However, Charsadda DPO said that the administration has not imposed any such restriction.

He stated that the police had detained the barbers over a petty fight between two of them. He claimed that it had nothing to do with beard styles.

In 2016, an anti pedophilia bill was rejected by the people of Pakistan on the basis of being anti Islamic.https://t.co/xbn8pjKUki

This is Age of Enlightenment in #Islam. Muslims have realized the West invented Razors to mock our faith, and corrupt our young.
We demand #FatwahAgainstGillettehttps://t.co/UNxffm7s2K

This new out of Charsadda has perplexed me.

Barbers getting into trouble for being hip.

How is an "unofficial ban" imposed by a shopkeeper union legitimate grounds for barbers to be fined and locked up by police?

On the other hand, Assistant Commissioner of Shabqadar Tehsil,  Jan Syed told Samaa Digital that some members of the hairdressers’ union had come to him and asked him to impose a restriction on the different styles of beards.

He clearly told them that he doesn’t have the authority to enforce such a ban. He did suggest that the union doesn’t need an official ban if all of them have decided not to style beards.

The area residents however aren’t in cahoots on this. They just want to groom their beards as they please. They claimed that the unofficial ban was imposed by the union and four barbers were even detained on the union’s complaint.