This is nothing new when it comes to the Russo brothers because last year they went as far as handing out fake scripts to actors.

In reality Avengers: Endgame’s ending was decided even before the production of Infinity War (reality is what they want it to be).

With actors like Tom Holland (Spiderman) onboard, we understand that such precautionary measures are necessary.

Even actor Mark Ruffalo (Hulk/Bruce Banner) let slip one of the fake endings in an interview with E! News. Mark Ruffalo’s fake ending involved an unexpected marriage. While we know that Pepper Potts and Tony Stark had a wedding coming up based on Ruffalo’s fake spoiler Captain America gets married.

“I shot, like, five different endings to this movie. I didn’t even get a whole script of this movie. I don’t know why. The script I did get had dummy scenes in it. He [pointing to Chris Evans] gets married in this!”

Confirmed: Avengers Endgame and Captain Marvel are Coming to Pakistan This Month!

Mark Cant Be Trusted With the Script

Ruffalo landed into trouble before for accidentally leaking plot details. This is a man that live streamed the first couple minutes of Thor: Ragnorok on Instagram. Since it was an accident, it was only audio.

Because it was a fake ending. There’s no telling if Chris Evans’ Steve Rogers gets married in Endgame. Captain America has been shipped with a number of partners throughout the franchise like Sharon Carter (played by Emily VanCamp), even Bucky Barnes (played by Sebastian Stan)!

In the last crossover movie Infinity War, we saw that Scarlett Johanson’s Black Widow was with Steve Rogers (which may have made things awkward for Bruce Banner).

Marvel has pulled the fake ending routine before. For Infinity War, writers Christopher Markus and Stephen McFeely added shots of Gamora throwing Thanos off the cliff instead of the other way around (you should have seen Infinity War at this point!).

While Marvel Studios is doing whatever it takes to keep the magic and mystery alive. The Russos told Collider that the real ending to Endgame was decided before developing Infinity War.

“When we were working on both Infinity War and Endgame, the first thing we did was break the ending of Endgame.”

Avengers: Endgame Will Blow Up the Pakistani Box Office

This decision is what gave both Infinity War and Endgame the direction they later adopted.

“………..Because we wanted to know where we were going. It’s very hard to tell a story if you don’t know where you’re going. So we have a very specific process with [the writers] where we spent months in a room just talking about a three-page outline. Literally, page one is act one, page two is act two, page three is act three. Because you have to know in a contained document like that, ‘Here’s where we start, here’s what happens in the middle, here’s where it ends.’ If you know that, it’s a lot easier to get to script. A more malleable format to work in a short outline like that, spend your time talking about it and thinking it through. We knew fairly early on how this was gonna end.” 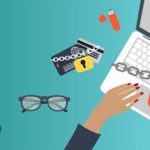 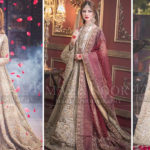