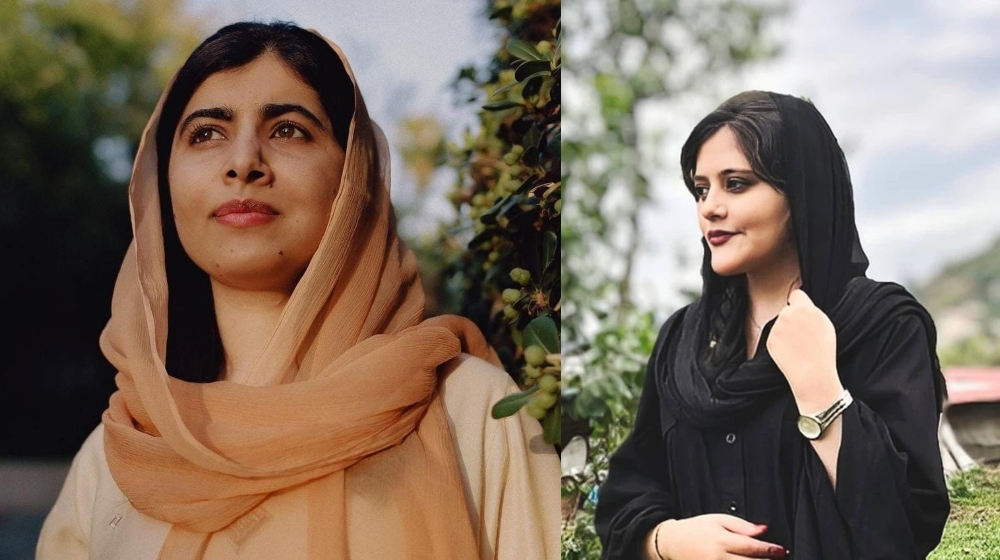 After protests broke out worldwide with women removing and burning hijabs following the killing of Iranian woman, Mahsa Amini, Malala Yousafzai is emphasizing the importance of not policing women’s clothing.

Protests broke out in Iran and all over the world after a 22-year-old girl, Mahsa Amini, was arrested by Tehran’s ‘Morality Police’ for allegedly donning an ‘improper’ hijab. She was reportedly beaten in the police van and was comatose when taken to a hospital. She never recovered or made it out of police custody alive.

This led many women across the world, particularly Iran, to chop off their locks and burn hijabs in protest. Even global celebrities lashed out at the horrific tragedy. This includes supermodel Bella Hadid and pop singer Halsey.

However, this also led to some people ‘hijab bashing’. That’s when Pakistani education activist Malala Yousafzai emphasized the problem of telling women what they can and cannot wear. 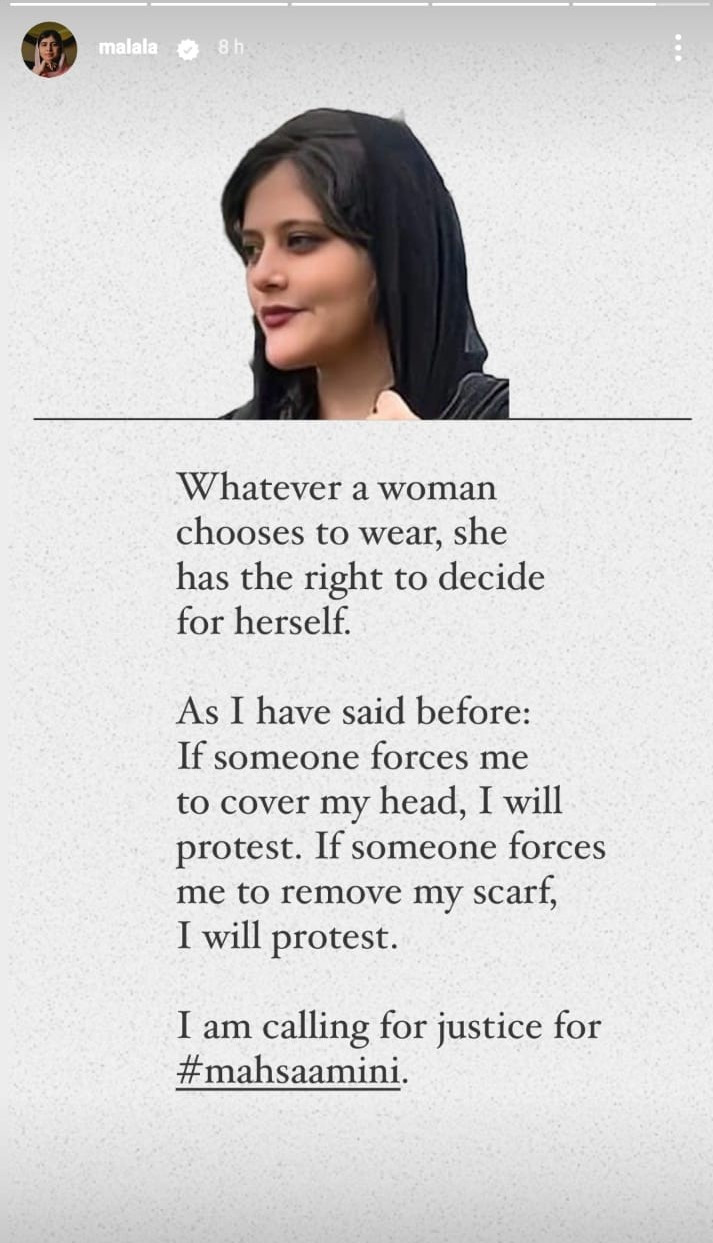 It is pertinent to mention that the Québec education minister once said that the Nobel Peace Prize Laureate would have to remove her scarf in order to teach in the Canadian state. The statement was made regarding the contrast between his meeting with the education activist and Québec’s hijab ban.