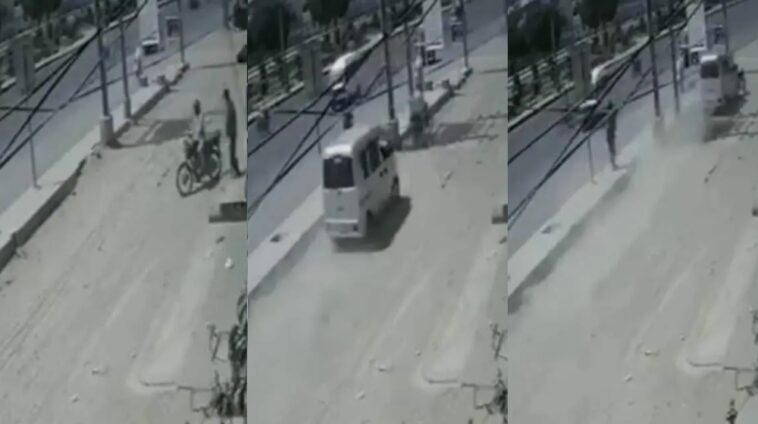 As Karachi continues to witness a rise in street crime, there’s been an unprecedented spike in vigilante justice. In a recent incident, a driver ran over robbers in the middle of a mugging.

CCTV footage of the incident is making rounds online. One man had enough of the rampant street crime and took matters into his own hands. After observing that muggers were holding a man at gunpoint in an attempt to rob him, a car rammed into the criminals.

He ran over them at full speed. It is unclear the degree of injuries sustained by the criminals.

Live GTA gameplay on the streets of Karachi. Kudos to the guy who risked his life and car to crush the snatchers/thieves! pic.twitter.com/nFhVQAglKM

Despite the graphic nature of events, Twitter is lauding the driver.

I hate to say this but police and so called law enforcement agencies are bogus. Seek and destroy is the modus operandi now. No mercy! Public has to come together to fight these pests.

When govt doesn't do its job, country runs on street justice……!!!

Some of the comments were alarming wishing to subject the robbers to violence, rather than face justice.

So satisfying >>>>>
Love to see these snatchers inside their graves. https://t.co/VEqYXvHm30

To beat the crap outta them … I salite that guy !!

Others voiced their opinions on resorting to violence.

Sorry, its not GTA live, its Justice League 2.0

The incident reflects the public’s extreme anger over the lack of security and justice. While authorities are not paying attention to the problem, the public’s frustration is building. Taking the law into your own hands is never wise.

Robbery is one of the most reported street crimes in Karachi since last year. Since the beginning of 2021, numerous Karachiites were victims of armed robberies and snatching at gunpoint. No district of the city remains unscathed.

Recently, a man suspected of looting a citizen near Power House Chowrangi of Surjani Town was caught and tortured by local residents. The Karachiites gave the criminal attempting to snatch a motorcycle a heavy bashing. His accomplice managed to flee from the scene.

In another incident last month, CCTV footage emerged of a robber mugging a shopkeeper in Karachi. The man involved in a series of armed robberies donned a police uniform. 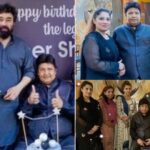 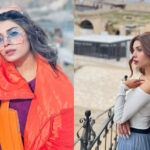