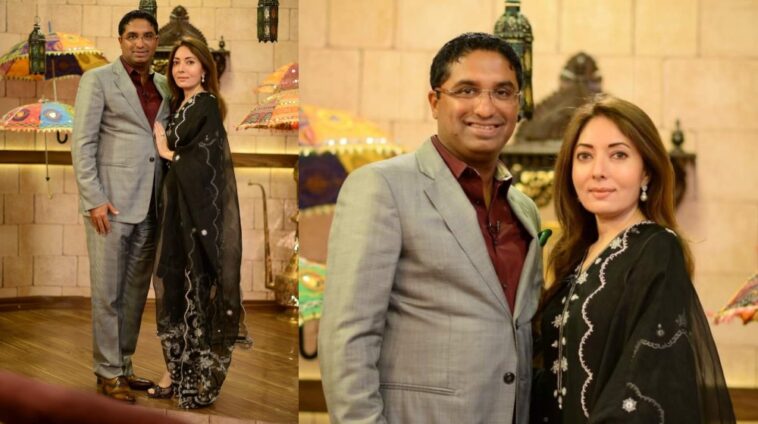 Approaching women is hard, proposing to an assertive woman even harder. Yet, Hasham Riaz Sheikh managed to win over political shieldmaiden, Sharmila Farooqi.

Pakistan People’s Party (PPP) politician Sharmila Farooqi is known for her being as vocal as she is beautiful. Her political career expands over a decade

In their appearance on Shan-e-Suhoor, Nida Yasir managed to get the deets on how Dr Hasham Riaz Sheikh won over his bride.

Sharmila Faruqi’s Cooking Blooper is Making Everyone Troll Her! [Video]

The couple were married in 2015 and have a son together named Hussain. However, Sharmila Farooqi keeps her personal life under wraps.

Recently, Dr Hasham Riaz Sheikh made his first media appearance with Shaan-e-Suhoor. The Dr. spilled the tea on how he proposed to the PPP political leader. Dr. Hasham said it was a daunting task as expected, but convincing his lady love wasn’t the hard part.

“It was not difficult to convince Sharmila, the real task was to convince other people from the family”

Perhaps his classic romantic gesture is how he got the politician to say yes.

“I told my mother, I bought a beautiful dress for her and on 12th February, two days before Valentine’s day I proposed to her in a formal way.”

Her acceptance is even more surprising given how they had only met a few times in a formal setting before Hashm proposed in 2011.

“We have just met three times that too very formally in meetings and sooner after that Hasham proposed me,” said Sharmila Farooqi.

The proprietor of Capital TV shared how he had eyes for Sharmila after those first few meetings.

“I had decided to propose her right after those meetings.”

Good manners will go a long way. Sharmilla was impressed by how her husband exudes that ‘chivalry is not dead‘. She feels he’s a ‘true gentleman‘.

“I noticed Hasham’s qualities. He was a true gentleman in all his manifestations and expressions, when we met he literally used to open the door for me. He never allows his guest to pay, a true gentleman he is.” 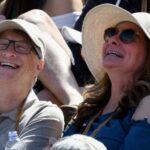 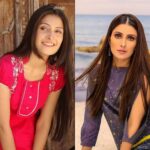