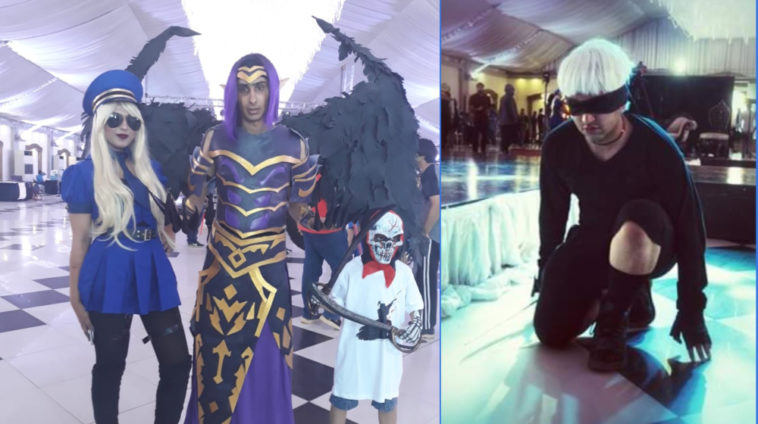 Comic fans are really having a ball in Islamabad. Earlier in February, Islamabad saw cosplayers gather for TwinCon 2019. And just this weekend, comic and anime fans all came together for ICon 2019 in the capital city.

Now ICon is a cosplay event thats held exclusively in Islamabad. However, that didn’t stop cosplayers from Lahore from crashing the party. These people were here for TwinCon 2019 Islamabad as well.

It was a treat seeing all our favorite characters from comics, video games, anime and pop culture just come alive!

Our Favorite Cosplays from ICon 2019

Infact this one guy came from Balochistan just for this (the things we do for cosplay). To add to that, he chose to cosplay as 9s from the game NieR Automata. He played a scanner type android who served during the 14th Machine War (is the machine apocalypse here already?).

People actually put so much thought and heart into characters. Like the fact, 9s assists in investigative purposes but he also has an attack function. The cosplayer claimed that he can relate to the character’s calm and kind personality and we think it shows here.

We all love Steven from Steven Universe. So why not just be him?

There was plenty of girl power at the event too! Take for instance this Harley Quin and Marciline crossover.  Best TV-film crossover or what?

There were plenty of gaming characters roaming about. Like this guy from Vice City…..

Does Diablo need any introduction?

This one’s for the League of Legends fans out there.

Guess who else dropped by? Our very own Desi Deadpool! Yeah, that the Rated R superhero that’s been dropping by in major cities and now he’s in the twin cities (we missed Spiderman though).

Desi Deadpool and Spiderman Are Tearing Up Karachi [Video]

All these cosplayers made their own costumes. Which makes it even more impressive.

Who did it better?

Woah, what is Billy Baxton doing so far from home (sneaking out of school as Shazam again!).

Thanos went casual for the event (he’s in retirement after Endgame, so we understand).

Someone else was also off duty. This off-duty Ninja from Naruto was really working the crowd.

Does anyone remember this Disney character? (Maybe I’m just too old)

Seeing this Digimon character was a walk down memory lane.

Anime made it clear it’s here to stay in the cosplay game. Check out Dark Shadow from Tokoyami.

Pakistanis Just Dressed as their Favorite Characters at TwinCon’19

This guy was cosplaying as Decim from Death Parade. Funny thing is he was Kakashi Sensei at TwinCon 2019.

Someone else filled in that Naruto void, dressing up as Zabuza Momochi.

We also got to see original characters as well, like this Earth Demon. Or maybe it was a trap for this guy to steal our souls…. (restoring the balance). This guy even goes by Ayzee in real-life (when cosplay is life, literally!).

Someone else is also up to something…..what does the Butler want? Veemon do something!!

No cosplay event is complete without Darth Vader. This guy brought together all the franchises with his costume. There’s the Darth Vader headgear from the original series, the Clone Wars bag from the prequel series, and that three-beamed saber that needs no intro.

And of course, no Comic-con is complete without a Harry Potter character. The notorious Sirius Black is out of Azkaban.

Even the kids even pitched in. That is one cool kid who is all in for Minecraft.

By now its evident. Islamabad proves that it has quite a large cosplayer community and it’s still growing. While people do pour in from other cities, we can’t help but appreciate that some folks from Islamabad got this whole cosplay thing in Pakistan off the ground.

We can’t wait for the next cosplay event! And soon! 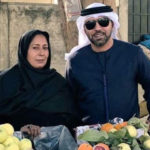 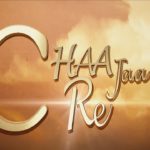