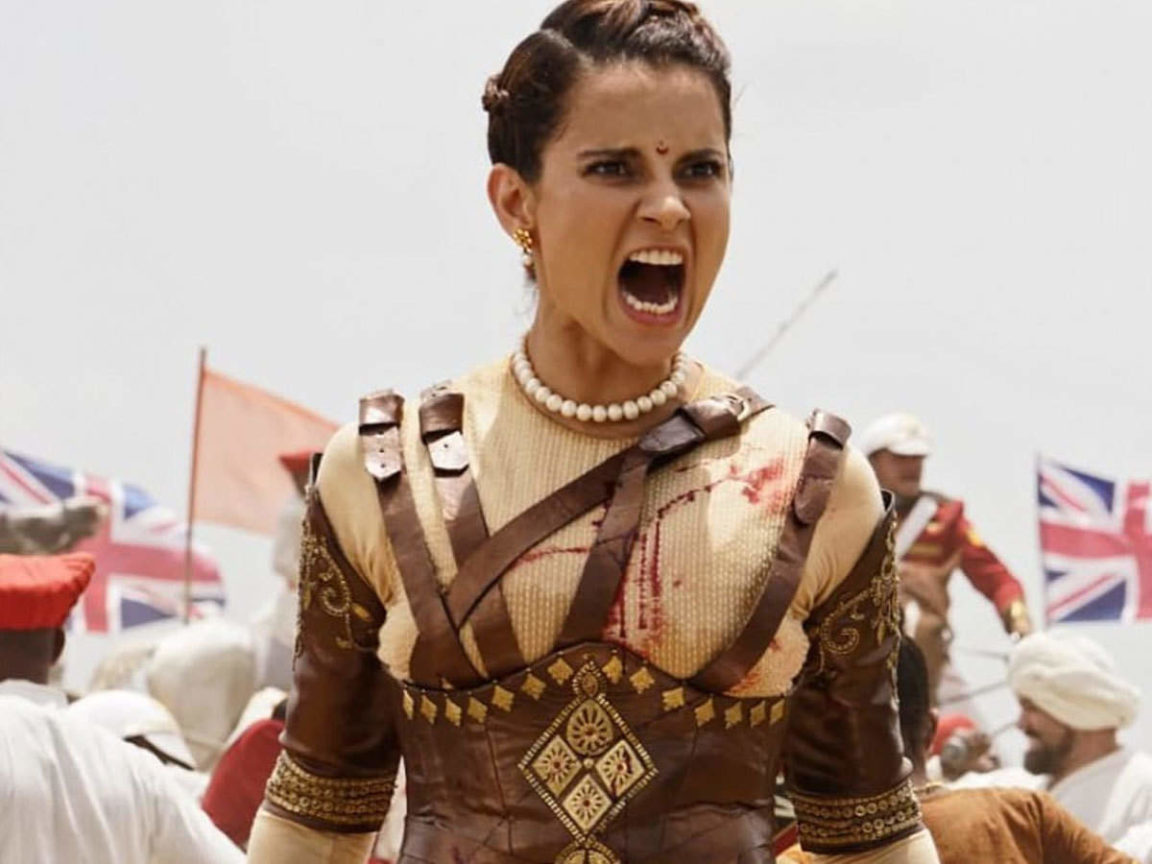 Kangana Ranaut is being trolled for her recent addition to anti-Pakistan statements. This time Indian trolls have joined in on the fun.

After the Pulwama attack on February,14, the Queen actress called for the destruction of Pakistan. Twitterati then had to school her on how life is not a Bollywood movie (nor are we medieval kingdoms at war).

“The destruction of Pakistan should be India’s priority”

A BTS (behind the scenes) video clip of the actress riding a mechanical horse for Manikarnika: The Queen of Jhansi added fuel to the laughter. People called her out for asking for war like a spoiled queen from her throne.

What a horse ride by Kangana 😜😆 pic.twitter.com/uiYcZCJ4qc

When even Indians asked for an explanation, the actress made another preposterous statement (tell one lie and you tell a thousand).

The actress started off by saying her early remark about ‘Pakistan destruction’ was made out of instinct. She said that she was ‘moved by the brutality of the situation‘.

So far we tend to agree with her. But what she said next…. that proved to be her undoing, exposing her for the warmongering person she is.

The Tannu Weds Mannu actress said that people should let go of rational thinking and let instinct take over (what is this Theory of Devolution 101?).

These kinds of juvenile statements, ladies and gentlemen, is why we go to school. And it seems Kangana has lost whatever credibility that she had for speaking sense.

“One shouldn’t be such a victim of his/her mind and in that moment also, you are letting your thought process take over and think what is the best response to this, I don’t really feel that every statement of mine has to be politically correct.”

‘Lets go to the border and fire shots’

The actress then went a step further and said that her instinctive reaction was also to go to the border and fire shots. She made sure not to let her primal instinct take over though (smart lady, knew she couldn’t handle a real gun).

“I sort of felt like going to the border, snatch someone’s gun and do the deed,”

Social media had a lot to say about her statements:

She means the Pakistan border should come to Mumbai.Create sets, she will fire a fake gun and apply tomato ketchup on face?Whole of India will be under josh!

Lol. You mean in a movie with a toy gun!

Throwbacks can bring up some ugly things too.

Her toy rocking horse from moneykarnika should get her to the border. Let her go.

Maybe she said all these controversial things to give publicity to her upcoming film? As a matter of fact, she does have one more film coming in May, 2019.

Is this statement part of acting while facing camera?

'she felt like that' and then she got afraid. 😅

What stopped u Kangana Run-out? @KanganaFanClub

Good explanation on why she had to run-out and couldn’t make it.

Errr, the horse got stuck I guess! 🤔

A perfect lol for the politically incorrect.