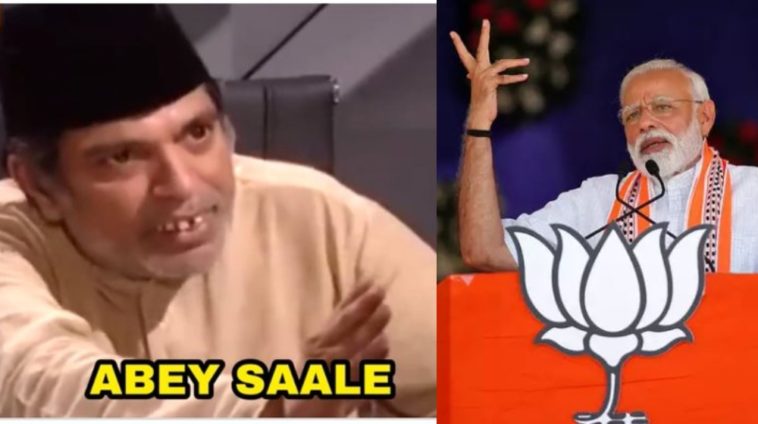 The internal turmoil in Modi’s ‘Bharat’ isn’t just threatening the Indian economy but also proving how creatively bankrupt they are. BJP’s social media handle used a dubbed clip from Moin Akhtar’s political parody ‘Loose Talk‘ for propaganda purposes, except it ended up backfiring in their faces.

Well, now there’s no doubt that after years of Bollywood copying songs and film plots from Pakistan, they won’t even deny copyrights violations anymore. This is not to be confused with owning up to what they did; just shamelessly asserting it.

This is what they shared:

Funny thing is that the ‘geniuses’ who dubbed this clip from Moin Akhtar and Anwar Maqsood’s television show ‘Loose Talk‘ didn’t even try to be creative.

Basically, BJP’s IT cell edited this clip to ridicule those who are opposing the Citizenship Amendment Act (CAA 2019) in India.

Bollywood and thousands of films, yet they couldn’t find one good clip to dub? The buggers not only nicked a clip from a Pak tv show but the structure of the dubbed dialogues too is the same. After moral & political bankruptcy, now introducing Modi Bharat’s creative bankruptcy. https://t.co/Rwb8czAg3Z

This was a popular Pakistani comedy show called 'Loose Talk'. The actor in black topi is the outstanding (late) Moin Akhtar. The host is talented Anwar Maqsood.

You guys bash Pakistan but use its art and actors for election campaigns. Strange. Joke's on you!

This represents the state of comedy in India, where despite the all-across Pakistan hatred, you guys still use our memes, and infringe on copyrights. That too from ruling party's official handle. Wow!

Something Good Came Out Of This

That’s not even the funniest part. Pakistanis brought out their superior sense of humor. And of course, there were memes.

When fascists try to be funny; pic.twitter.com/EHOcKuTcqh

There are far better ways that Moin Akhtar’s lines can be used.

This one is for the idiot who dubbed this video pic.twitter.com/qV1NldnZGq

No really though, what was the thought process here?  ‘The more the merrier‘?

Some times, subtle trolling is the most brutal trolling out there.

Some Netizens were more subtle.

More than 850 Indian TV Channels, Over Thousands of Comedy Shows, 2nd Biggest Film Industry in the World, and about 1.33 Billions of Population.

Is this all about the polls?

Recently BJP has been using memes a lot for ‘creative expression’. With enemies like these, who needs friends to cheer you up (we jest). 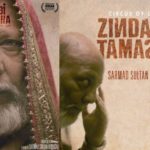 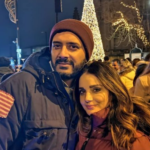