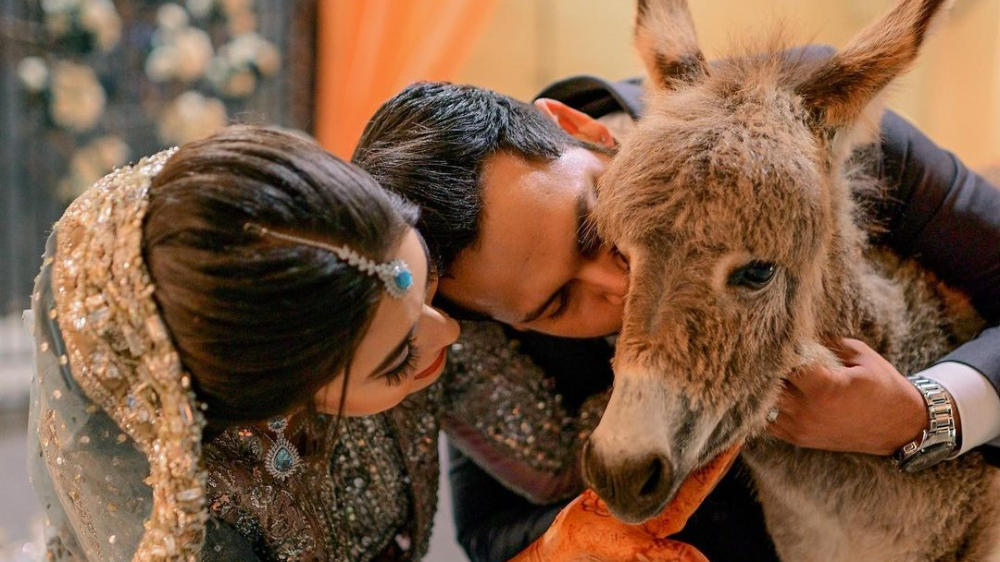 Vikings would give brides kittens as wedding gifts to set up their new households. However, YouTuber Azlan Shah gifted his wife, Warisha Javed, a donkey foal at their walima ceremony on Thursday.

When it comes to pets, most people prefer pedigree and high-breed cats or dogs, but not this bride who has a soft spot for the world’s most common and unloved beast of burden.

Azlan Shah Instagrammed the moment he gifted her the baby and captioned it,

I always knew that Warisha loves baby donkeys so here’s a wedding gift to her from my side. ♥️ P.S: we didn’t separate this baby donkey from his mother, we brought her along. 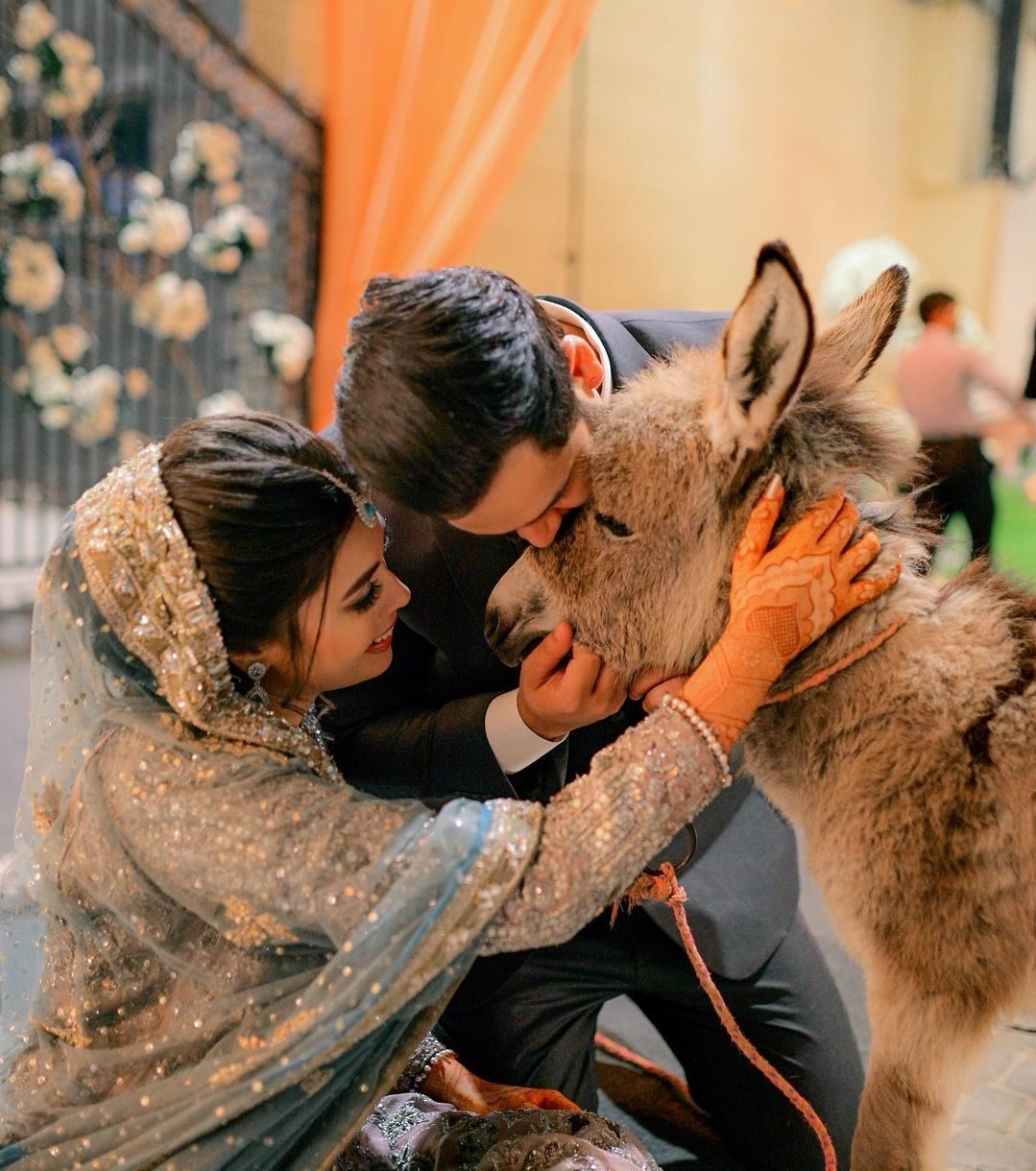 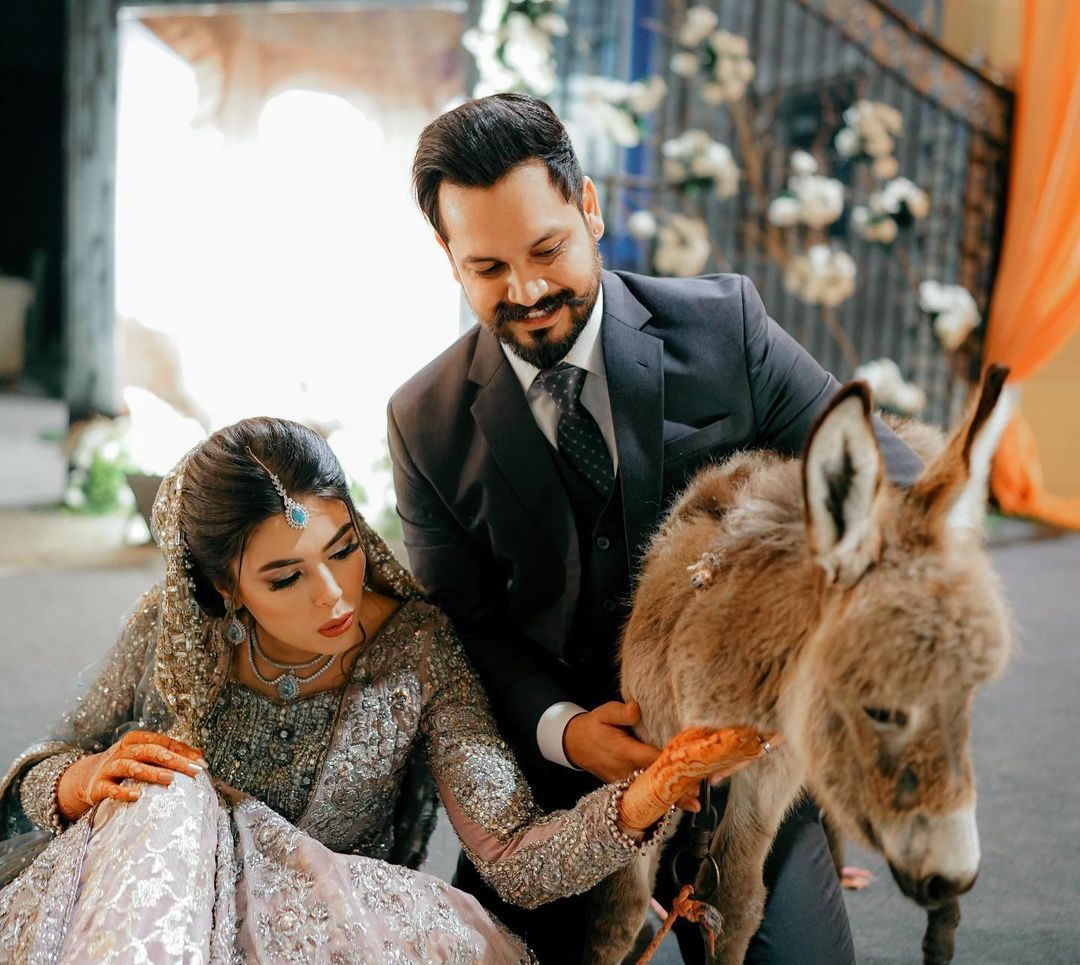 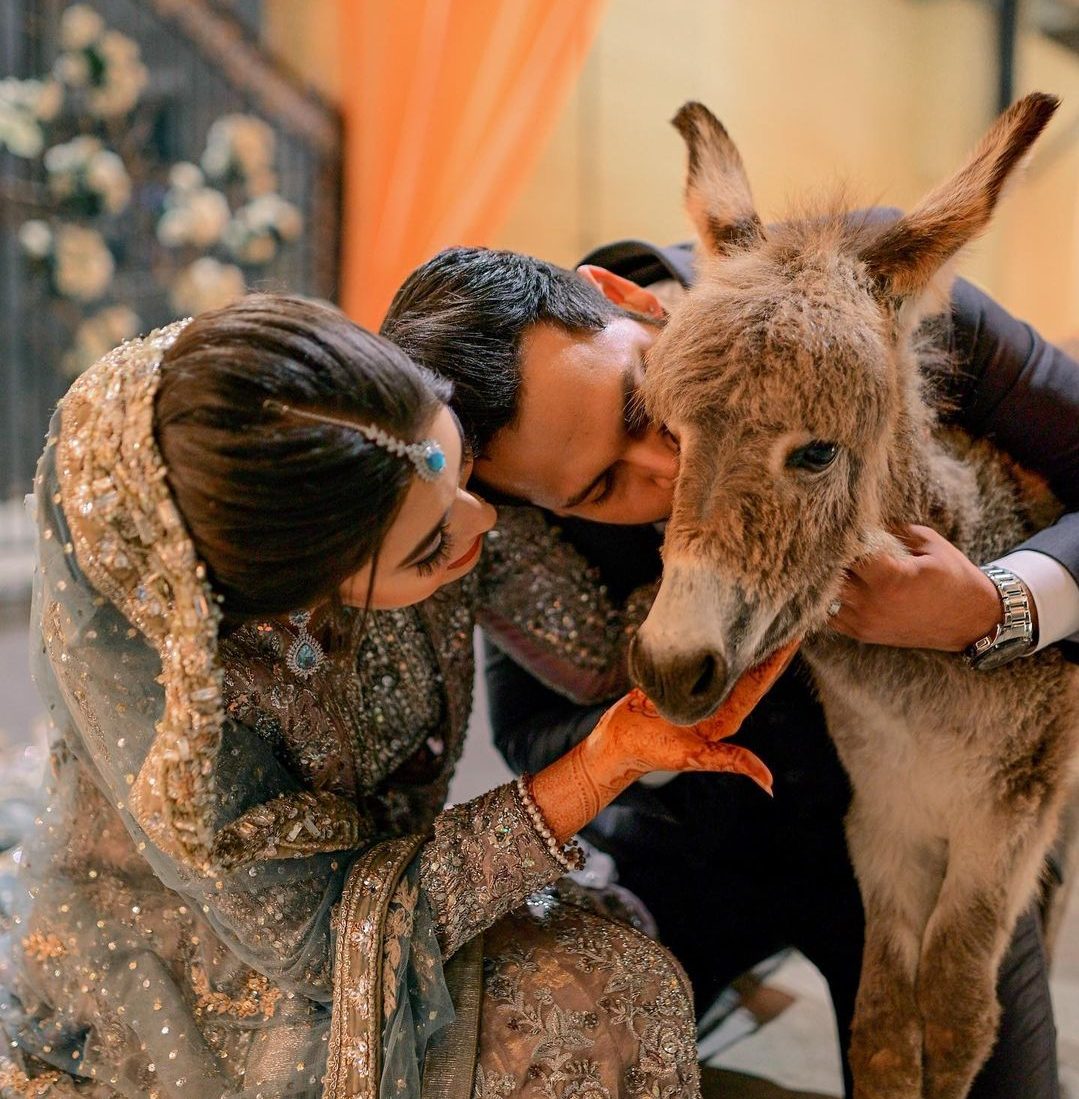 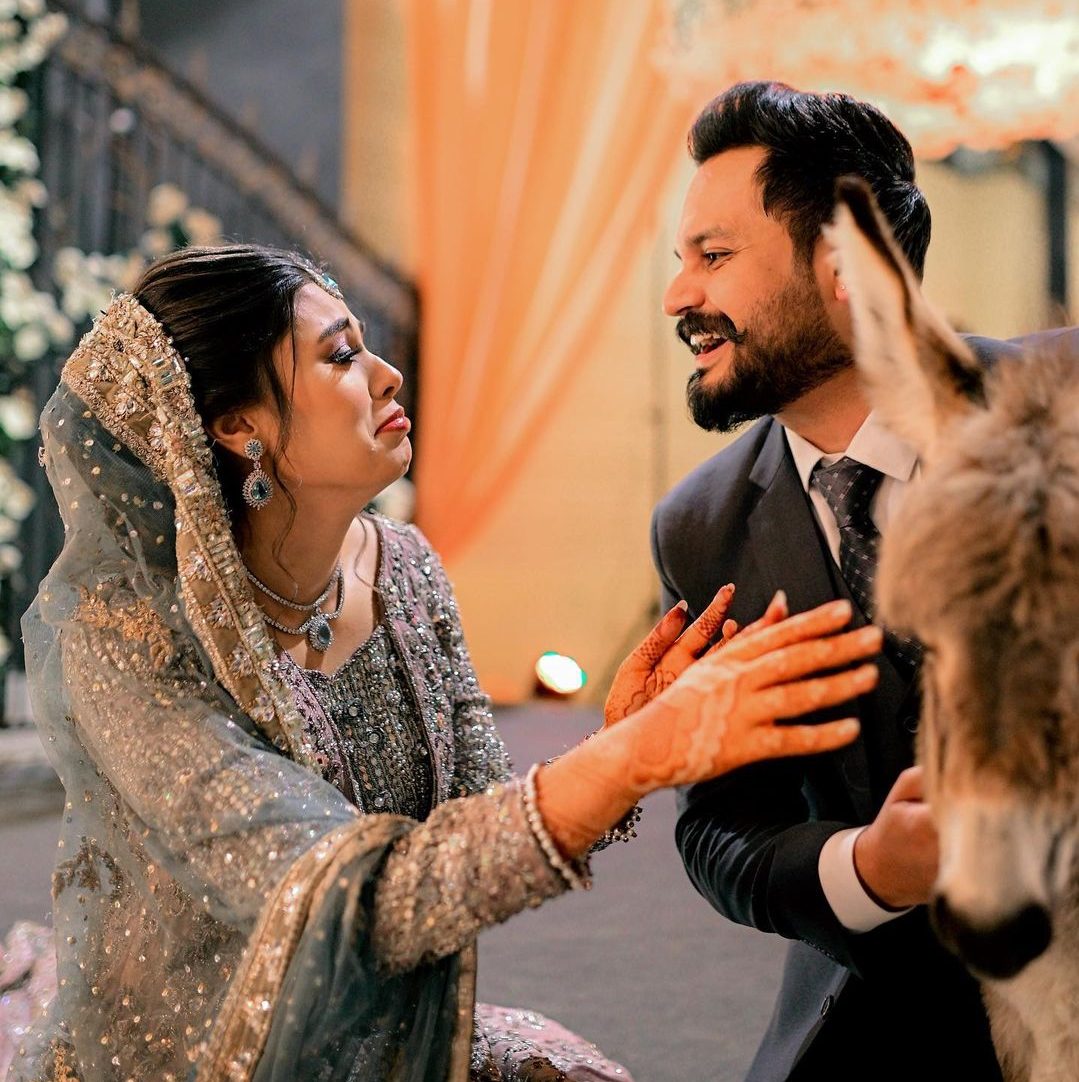 Azlan Shah, who is an animal enthusiast, set social media abuzz with this unique matrimonial gesture that won and melted the hearts of animal lovers, and set new wedding goals for young couples.

The question is, why a donkey? Because it is the most hardworking and loving animal in the world. I love animals, people can say what ever they want but ghaddha (donkey) is my spirit animal.

The couple’s viral gesture got mixed reactions on social media with some people praising their affection for the least-wanted animal, while other trolled them. 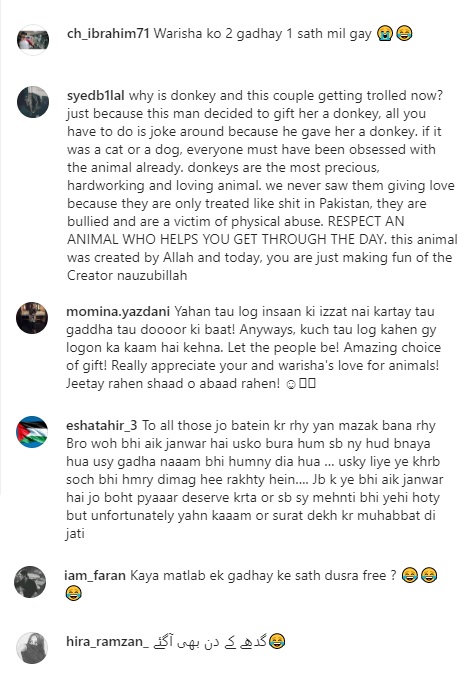 The popular YouTuber tied the knot in a beautiful wedding ceremony this week. The wedding itself was star-studded affair with many showbiz celebrities from the Pakistani entertainment industry in attendance.