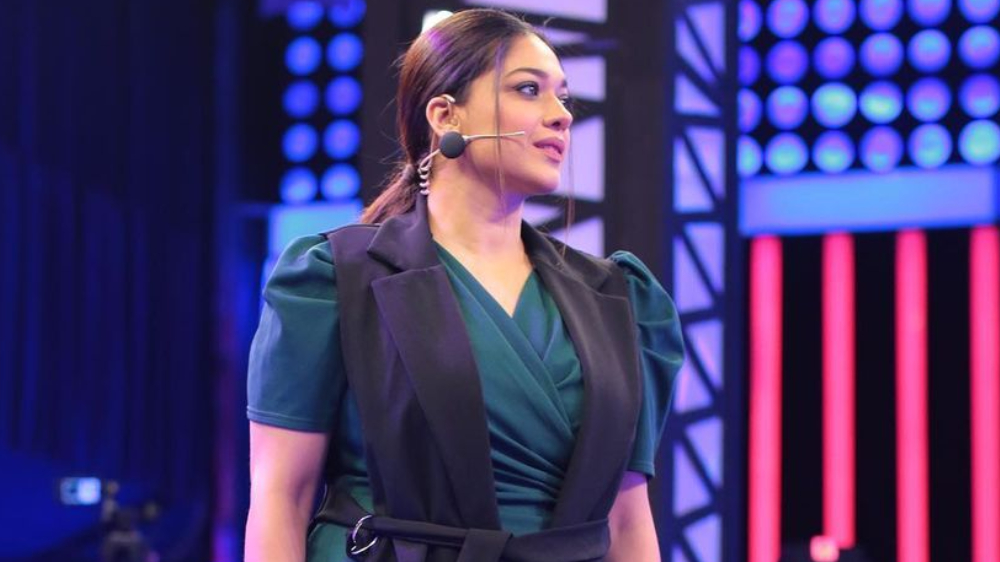 Actress and TV presenter, Sanam Jung, made a fashion statement on social media with a series of stylish clicks on her fans’ Instagram feed on Wednesday. However, an online troll decided to poke fun at her weight.

The Akhri Khilari Kon host is not one to stay quiet as she clapped with a befitting response that has fans celebrating in the comments. 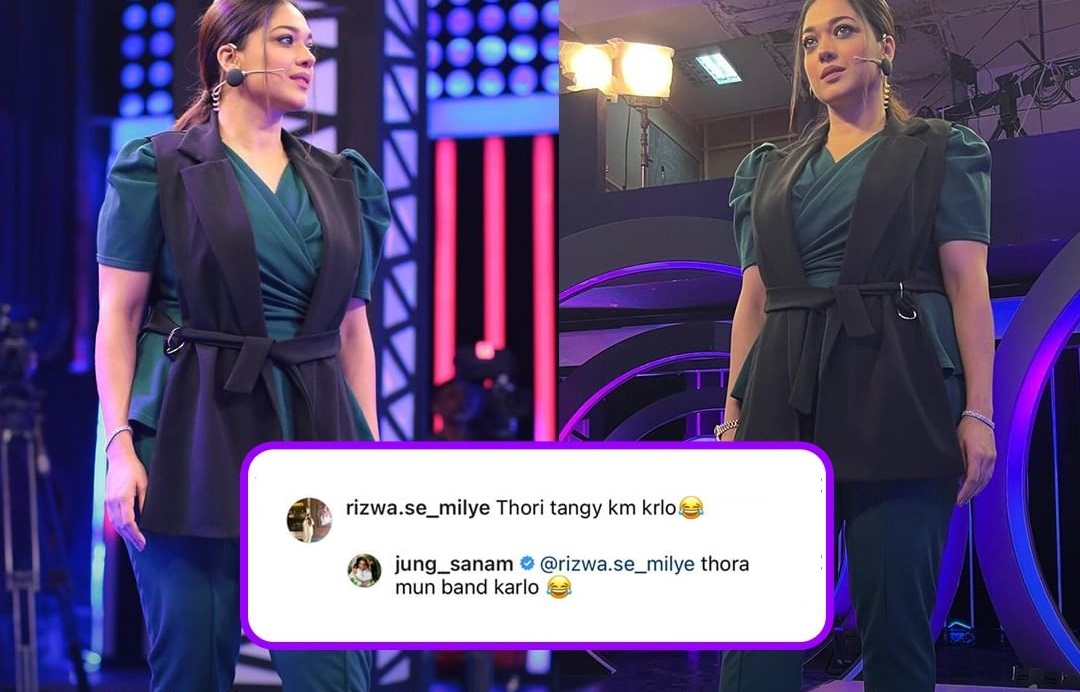 The troll retracted her statement, revealing herself to be a fan who just wanted the Dil-e-Muztar star to notice her.

Sanam Jung captivated fans with some exclusive pictures of herself from the set of her new game show Akhri Khilari Kon on Bol Entertainment. She wore a chic green outfit with a black sleeveless top and high heels from the clothing brand Quiz. Check it out. 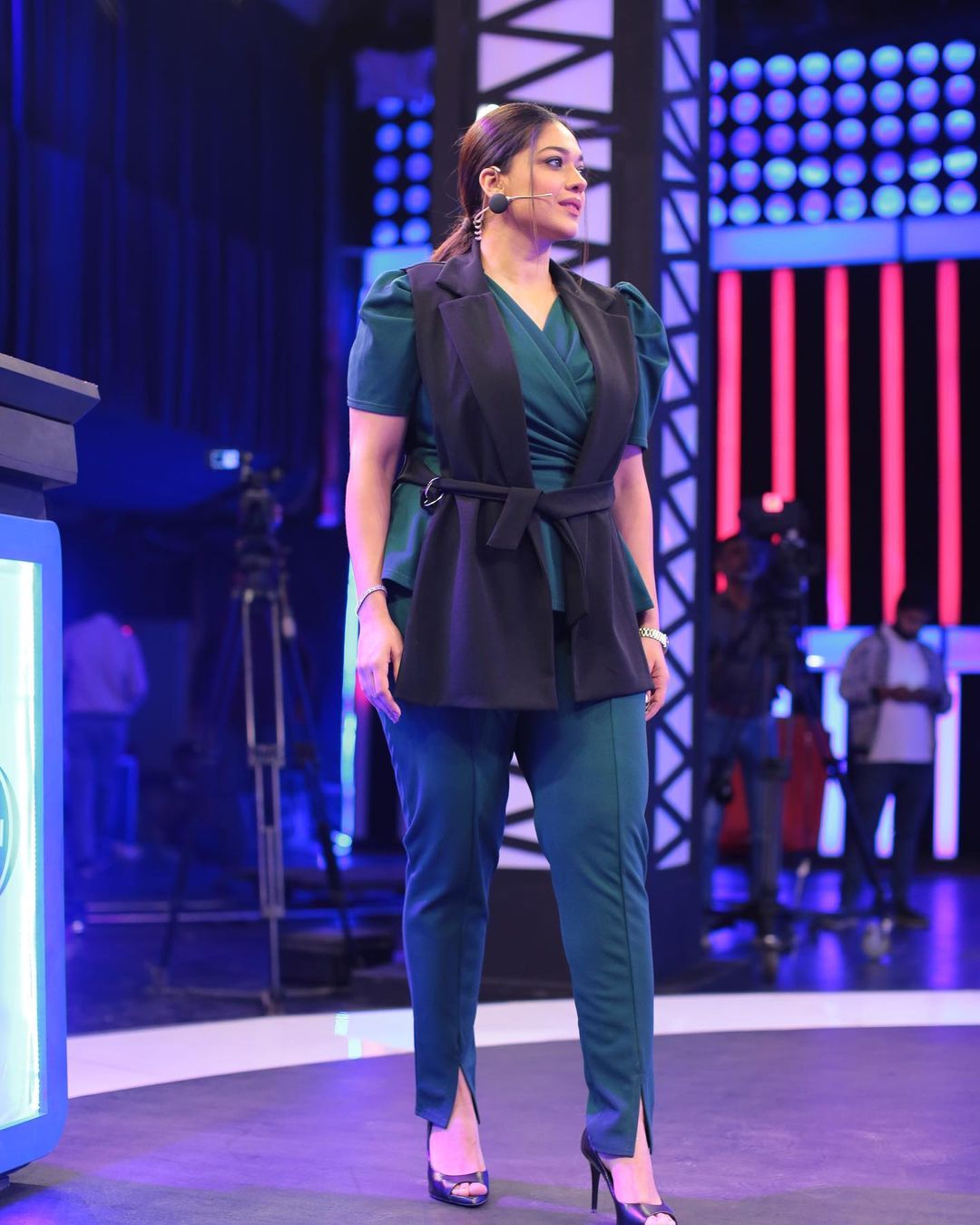 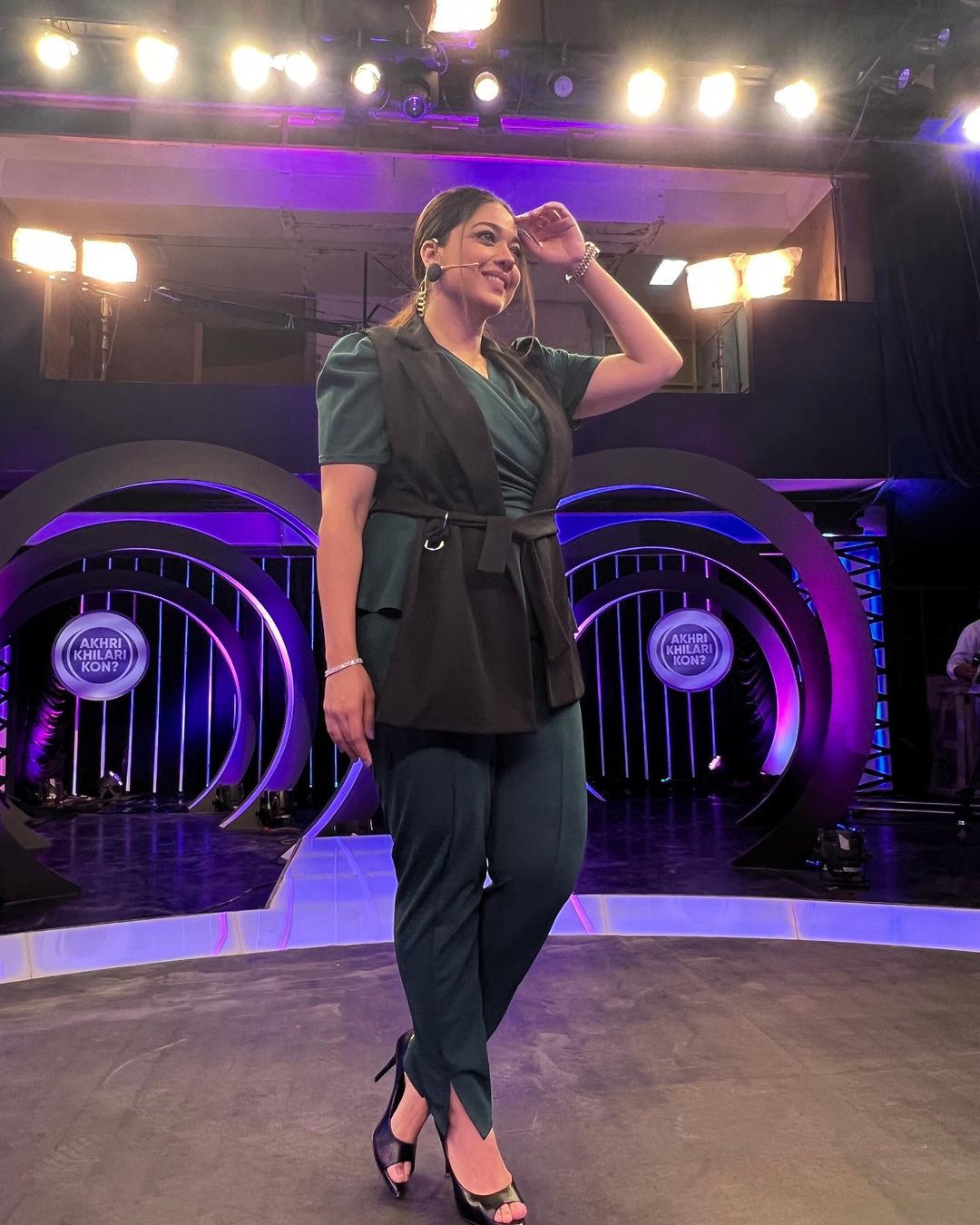 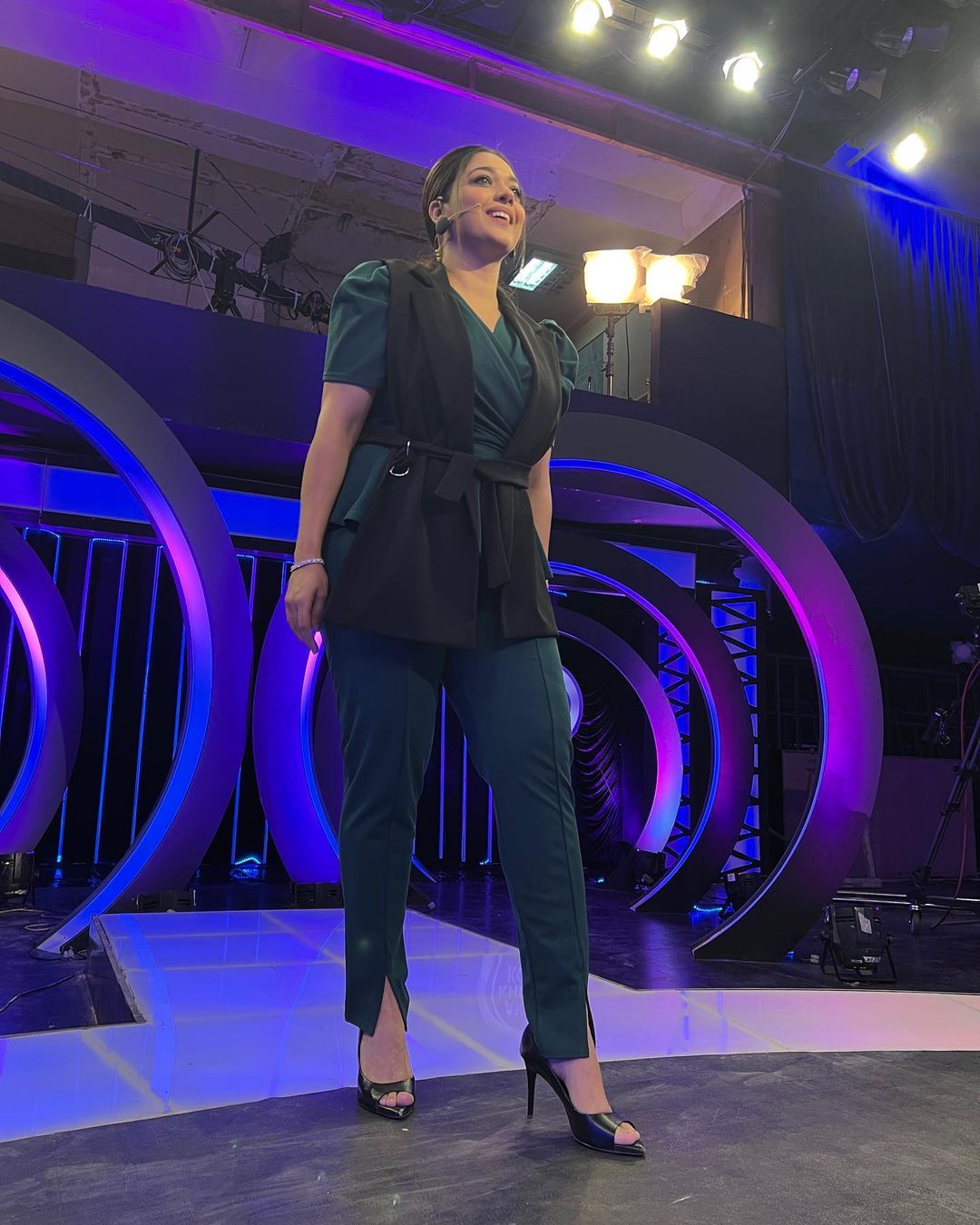 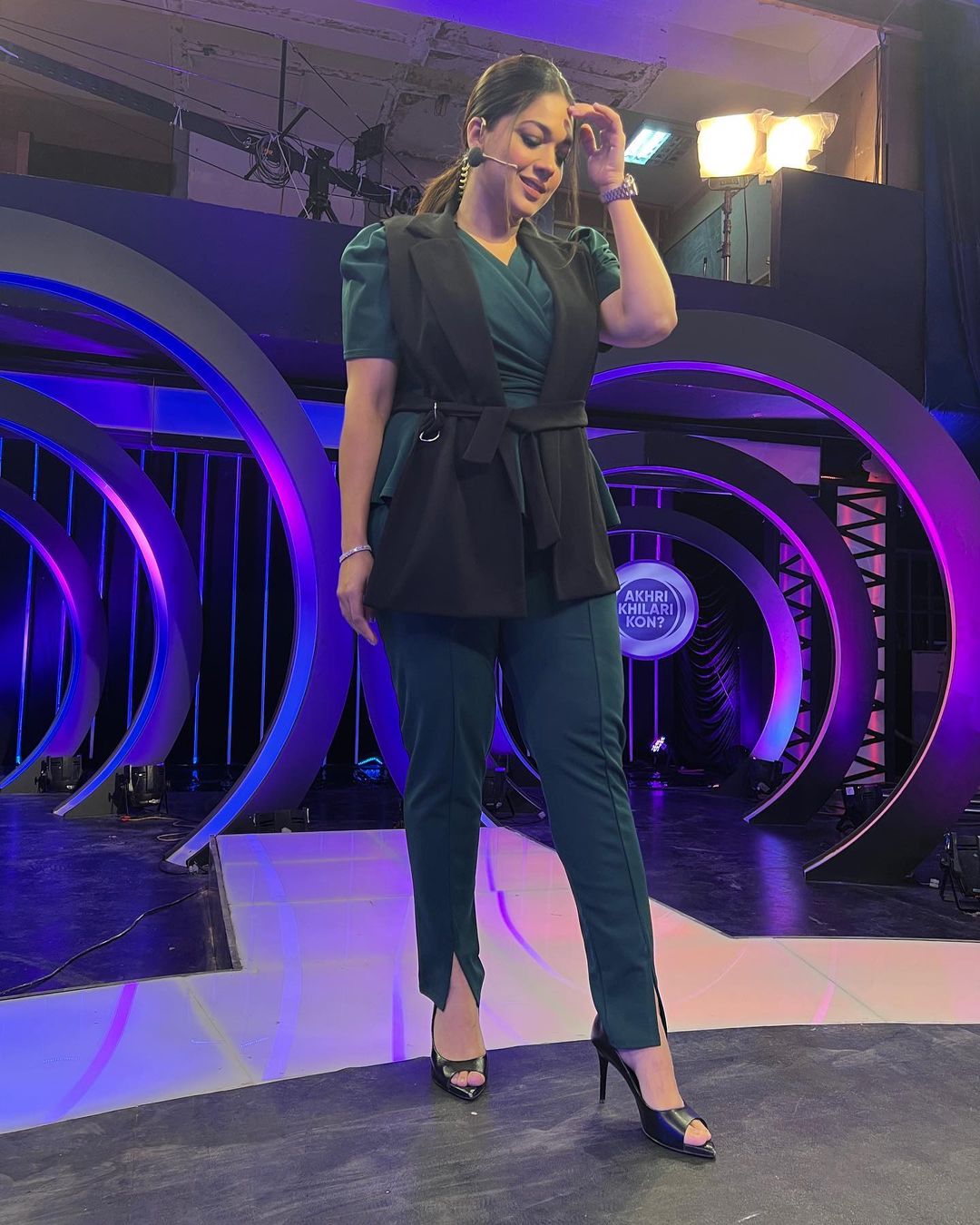 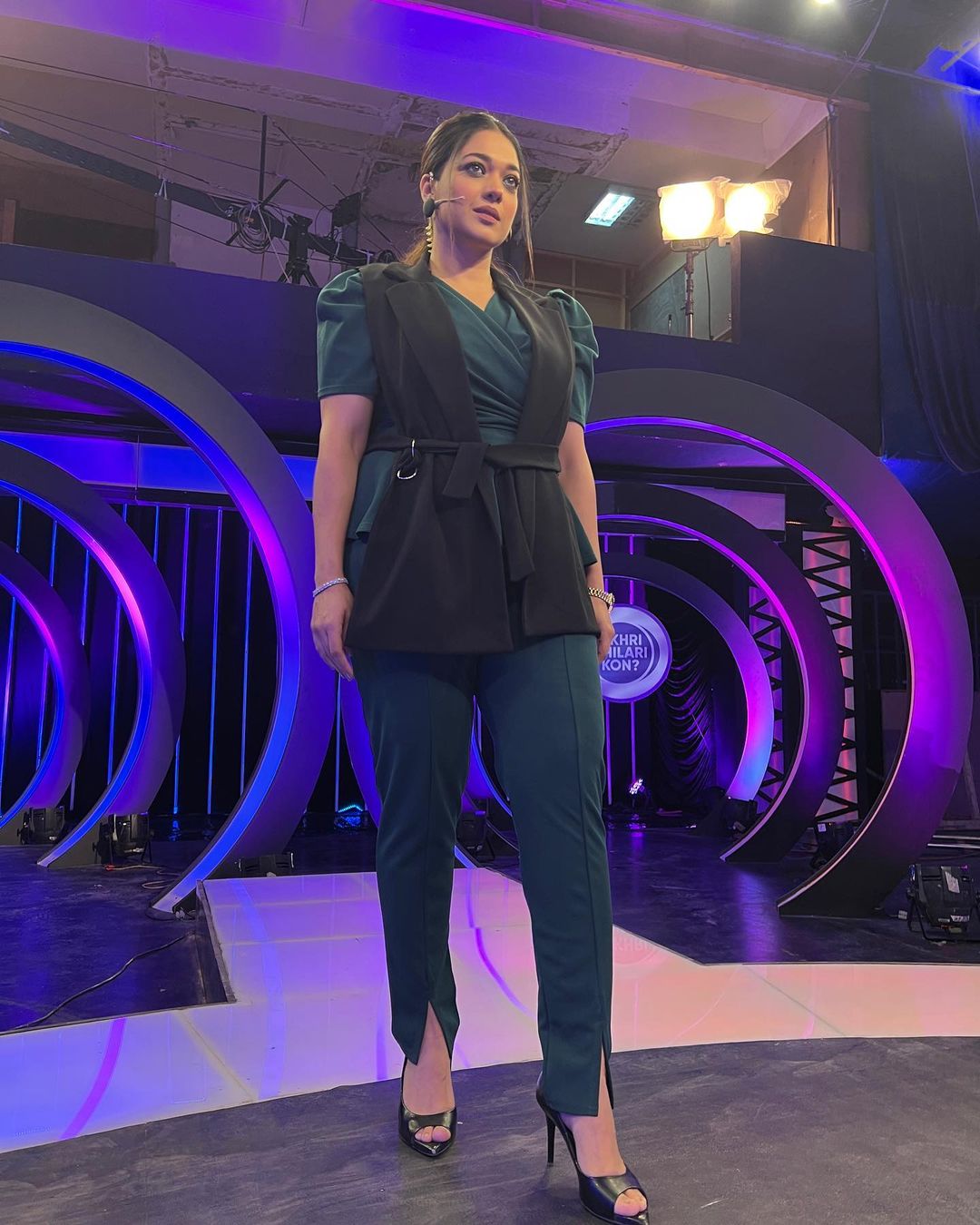 Sanam Jung has a massive fan following on social media. Fans adore the actress for her charming personality and brilliant performances onscreen. She began her career as a VJ on AagTV and has been part of the showbiz industry for a long time. People love her performances in hit drama serials such as Dil-e-Muztar, Mohabbat Subh Ka Sitara, Mere Hamdam Mere Dost, and Qarar.

She is set to make her return to the TV screen after a long hiatus in the upcoming drama serial Pyari Mona in the role of a plus-sized woman but the news did not go down well with netizens.