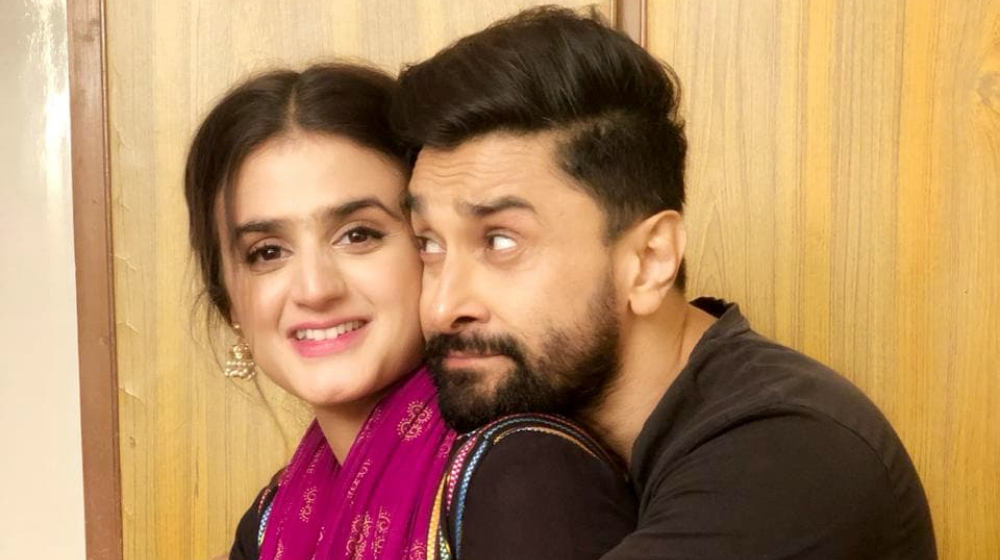 We all know an obnoxiously loved-up couple that can be a bit much at times. In the celeb world that Hira Mani and Salman AKA Mani.

The couple’s being affectionate isn’t something Pakistan’s traditional and conservative society would approve of, yet fans fawn over their love.

While Hira and Mani’s explosive chemistry is adorable it can be a bit much at times. So no wonder Hira’s Kashf co-star jokingly asked the couple to ‘get a room’.

The comment came in response to one of the Yaqeen Ka Safar starlet’s dotting posts about her hubby. However, Hira seems unfazed by the recommendation.

In his post for their wedding anniversary, Mani penned a cute caption saying;

The Pagli actress responded with;

How do you feel about the couple’s PDA? Let us know in the comments below.

Hira and Mani Get Criticized For Making Fun of Coronavirus Pandemic