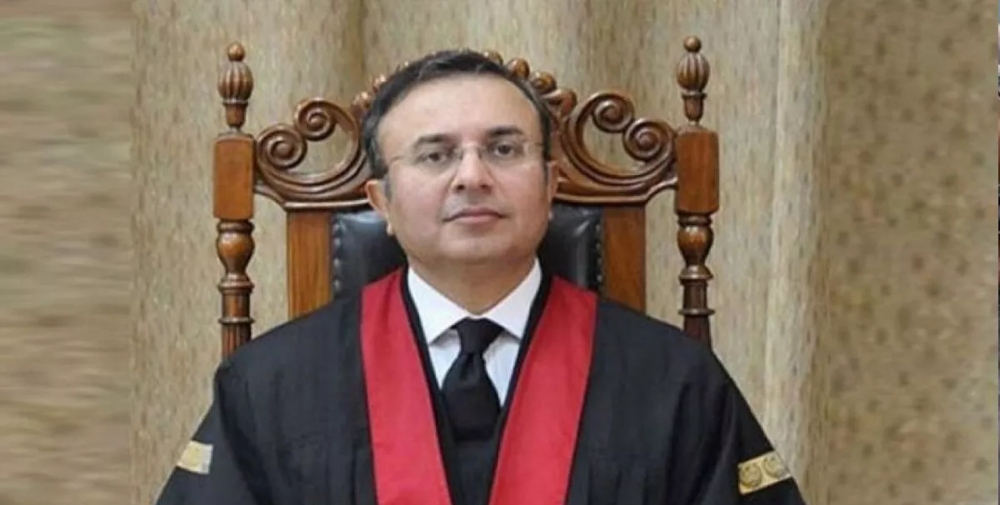 In an unusual ruling, Justice Syed Mansoor Ali Shah stated that a Muslim man is bound to fulfill his responsibilities to his wife regardless of any agreement between them, or lack of agreement.

In his written judgment, the Supreme Court Justice said that a Muslim husband is bound to fulfill the rights of his wife even if there is no agreement in this regard between them at the time of marriage or he himself fulfills his obligations from his own resources.

“As long as a woman is faithful to her husband and discharges her own matrimonial obligations, it is the man’s responsibility to fulfill her rights as well.”

“A Muslim husband is bound to maintain his wife even if no term in this regard is agreed to between them at the time of marriage or she can maintain herself out of her own resources.”

The appeal was moved by Haseenullah against a March 9, 2020, Peshawar High Court (PHC) ruling.

While the case was filed by Ms. Naheed Begum — wife of Haseenullah — in a family court at Charsadda. The case pertains to the recovery of her dower: four kanal of agricultural land which was mentioned in column no.16 of her Nikahnama. As well as maintenance for herself and her five minor children.

Haseenullah had contracted a second marriage and was living with his second wife.

The family court decreed the suit to the extent of her claim for maintenance of her minor children. However, it rejected her plea for recovery of her dower and maintenance. A district court dismissed her appeal, upholding the verdict of the family court. So she then approached the PHC.

PHC then reversed the judgments of the lower courts and decreed her claims of dower and maintenance. Conse­quently, the Haseenullah approached the SCP through an appeal against the PHC ruling.

Justice Mansoor observed that payment of dower to the bride is an intrinsic part of Muslim marriage. In the judgement he emphasized that the Holy Quran enunciates that men were the protectors and maintainers of women because God has given one more strength than the other and because they support them with their money.

Moreover, the Holy Prophet (PBUH) has also instructed Muslim men to provide their wives with maintenance in a fitting manner and declared it to be a woman’s right, the judgement said.

“This is a male-dominated society; men since ages have always been more concerned about their rights by using religion for their own convenience, especially in matrimonial matters, but forget religion when it comes to their duty and obligation towards women,” Justice Shah observed.

Justice Mansoor Ali Shah regretted that the petitioner, instead of paying maintenance and giving the dower to the respondent willingly and graciously, has been evading his legal as well as moral obligation on one or the other pretext.

“It is regrettable that the petitioner, an educated person who belongs to the noble profession of teaching, does not realise his obligation to pay the dower agreed upon by him at the time of marriage, not only under the law of the land but also under the commandments of the God Almighty given in the Holy Quran to persons who proclaim to be Muslim.”

He also observed that the Holy Quran also forbids taking back anything from their wives out of the paid dower even it be a great sum. The petition moved by Haseenullah was baseless and therefore dismissed.