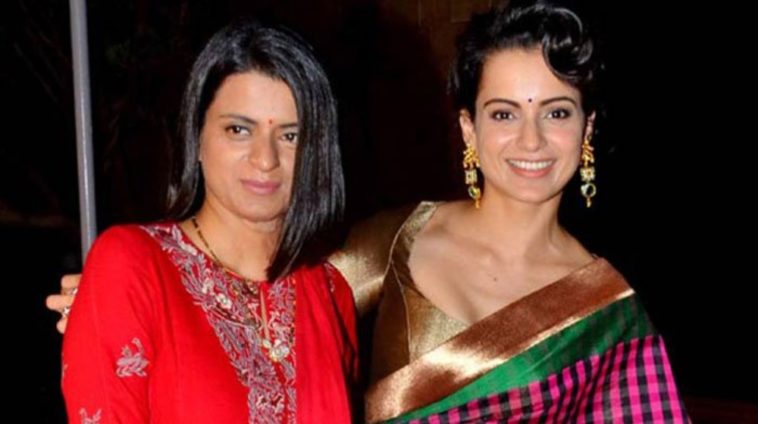 We’re glad to see what finally made Twitter tell Rangoli Chandel that enough is enough.

Rangoli really crossed a line with her calls to genocide and claims of having the police in her pocket.

Isn’t this women @Rangoli_A kanganas sister imagine this woman has so much poison &communal hatred filled in her no one in india shud ever hv any sympathy for her everbeing an acidattack victim in the past if this woman can lie and spread communal hatred she shud b arrested https://t.co/F8Awa8AikP

Please read the tweet carefully of rangoli chandel and rt this tweet if you're agreed with me and against this hote monger @rangoli_A pic.twitter.com/BQUFTUATqw

Kubra Sait backed up the filmmaker also calling for an FIR to be registered against Rangoli.

I’ve blocked Rangoli and reported her to twitter.
But @MumbaiPolice @CMOMaharashtra @OfficeofUT This kind of hate mongering is irresponsible. Please look into it, and take necessary actions. https://t.co/WywccuZvKR

Then ‘Mission Clean Indian Social Media‘ pitched in to help. This account’s objective to have profane and hateful social media accounts flagged in the Indian Twitter space.

Indian social media trolls are known to be particularly hateful with violent and lewd comments directed at those with liberal voices. Matters even escalate to offline threats towards these liberal voices.

That is why initiatives like ‘Mission Clean Indian Social Media‘ are so important when the ruling Bhartiya Janata Party (BJP) invites such trolls to their social media forums.

With Rangoli finally off Twitter, nothing to complain about today.

Today is a good morning

Thank you @Twitter @TwitterIndia @jack for suspending this account. I reported this because she targeted a specific community and called for them to be shot along with liberal media and compared herself to the Nazis. 🙏🙏🙏 . pic.twitter.com/lJ3u6btyOm

Then there were people who had a go at her in good humor.

This is why she is not speaking in english. 😂😂 pic.twitter.com/8XV83oIRK0

While Netizens think it’s about time Twitter finally took notice of what hate-monger Rangoli Chandel is, some people want an FIR registered against her.

An FIR should be registered against her for this tweet. Shocking beyond belief. https://t.co/NzBKK8JfZP

WHAT THE FUCK?
Open call for GENOCIDE?

This is a deliberate and malicious intention of outraging the religious feelings of a class of people. @Rangoli_A is punishable under Section 153A and Section 295A of the IPC.

Propagating hatred has become a part of her daily routine. pic.twitter.com/OpMG6UWJYF

Looks like Kangana Ranaut’s sister isn’t about to catch a break anytime soon. Netizens are relieved that she’s finally off Twitter. 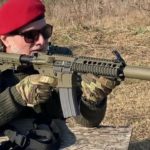 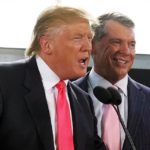