Katrina Kaif’s sister Isabelle Kaif has also decided to make a name for herself in Bollywood following the huge success her elder sister has enjoyed over the last few years.

Katrina Kaif has achieved a lot in the film industry with many hit films and awards ever since her debut back in 2003. Kat made her debut with the movie named “Boom” in 2003.

Now, her younger sister will also be seen making her debut with Stanley D’Costa’s directorial debut Time To Dance. Isabelle will be sharing the screen space with Sooraj Pancholi in her first ever Bollywood film.

During her recent interview with local media when the “Bharat” actress was asked to give some advice to Isabelle, she said,

“I always tell my sister that whether you are a director or an actor, you have to have nerves of steel to be in the film industry. It’s not easy.”

Furthermore, Kat also advised her sister not to follow anyone else’s path.

“ Make sure that you do what you want. Don’t look at anyone else as an example or follow their path. You should try to hear your own voice.”

Katrina Kaif was recently seen in the 300 crore blockbuster film “Bharat” alongside Salman Khan. She is currently shooting for her next release —Sooryavanshi— with Akshay Kumar.

10 Bollywood Stars Who Are Not From India [Pictures]

When Isabelle Kaif was asked about her debut film the actress seemed eager to make her mark in the film industry,

“I can’t wait to start work on my first Hindi film. We will be in London for around 50 days and will shoot in a start-to-finish schedule,” she said.

With very little known about the film, Isabelle Kaif’s first movie is said to be a dance movie. She will be showcasing her dancing skills with Sooraj Pancholi.

Other than Isabelle Kaif and Sooraj Pancholi, Waluscha De Sousa will also be seen among the leading characters of the film. 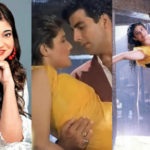 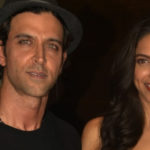