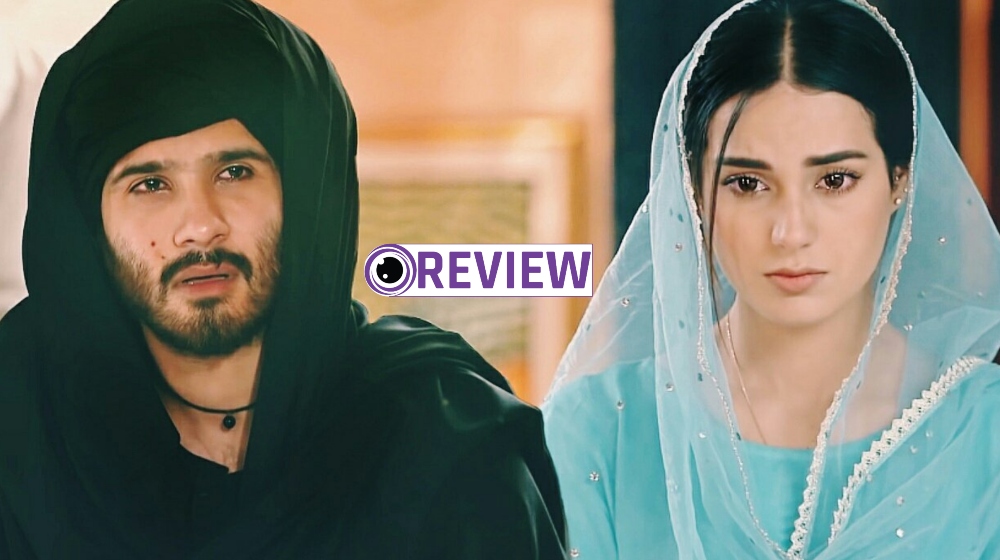 We finally know what the mysterious raid scene from the last episode of Khuda Aur Mohabbat 3 was. Apparently, the police are going after Taimoor’s killers.

Episode 20 opens with Mahi’s brother Nazim taking out his frustration on the police. It’s as though he’s trying to make amends by ensuring those who widowed Mahi are punished.

Will that wash away his guilt though?

On the other hand, we finally get to see Farhad’s family. Burdened by so much grief Farhad’s father appears stoic while his sister is trying to regain some normalcy. Rida is still all teary-eyed.

Iqra Aziz as Mahi was superb as always.

We see that her mother-in-law’s animosity isn’t letting down any time soon. She’s not too happy about Sikandar’s children getting attached to Mahi. When Sikander tries to reason with her she’s adamant Taimoor is gone because of Mahi.

In fact, when little Shahzain (Sikander’s son) gets sick he’s torn between trusting Mahi or listening to his mother.

In the end, he does listen to Mahi. She helps lower Shahzain’s fever so that he can make it to the hospital.

This moment really has Sikander and Mahi bonding. He even opens up about Shahzain’s epilepsy. That’s when Mahi takes on the responsibility to make sure the child takes his medication on time.

“Thank you for supporting me today. Taimoor would have my back like that too.”

While people have been shipping the two, Junaid shares how Mahi reminds him of Taimoor. So that’s definitely a sibling bond.

Yet another moment between the two created confusion. This was bound to have those thinking they’ll end up married and they’re still winning that bet. We also find out how Sikander’s beloved wife passed away.

The Price Of Love

Romana is still obsessed with her encounters with Farhad. Meanwhile, we see Mahi and Romana meet. Romana asks her to pray that she be blessed with a haveli such as hers for a home. Mahi goes all cryptic saying her prayers won’t count for much. Is this true, or does the writer have a spiritual awakening lined up for Mahi too?

Romana is also being threatened for not singing for anyone other than Sikander. That’s when some, Malik Munir threatened her that unless she’s in Sikander’s haveli, she’s still ‘on the market’ and ‘fair game for buyers’.

Will she be yet another character to pay the price of love?

Speaking of casualties of love, despite not seeing much of Farhad, we see that he still dreams of Mahi.

His mind is still stuck on her words that his dreams were him day dreaming my whole heart 💔 #KhudaAurMohabbat3 #FerozeKhan #IqraAziz pic.twitter.com/2Bm2dnjKvV

His heart was breaking into pieces when he thought of his Beautiful dream, in which they were taking their steps backwards💔🥀#FerozeKhan #IqraAziz #KhudaAurMohabbat3 pic.twitter.com/ZH87WkgdQx

That hit-and-miss encounter between Mahi and Farhad only aggravated audiences.

Bring it on now .. Have to wait for another whole week.🥺
They both are in black and he’s wearing her bead as his Tanweez 💔😭#KhudaAurMohabbat3 #FerozeKhan #IqraAziz https://t.co/QxPgkKg1ZU

We know the story won’t significantly move forward till they meet.

As always Feroze Khan’s acting said it all without uttering a word.

best thing and sad thing about the episode was Farhad..
best cause I saw him onscreen sad cause of his state🙃❤️#FerozeKhan #KhudaAurMohabbat3 pic.twitter.com/zKHAr1BQLB

The Sufi mystic aspect of the drama serial is finally picking up.

Having said all that, this episode really worked on Mahi and Sikander’s relationship and his bond with Romana.

What about Farhad? When will we see more of his storyline progress? How do you feel about the latest episode of Khuda Aur Mohabbat 3? Let us know in the comments below.