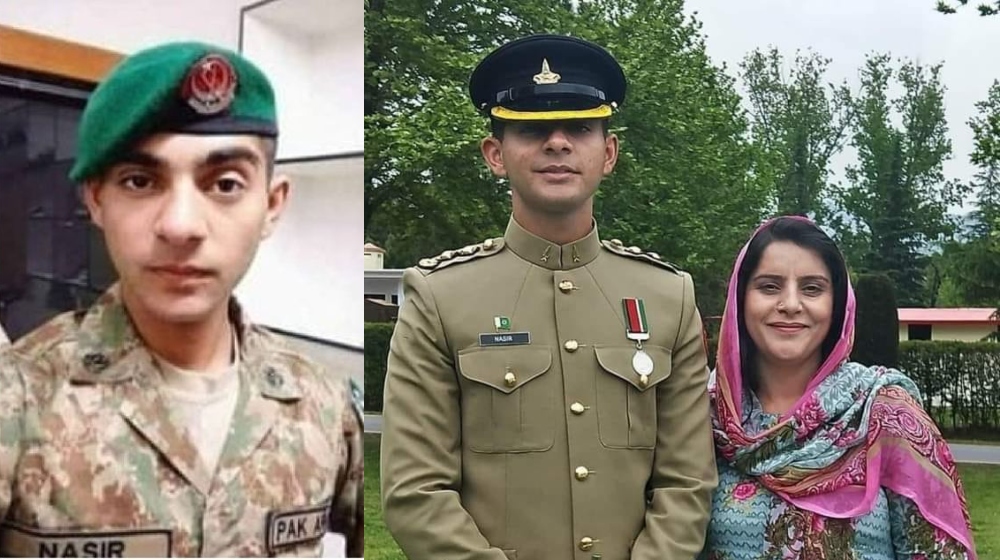 A serving Lieutenant of Pakistan Army Nasir Khalid is no more with us. The promising military man was martyred by an IED blast during his stint in North Waziristan. He was his family’s only son.

From admiration for the family’s sacrifice to sorrow for the mother, the whole nation is gripped by a whirlwind of emotions.

His mother had to only just come to terms with her husband’s sacrifice in the line of duty. With Lt. Nasir Khalid’s martyrdom, she has lost her only child.

Lt. Nasir Khalid had a promising military career ahead of him having graduated from the Australian Defence Force Academy.

He had completed the 137 Long Course from Pakistan Military Academy (PMA). To say that the Internet is heartbroken over the death of the 23-year-old is an understatement.

As the military public relations body, Inter-Services Public Relations (ISPR) revealed the names of a number of martyrs, the name of this young officer stood out from the rest.

While the idea of a family legacy in the military sounds great in drama serials like Ehd-e-Wafa, it is easy to forget the deeply personal underpinnings of such tragedies in real life.

Pakistan’s tribal area of North Waziristan is situated adjacent to Afghanistan. The area has long suffered due to a lack of rule of law until the recent Khyber Pakhtunkhwa and Federally Administered Tribal Areas (KP-FATA) merger.

Since the early 2000s, the area has been plagued with militancy and terrorism. Despite hopes of the decades long ‘War on Terrorism‘ coming to an end in Afghanistan with the withdrawal of the United States troops, Pakistan’s battles continue.

Soldiers like Lieutenant Nasir Khalid continue to protect our borders, sacrificing their lives. May his soul rest in peace. And may his family find the support and strength to overcome a deeply tragic loss.