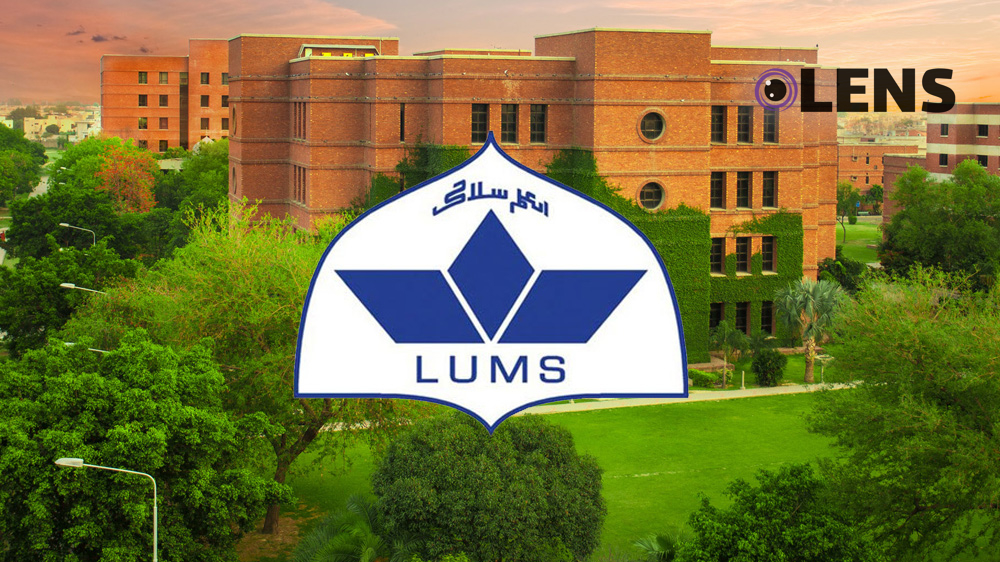 There’s no doubt that the Lahore University of Management Sciences is home to some of the top minds throughout Pakistan. These future innovators have access to the best teachers, facilities, and opportunities, and a core part of this is their adherence to merit. The educational institute is synonymous with excellence, and deservedly so.

On the other hand, given its status as one of the most distinguished and elite educational institutions here, LUMS is often in the news for any unbecoming conduct that doesn’t reflect good on it.

We are of course, talking about a recent incident regarding a deeply obscene and sexist Facebook page, whose sole purpose was to vilify and degrade the female population in the institute. The page was, unsurprisingly, run by former and current students from LUMS as well, most of them male.

Female students at LUMS just called out some 600 male students in a disgusting sexist meme group on facebook.

Listen, all I wanna say is that women are amazing and it makes me cry just how great they are. God bless.

Recently, some female students from LUMS helped unearth a vile and disgustingly sexist Facebook Group with over 600 members (mostly male) which was infamous for sharing downright insulting ‘dank memes’ about the opposite gender.

Most of these extremely disgusting memes were casually shared and passed along as being ‘edgy and dark.’ Read behind the lines and it becomes quite apparent that the page promoted personal attacks against the female population studying at the premier business school.

People love saying that there is such a thing as freedom of speech, and that some souls don’t get dark humor. In fact, logic and intellect demands free thought so that all possibilities and permutations are entertained. That’s how new scientific theories, discoveries and inventions are possible.

There’s nothing wrong with this observation, until those thoughts become a vehicle for perpetuating vile human behavior, which is what happened in the case of this Facebook group run by LUMS students.

Point is, hurting other people just for the heck of it, is not okay in any culture.

How the Group Was Taken Down

Some brave female students took it upon themselves to infiltrate the belly of the beast i.e. the offensive Facebook page. They made public the vile going-ons and content being shared by its toxic members.  The LUMS Discussion Forum was used to share screenshots. and the page was shut down soon after.

If there's just one thing that came out of Dankpuna LUMS callout, and subsequent death, is that masculine toxicity is no match for women who are united.

This is what happened yesterday:

unprecedented. we won't let it go until LUMS is a safer space for its women. 💙✊🏼 pic.twitter.com/kD2nXRqQqo

Following the successful protests, this is what the LUMS Students & Alumni Group tweeted regarding the whole episode:

Statement from @LumsSAAC on serious misconduct using a Facebook group by Male students currently at LUMS. Such behavior will not be tolerated.

In case you’re wondering why we haven’t shared any offensive memes/content from the infamous group, there’s a good reason behind it. Any person with social media accounts can easily track them down.

Sad to see formation of extremist groups in Lums. Freedom of speech and thought has been wrongly used by all means. My thoughts and sympathies with all the female members of Lums community who are feeling unsafe or insecure right now. May the justice be served asap!

We live in a world where violence against women is perpetuated against the most flimsiest of reasons (see ‘khana khud garam karlo’ as a recent example), and there’s no reason to give further oxygen to people who feel toxic masculinity is ok.

When poor kids get raped and left for dead, when a husband can assault and even kill his wife over domestic issues, and where families indulge in ‘honor-killing’, surely we need to take a hard look at ourselves, and wonder what went wrong. Hate isn’t learnt overnight, its a slow drip-feed that weaponizes young minds.

But lets start small shall we? Not sharing memes that degrade the fairer gender shouldn’t be too hard. One day we might realize how much we take for granted, and how women deserve better.