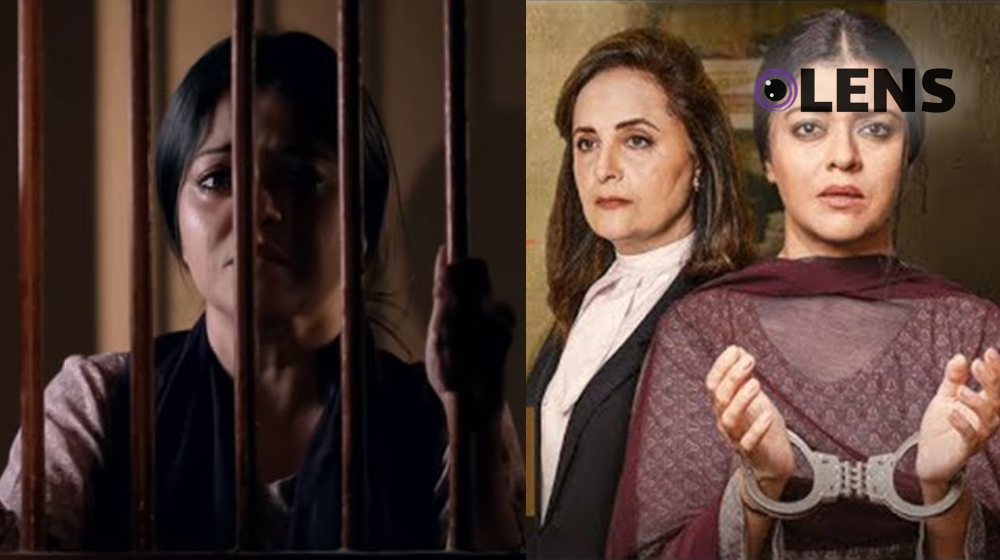 Maria Wasti takes on harsh realities of life in her upcoming drama Bhook. It will focus on mature themes such as how crushing poverty can drive someone to kill their own child.

The teaser for Maria Wasti’s Bhook cast light on the issue in the midst of growing poverty and unemployment in the country.

In the teaser, Maria is seen behind bars, confessing to having killed her children as she couldn’t stand to see them slowly die of starvation. She kills her children so that they could be spared further agony. Death by starvation is one of the most painful ways to die there is, and no mother wants to subject her children to that.

The drama will focus on poverty, as well as how one’s circumstances can drive someone to commit prolicide (the act of murdering one’s own child).

The Malika-e-Alia actress revealed that HUM Network was making this drama specifically for Ramzan. The short series will feature a total of five episodes.

‘This is a special project for Hum TV made especially for Ramzan and will be shown in a span of five episodes’.

Saboor Aly Shuts Down Rumors That She ‘Committed Suicide’

She added that the story draws inspiration from real events.

‘It’s a comment on our society, the judicial system, our people, government, and basically on everything around us making it an intense project’.

Shooting for the television serial is underway. Since its a Ramzan drama, it will air in Ramzan.

Hina Khwaja Bayat essays a pivotal character in the drama based on the teaser. Bhook will also feature actors Kamran Jillani and Hina Bayat. Other details and cast of the drama have not been revealed.

This isn’t the only thing that Maria is working on. The actress has been taking up a number of social issues as of late. Maria is also a key player in Rehaai, the drama serial that takes up the issue of child marriages.