The tragic incident took place in Uttar Pradesh. A girl’s ex circulated an obscene video of her social media in order to ruin her marriage.

Distressed by the crime against her, the young woman and her mother took the extreme step to end their lives.

According to the details, the police found the bodies of the 40-year-old mother, and her 22-year-old daughter hanging from a tree outside their house in a village. The home is located in Nagrasen village under Tarabganj police station.

Times of India reports, the daughter tied the knot in December. Her ex, Satyam would harass her even after she got married. On the night of March 22nd, Satyam sent an obscene video of him and the 22-year-old to her husband and before sharing it on social media.

Police explained that Satyam had been blackmailing the young woman for a while. He had even coerced her into creating the explicit video. A police spokesperson, Gonda SP Shailesh Pandey said;

“The accused was blackmailing the woman by saying he would tell the husband about their former relationship. He also misbehaved with her and forced her to make an obscene video. Thereafter, he started blackmailing her with the video. More so, he asked her to live with him. When the woman refused, he sent the video clip to her husband,”

“This affected her relationship with her husband and the woman and her mother were devastated, … They did not come out of the house for two days and were found hanging on Wednesday.”

Satyam has been arrested under charges of abetment to suicide. He has also been booked under the Scheduled Castes and Tribes (Prevention of Atrocities) Act, 1989 prohibits discrimination, prevents atrocities, and hate crimes against scheduled castes and tribes, according to the police. 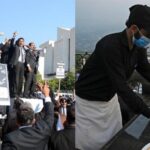 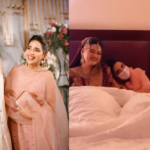