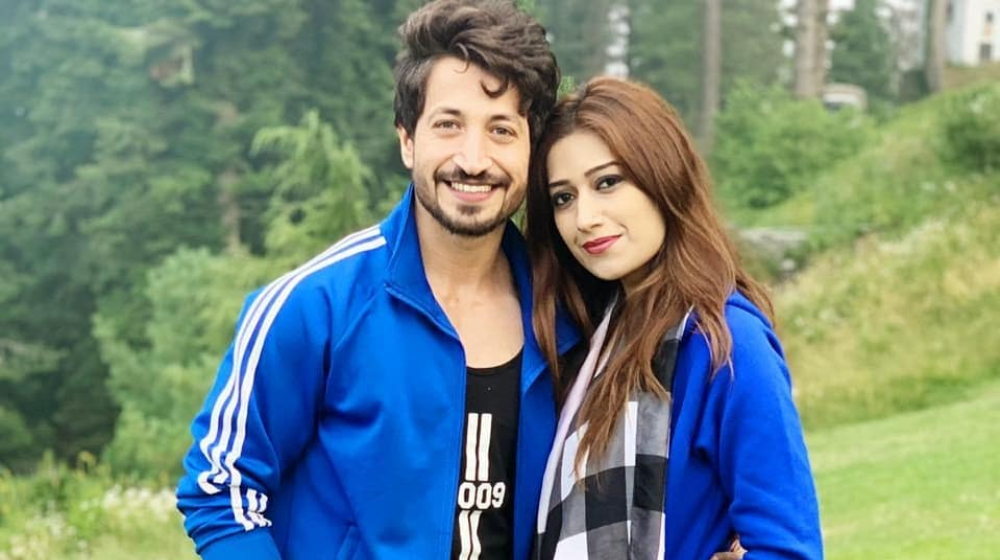 The blame saga of veteran actress Saba Faisal’s family has created quite a stir on social media since yesterday. The actress released a video message blaming and accusing her daughter-in-law Neha Malik of negativity and breaking the family. She also announced that she will sever ties with her son, Salman Faisal as well if he stays with her. 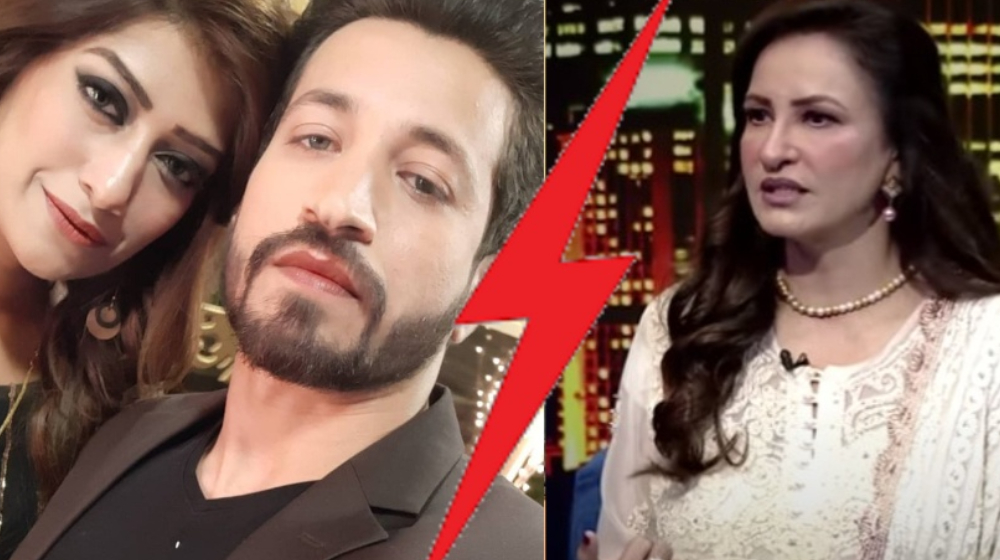 After all the allegations Neha Malik shared a cryptic post on her social media directed toward her mother-in-law and her family as being hypocrites. After Neha, now Salman Faisal also broke the silence and urges everyone to stop disrespecting and insulting his wife. He wrote a post on social media,

After the video message of Saba Faisal her elder son, Arsalan Faisal also divulge some details about this matter and called her sister-in-law Neha Malik a psychopath, bully, and abusive. He shared a detailed note on his social media claiming that they had enough and won’t stay quiet anymore.

Here are the posts below, 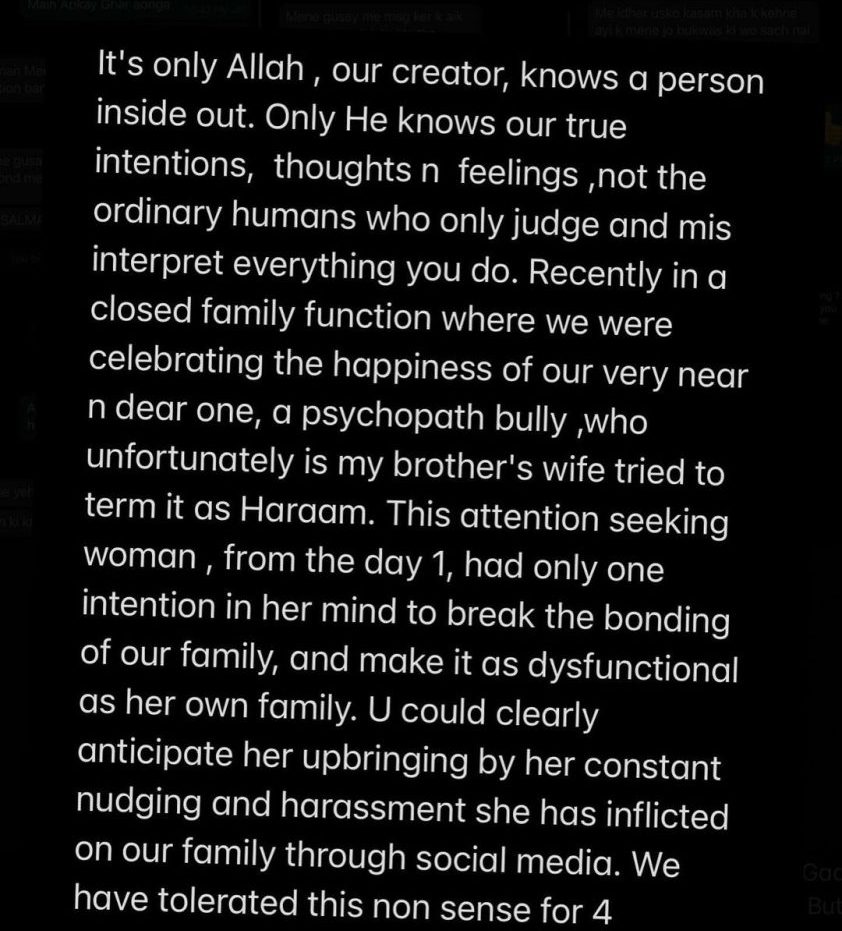 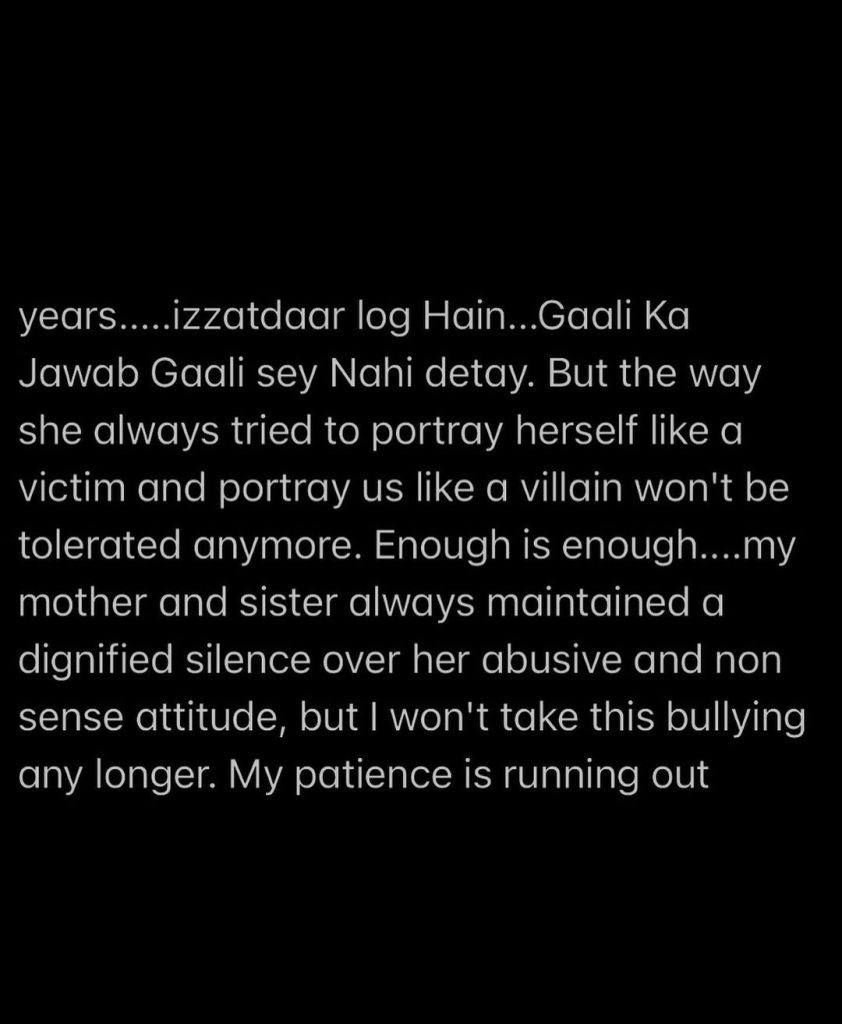 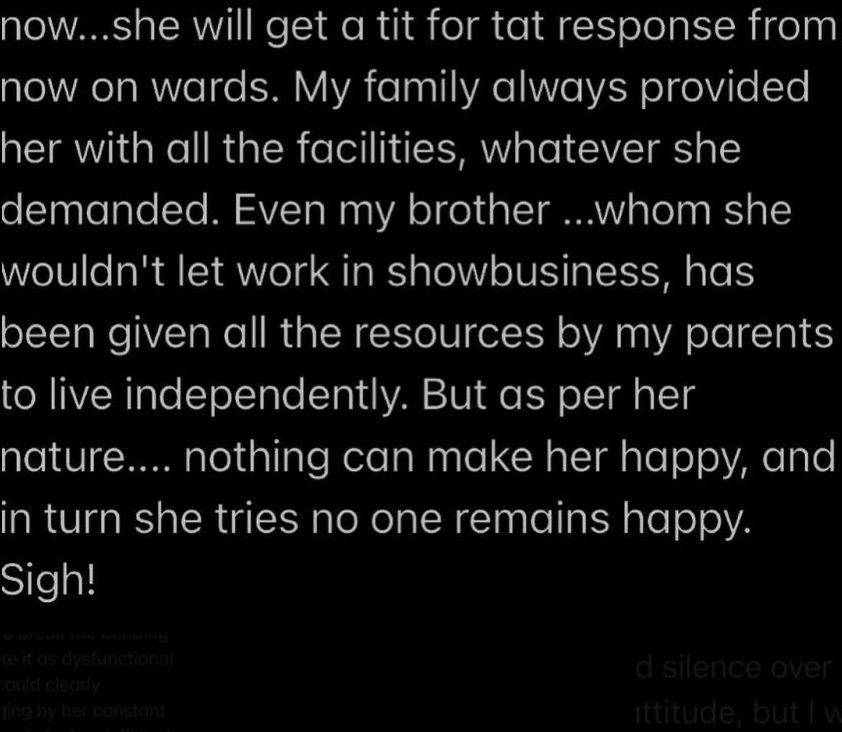 Neha Malik and Salman Faisal are married for four years and had an adorable 1-year-old baby boy Rohaan.