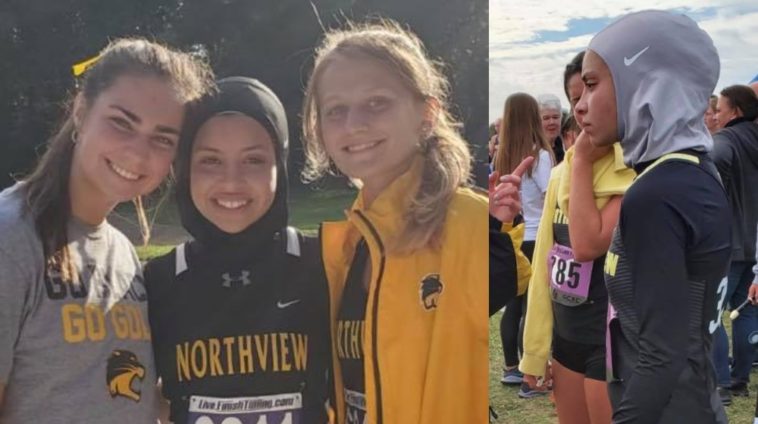 A Hijabi Muslim teen was disqualified in a race over her hijab in Division 1 Northwest District cross-country meet in Ohio, USA. Noor Alexandria Abukaram has been competing in races for years but this is the first time she faced prejudice.

When the 16-year-old finished her greatest race to date at a 5K run at her local district meet on Saturday, her name and time weren’t listed. Noor finished at her personal best time: 22 minutes and 22 seconds.

When the Hijabi Muslim teen asked officials why she wasn’t allowed to enter the race, they said her hijab violated the uniform policy and that she had been disqualified. To add insult to injury, her personal best time wasn’t even considered!

Noor was wearing her regular race gear comprising black Nike leggings, an Under Armour top with the team’s jersey, and a Nike hijab.

Where in the OHSAA Rulebook?

The Ohio High School Athletic Association (OHSAA) cross-country rulebook, does not specify a ban for hijabs or religious coverings. While each sporting event can have its own rules, these rules cannot be in contradiction or violation of the OHSAA rules.

HuffPost writes the rulebook also states that athletes who require an exception to the uniform rules due to religious reasons have to request one from OHSAA.

“At first it was just so humiliating and then was huge disbelief … This has never happened to me.”

The race officials told Noor that she needed a written waiver in order to compete. If her hijab presented an issue, why wasn’t this pointed out to the runner during the uniform inspection?

Noor mentioned that officials told one of her teammates that her shorts violated rules. So the girl quickly changed into new ones that were accepted. If there was a problem with the hijab, why had no one mentioned concerns until after she completed her race?

This seems to be more a case of institutionalized prejudice and racism, than a technical one.

What Does OHSAA Have to Say?

Although the OHSAA rulebook doesn’t list a hijab as a uniform violation, race officials told Noor that she needed a written waiver in order to compete.

They said Noor would need a waiver signed by the OHSAA in order to compete. The Hijabi Muslim teen has never been asked for a waiver for on school cross-country, track and soccer teams before.

An OHSAA representative told HuffPost that cross-country runners are allowed to participate in competitions wearing religious headwear only if they had obtained a waiver from the OHSAA prior to the race.

The waiver should state:

“Obtained a waiver from the OHSAA and submitted it to the head office before the race since it is a change to the OHSAA uniform regulations.”

The official said that the racing officials were just enforcing this rule.

“Simply enforcing this rule since a waiver had not been submitted,”

Interestingly, the OHSAA official did admit how the vagueness of their rule-book caused this problem to begin with. Banning a religious garment would be prejudicial and racist. Leaving such rules out of the rule-book causes distasteful instances like this one with Hijabi Muslim sports-persons.

“The organization is now looking at this specific uniform regulation to potentially modify it in the future, so that religious headwear does not require a waiver.” 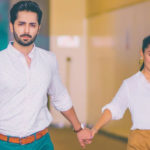 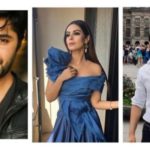