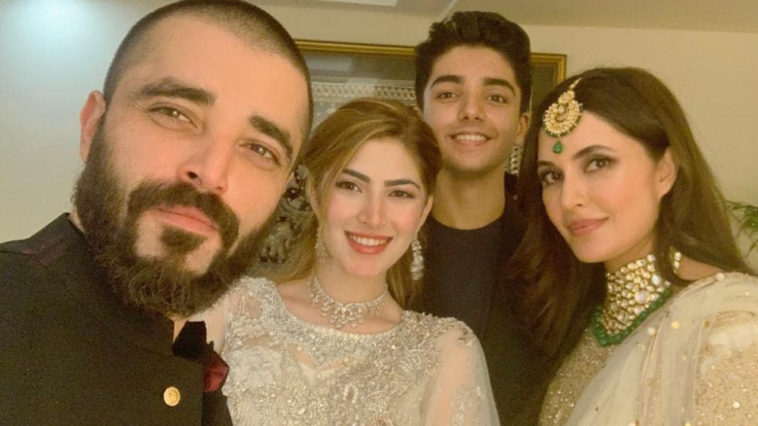 Hamza Ali Abbasi and Naimal Khawar are the newest sweethearts in town. The two got married in August and have recently returned from their honeymoon in Paris and Spain. On their return, the two have been meeting friends and family, catching up on the time that they have been away.

One of their closest to them is Hamza Ali Abbasi’s sister, Dr. Fazeela Abbasi, who is a renowned dermatologist based in Islamabad. Recently, Naimal posted a photo to her Instagram, captioned “Dr. Bae”. The photo showed the two spending time at home, in winter attire. 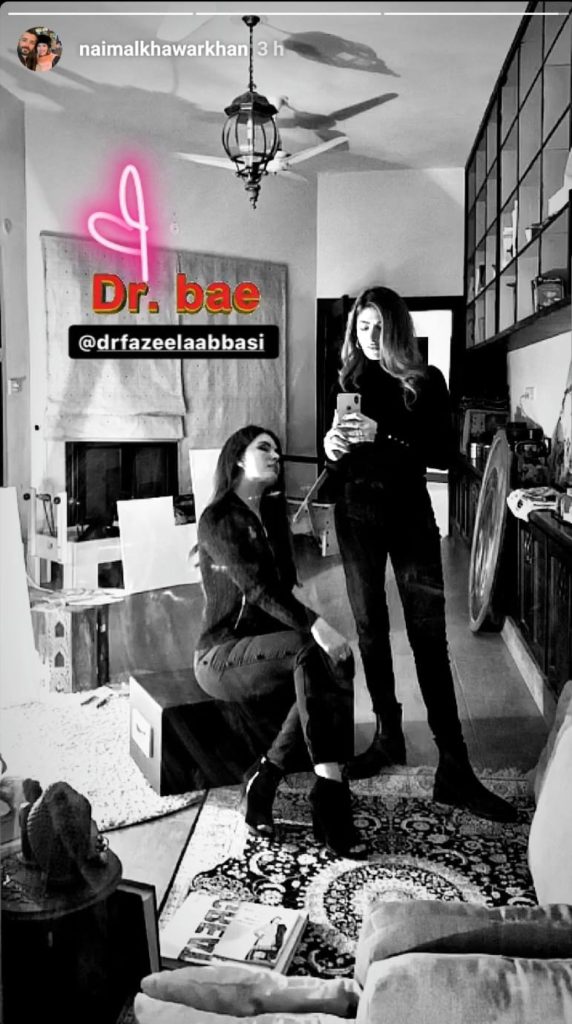 The two share a close bond, and the couple often spends time with Fazeela and her son. She also posted a photo of the four of them out at dinner, on Fazeela’s cheat day.

Fans Swoon As Hamza and Naimal Honeymoon in Paris [Pictures]

Dr. Fazeela Abbasi was also an active part of her brother’s infamous wedding festivities, and was seen to be the life of the party. Hamza posted a photo of his reception, with Fazeela and her son.

Currently, the two are set on returning to their work and are set to launch independent ventures. Since the wedding, Naimal has left acting to return to her artistic practice. A visual arts alumni of the National College of Arts, Naimal has had her work displayed, and after the astronomical success of her two acting ventures, “Verna” and “Anaa”, is set to pursue her creative passion further.

Hamza Ali Abbasi is now cast as the male lead in the television serial adaptation of Umera Ahmed’s novel “Alif” under the direction of Haseeb Hassan.

The two were recently seen all in black at the wedding of producer and filmmaker Ammara Hikmat’s sister-in-law’s wedding. Since their wedding ceremony, this has been the couple’s first public appearance. 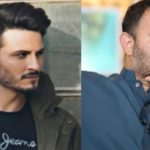 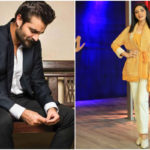