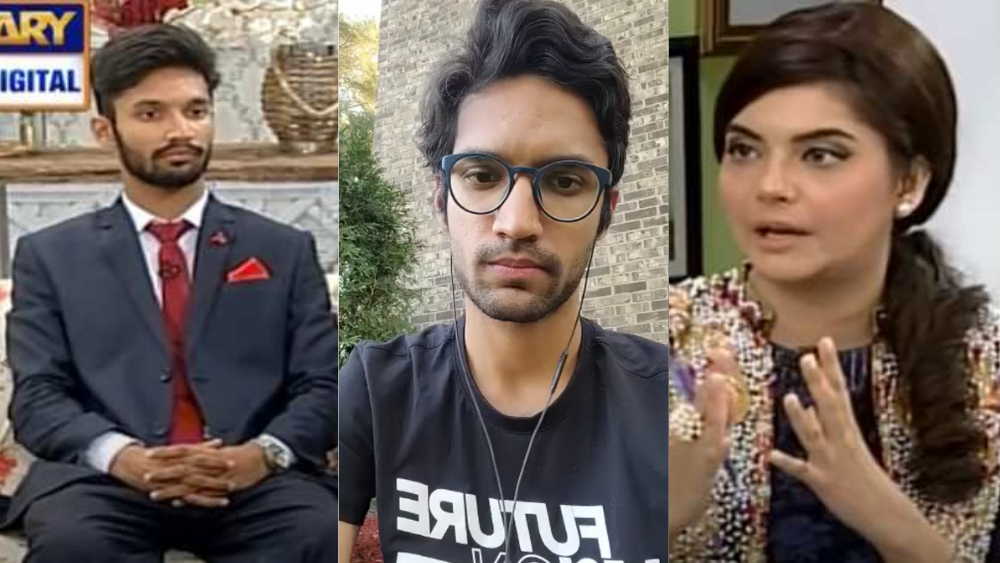 Nida Yasir became one of the most searched women in Pakistani this week for all the wrong reasons. One of her old interviews went viral on social media wherein she invited two NUST students who invented an electric racing car and were going to the Formula Student in the US. However, she was clueless on the topic and bombarded the engineers with ridiculous questions. Muhammad Shariq Waqar, one of the NUST students who was invited to the show, has spoken up about the incident and asked trolls to stop trolling the Good Morning Pakistan host.

In a video message, Muhammad Shariq Waqar introduced himself as the former team leader of the Formula Electric Racing NUST and shared that he has played an important role in the team’s growth.

Moving on, he said that although the interview is old, it was unfortunate that the host didn’t prepare for it beforehand, however, we should only take it as a ‘comical error’. He thanked the content creators and memesters for giving them attention, but, strongly condemned how Nida Yasir and her family got trolled and attacked.

The incident should have been enjoyed as an unintentional comical error, therefore, he requested netizens not to troll Nida as it presents a negative image of Pakistan on international platforms. Muhammad Shariq Waqar noticed how Indian media twisted the narrative and tried to gain something out of it, therefore he asked Pakistanis to stop humiliating each other and rather focus on how we can do great things for our country.

“As a Pakistani who thinks better for Pakistan, I would never support any personal attacks on any host which can be twisted or directed into a negative way by our neighboring country.”