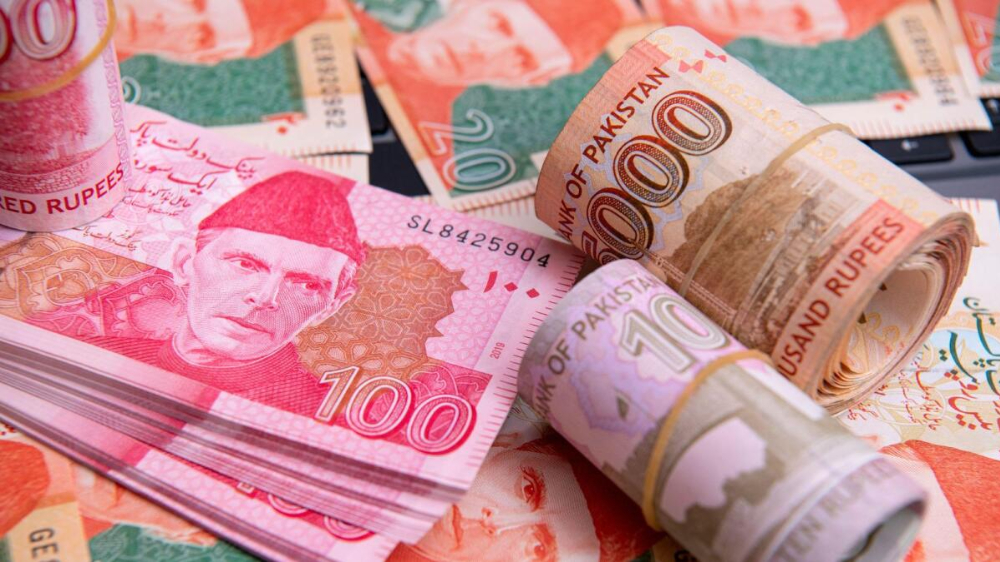 Social media is buzzing in anger as women from different Facebook groups called out the unknown entrepreneur after she declared bankruptcy online. 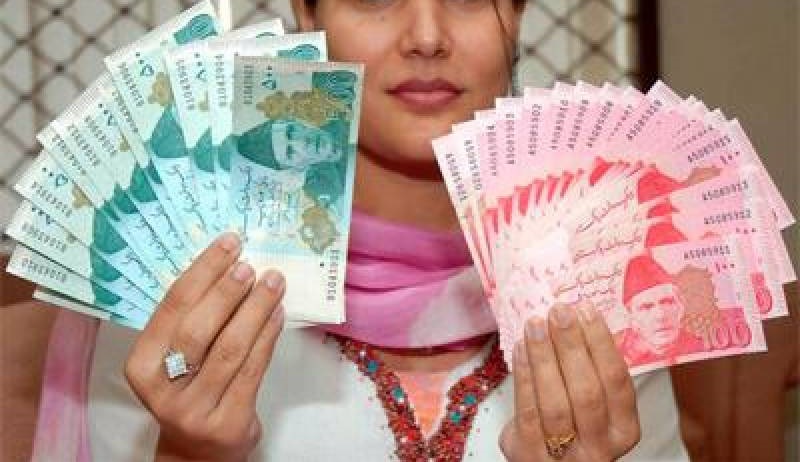 My name is Sidra Humaid and I am reaching out to the world through this public apology to inform people about my current position regarding my committees. I have really messed up my committees and now I am practically bankrupt and have no means to pay off my committees. I started off with small committees and it worked well for me but as it grew and I opened more committees to help my friends and loved ones with their difficulties, I found myself in trouble of paying more and more money each month. To solve the monthly payments issue I had to start more committees and that eventually resulted in a rolling loop that had no end. Now I have to pay so much money, which I cannot even calculate. 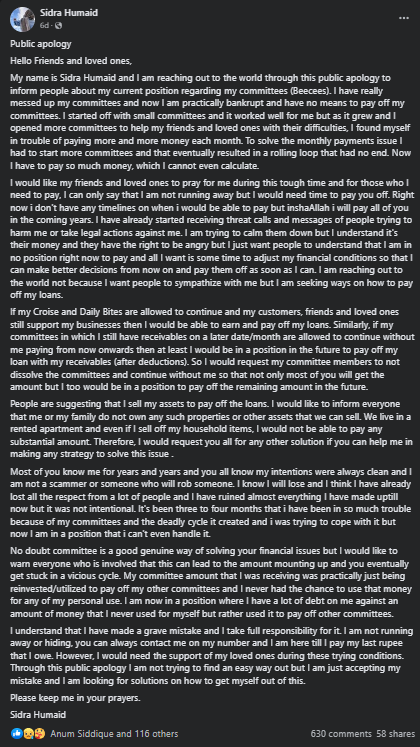 She explained that she has lost count of the money she owes to women but assured that she would not disappear, and that she and her family will pay back each and every person. She also requested her customers to keep paying the committees so she can pay others back as well. 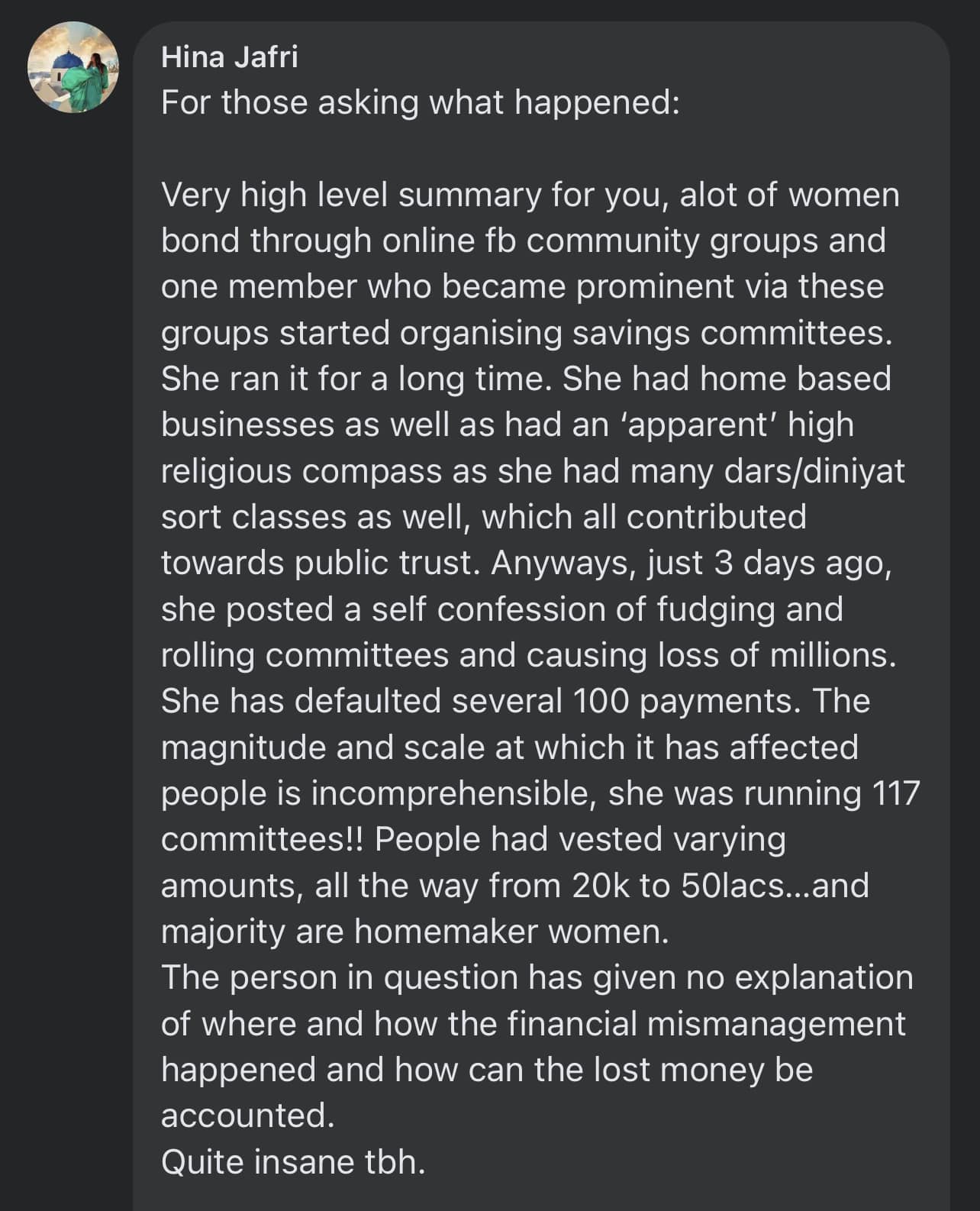 Sidra Humaid is reportedly an entrepreneur with two businesses — one for food and the other for creating crocheted gift items. A netizen revealed that the woman in question had gotten involved in committees after she won the trust of several women in various Facebook groups. Sidra Humaid went on to organize multiple committees online without any documentation or verification.

While some people are sympathizing with her due to her alleged honesty and assurances, others are skeptical and called her a ‘con artist’.

3 online businesses, strong social media backing, 117 committees & a scam of 42 crore or even more. Anna Delvey of Pakistan is here.
Sidra Humaid declared herself BANKRUPT & mostly women have lost MILLIONS of their hard earned money in the name of 'savings'.

I am in love with her"

Sidra Humaid sounds like a name that you use when you have to set up your 100th Gmail account and you've run out of names.

Women and everyone, in general, should be very careful about online transactions and giving money to strangers, and this is one lesson we should all learn from.