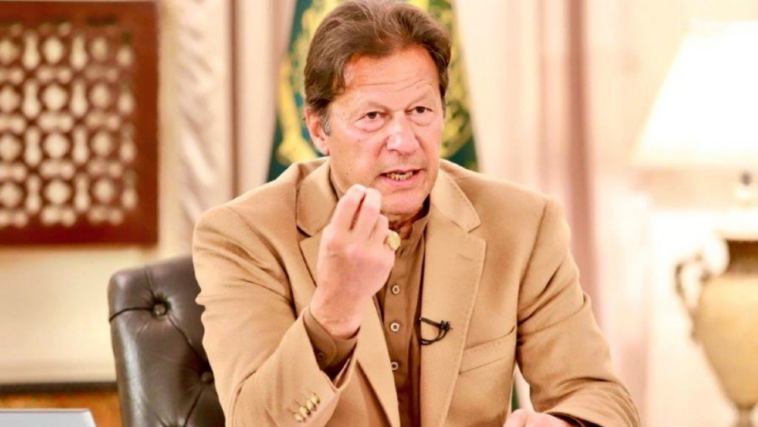 The security of a citizen is the responsibility of the state. The public wants their elected government to resolve the lack of security for women and children, not point at a scapegoat.

With a list of ‘accusations’ victims of sexual violence are subjected to, already being too long, the PM further fortified victim-blaming on the list.

During the PM’s televised Q&A, one caller asked about child sexual abuse running rampant. At first, Imran Khan acknowledged the rise in sexual crimes against women and children. Even explaining how passing laws cannot do much if people do not report such crimes and utilize the law.

The Prime Minister then linked the rise of vulgarity in the country to the mounting sexual aggresion that surfaces as sexual crimes.

“Humare deen mein kyun mana kiya gaya hai? Ye sara jo parday ka concept hai, yeh kya hai? Ke temptation na ho maashray mein. Har insaan mein will power nahi hota. [The reason why our religion stresses on covering up your body and maintaining modesty is to avoid any such temptation. Not everyone has the willpower to avoid it].”

“Our ordinance is quite strict, but it cannot compete alone. Society as a whole must fight. Some wars are won by society.”

But then his explanation as to why these crimes happened ended up being very problematic.

Sexual crimes run rampant when it is known that the predators can operate with impunity. According to the World Health Organization (WHO) the major factors increasing the risk of rape are ‘attitudes and beliefs, as well as behavior arising from situations and social conditions that provide opportunities and support for abuse‘.

Victim-shaming is an example of beliefs that support abuse and provide opportunities for rape. This takes the responsibility of the crime off the rapist and places the blame on the victim.

As for pedophilia, it is a mental disorder. Consequences do not deter pedophiles, as their brains operate differently from an average healthy individual.

The public did not appreciate the PM resorting to victim shaming to explain why sexual violence is on the rise. This is another example of how society needs to change its attitude to curb sexual crimes.

Dear @ImranKhanPTI rape is a result of power imbalance not temptation. Rapists control their urges when they've fear of retribution, accountability & conviction and when they're made free from such fears due to gendered social structures just like ours they'll even rape an infant

Rape is a heinous crime and NEVER the victims fault.

If wearing burqa could stop rape, why was the mother assaulted on the Motorway while sitting with her kids in a car with tinted windows?

Exposure to adult content & vulgarity is not the only reason for men doing unmentionanke acts to weaker beings – kids male & female, women & trans people. PM Khan should form an org to do an in-depth study of scientific, psychological & social triggers behind sexual violence 2/2

Imran Khan Blaming the rise of sex crimes and towards women amd children on " Fahashi " is what a typical Jamat e Islami member says. This is such a blunt and inappropriate answer to something that needs a much more systematic and articulated reponse.

Except IK’s statement was not about the objectification and sexualisation of women, it was about eliminating fahash and promoting pardah. He is not blaming industries that reduce women to sexual objects, he is blaming women who do not do pardah. https://t.co/gQ1U7BOFGl

The public suggested that the PM ought to do his research rather than pander ‘desi theories’.

Quran says that no one will be answerable for another person’s sins. The idea that women hide themselves up so that men don’t commit any sin is against Quranic values. pic.twitter.com/2oBBcNiMF9

Prime Minister Imran Khan needs to enlighten himself more about the complexities of sexual violence against children and females. Rape of children is not a sexual act, it's a sickness of mind. Rape of women is not about sexual pleasure, it is a sick inhuman display of power. 1/2

What's most striking while watching Imran Khan speak about rape is that he doesn't speak like a prime minister, but rather like an uncle who has a crackpot theory for everything. Stick to policy. This Morality Uncle shtick isn't why you were elected, we have whatsapp for that.

This isn't the first time #Pakistan PM Imran Khan has linked rape & obscenity. In a September interview after the motorway rape case, he said “fahaash” (vulgar) content had led to a rise in sexual crimes, saying Bollywood was the reason New Delhi was the rape capital of the world https://t.co/1hZSKsHZ5A

Mr Imran Khan, listen to criminologists, forensic psychologists and researchers to learn and understand why heinous crimes like rape happen.

Khan sb. made these comments while wearing the hat of “ignorant man who has absorbed mainstream patriarchal and conservative myths.”

Survey data from PDHS shows rates of rape and sexual violence are higher in remote, less-connected parts of 🇵🇰. https://t.co/kAlBxZae4n

Let's be clear on this. Rape is not about fahashi or sexual gratification. It is about the POWER imbalance in our society whereby the perpetrators KNOW that they can get away with such heinous crimes. #ImranKhan #Pakistan https://t.co/NdZkQPXtel

People are demanding that PM Imran Khan apologize for the problematic statement.

The Prime Minister MUST apologize to the women of Pakistan for his comments on sexual violence.

Not the first time he has made comments blaming women & justifying sexual violence.

Zero tolerance for such comments. How many times will the PM insult the women of this country?

I believe #ImranKhan must apologise to the women of Pakistan on his statement on #rape & #fahashi . His statement is #rejected

Manifesting victim-blaming in a telethon with the people of the nation is not only deeply disturbing but also concerning. The premier endorsed the mentality of equating rape with a lack of modesty. Should the government not protect women regardless of their choices?

LHC Tells Woman To Return to Abusive Husband For Her Kids

It is pertinent to mention that in the past the PM was slammed for blaming ‘fahashi’ for the high divorce rates in the West, and how Pakistan is seeing a similar curve. People were quick to point out how women in the West have more freedom and better protection than women in Pakistan, therefore making divorce easier.

Just recently a the Lahore High Court (LHC) told a woman seeking a divorce from her abusive husband to reconcile for the sake of her kids. 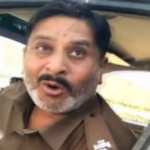