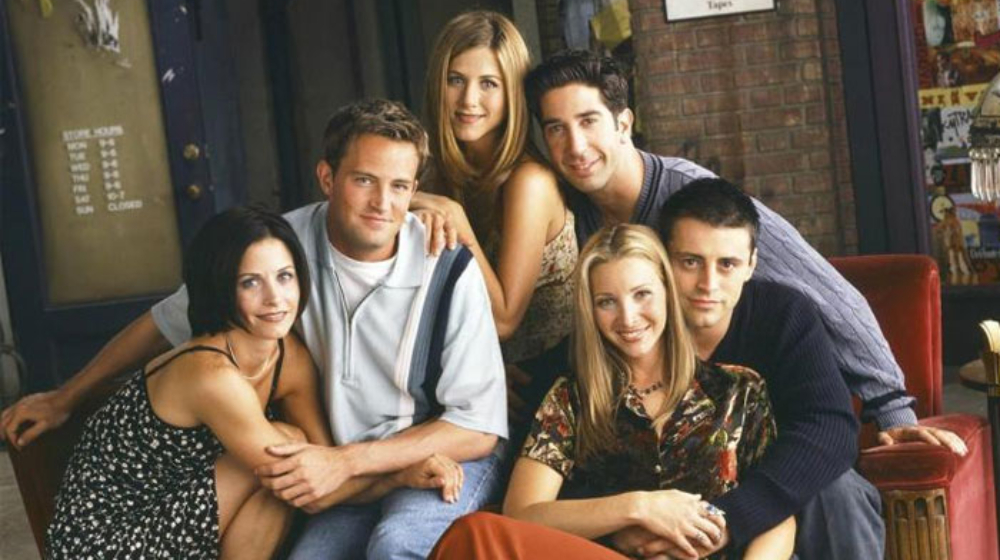 Fans of the hit television sitcom ‘Friends‘ have hoped for a reunion since the last season aired in 2004. While Jennifer Aniston is down for a reunion, David Schwimmer shot down that possibility. (hate to say it, but thats just classic Rachael and Ross behavior right there).

15 years after Friends, the franchise’ s biggest beneficiaries Jennifer Aniston and David Schwimmer are at odds on the likelihood of a reunion. The two played Rachel Green and Ross Gellar the on-again, off-again duo on the sitcom.

Jennifer Aniston has admitted to ‘InStyle’ magazine that she’s still pining over ‘Friends‘. For ‘InStyle’ magazine’s 25th anniversary they had the Horrible Bosses actress reminisce about her time on the show when celebrating.

Jennifer Garner Is People Magazine’s “Most Beautiful Woman of 2019”

The 50-year-old actress opened up about how the 90s sit-com helped her grow as a person.

“I started to find my confidence when I was on Friends, for sure. In a way, being on that show was the ultimate trust exercise. ‘There was comfort in numbers there, so we all held each other up.’ I miss a lot about that time. Having a job that was absolute, pure joy.”

Jennifer Aniston was definitely hit by the nostalgia. It seems that the Murder Mystery actress misses her co-stars and the good times they had.

“I miss getting to be with people I love massively and respect beyond words. So, yes, these days I’m super nostalgic.”

Previously she expressed the desire for a Friends reunion on ‘The Ellen Show‘.

“Why not? You know what, because, listen, I told you this, I would do it… The girls would do it. And the boys would do it, I’m sure. Listen. Anything could happen.”

David Schwimmer is not game

While Rachael is down for a Friends union, Ross is not. Recently, David Schwimmer said no to the possibility of a ‘Friends‘ reunion when he appeared on ‘The Lateish Show with Mo Gilligan’.

“Well, no. I mean… no. I think we all feel it kind of ended in the perfect way.”

David is not alone on this, because even Top Gun host Matt Le Blanc voiced the same thoughts.

“I don’t want to do it – simple. ‘People want to know what happened to them. But it was about a finite period in a person’s life after college, before you settle down and start a family.”