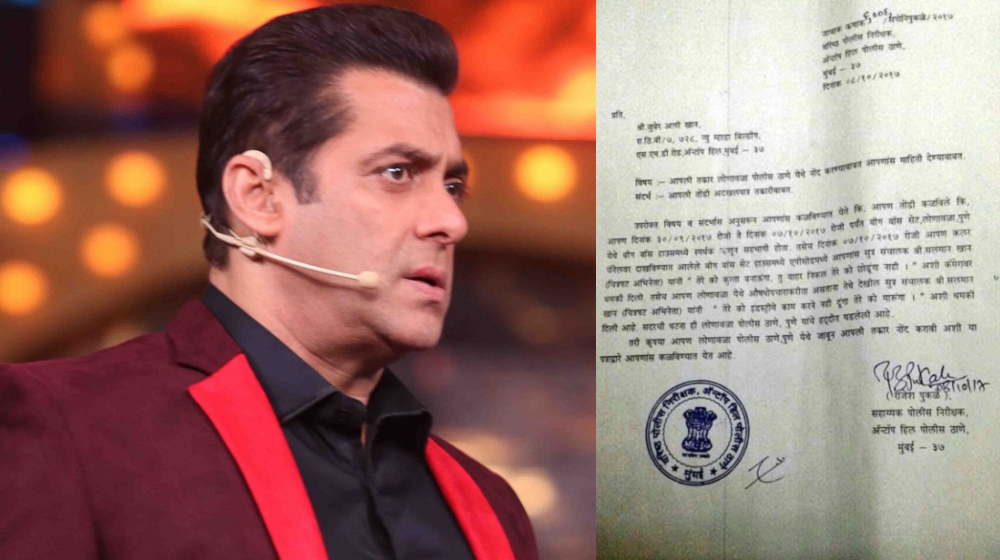 Bollywood star Salman Khan’s temper has landed him in trouble with the law once again. This time he’s being booked for snatching someone’s phone.

A police complaint was filed against Salman Khan for snatching a journalist’s cellular phone while the journalist was attempting to shoot a video of the Bharat actor.

Why Salman Khan lost it, we can’t say for sure. Pandey asserted that he was making a video with approval from Sallu Bhai’s bodyguard.

According to the journalist, he and his cameraman Syed Irrfan were traveling from Juhu to Kandivali. When they saw Salman riding a bicycle, they asked the Tere Naam actor’s bodyguard if they could make a video to which the bodyguard agreed.

They took their phones out to record the superstar in action. However, when Salman noticed them, he motioned his guards to cut it out.

“We took out our mobile phones and started shooting. Suddenly, Salman turned around and gestured to his bodyguards. After that, bodyguards riding motorcycles approached us.”

Bodyguards mounted on motorbikes approached Pandey and his cameraman. They probably asked them to stop recording which led to an argument.

Things got ugly because the guards were either just feeling it or the journalist didn’t comply with their new order.

“My cameraman was pushed by one of the guards and he even pushed our car with force. We ended up having an argument with them. Salman turned his cycle and came to us. We told him we were from the press. Salman said ‘It doesn’t matter’. Then he snatched our mobile phones and left.”

Going by the journo’s account, that’s when Sallu Bhai decided to get things done on his own and took away both their phones. When they asserted that they were media personnel Salman just dismissed it with ‘it doesn’t matter’.

While we agree that making footage of anyone without permission is illegal, so is snatching someone’s phone.

While the journalist and his cameraman were calling the police (perhaps from someone else’s phone), Salman’s bodyguards returned their phones.

Salman Khan’s side also filed a cross-complaint that Pandey had taken the video without permission.

While Pandey is insisting he got permission from the bodyguard, it was Salman Khan’s video that he took. It’s pretty clear Sallu Bhai did not approve.