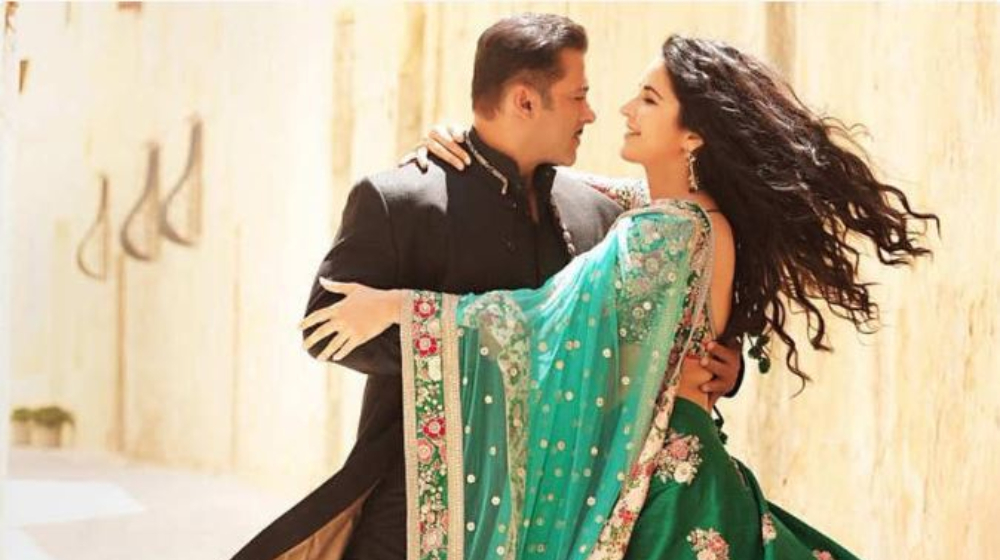 Salman Khan made us cringe again. In a recent interview with Bollywood Hungama when asked ‘what would Katrina Kaif be doing if she is not an actor’, Salman said ‘married with children’

When Katrina Kaif clarified that he was supposed to respond with an actual profession. Sallu Bhai just said something along the lines of ‘it’s a hard job’.

“If Katrina Kaif is not actor, she should be married and produce children.”

Here’s the video of the whole thing:

Salman Khan and his film Bharat‘s leading lady Katrina Kaif were out promoting the film together. During a rapid-fire round with Bollywood Hungama, Sallu Bhai made an inappropriate comment (again).

The show’s host listed some A-list actors and asked for alternative professions.

“If not an actor what would the following people be?”

Bollywood Hungama’s host even tried to swoop in for a save, suggesting that Katrina could be a producer as that’s something she’s working on.

However, Salman Khan stuck to his answer though.

Meanwhile, Salman even told us what he saw Amir Khan and Shahrukh Khan doing if they weren’t actors. He said that ‘they’d be successful with anything they do’.

“Amir will be very successful in whatever he’d be,…….. SRK can do anything and be good at it.”

For Alia Bhatt, Salman Khan said doesn’t know what else she could be.

Recently, our Bhai’s fuss over Priyanka Chopra’s marriage and her Bharat walkout drew ire. People pointed out that Salman Khan’s criticism of PeeCee was rooted in sexism.

‘Shaadi ek saal baad karenge, abhi ye picture kar lete hai (I’ll get married in one year, I’ll do this film first)’. But she chose to get married which I think is outstanding.”

Salman really should have known better when he suggested that:

“Usually, people leave their husbands for films like these.”

Bhai is Not the Only One

On an episode of Koffee with Karan Season Four when Karan Johar gave a list of A-list actresses to Karina Kapoor and asked;

“If not an actress what would the following people be?”

Bebo infamously remarked that Sonakshi Sinha could be better off as a ‘housewife’.