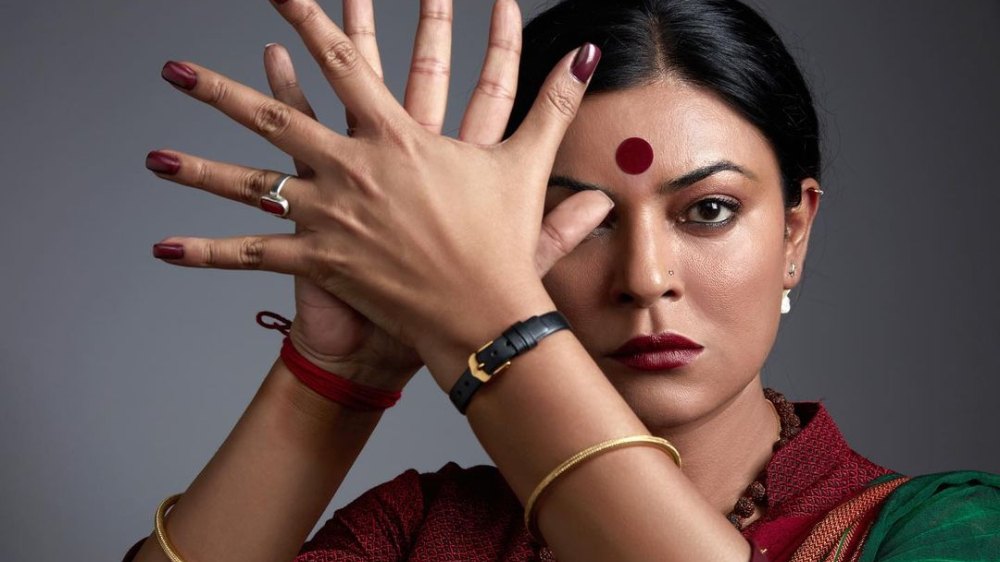 The iconic beauty queen and Bollywood actress, Sushmita Sen, is starring in an upcoming web series called Taali – Bajaungi Nahi, Bajwaungi, which is a biopic web series based on the life of Indian trans-activist Gauri Sawant.

The former Miss Universe took to her Instagram to reveal the upcoming project to her fans. She posted a picture of herself dressed for the role in red and green saree with a big maroon bindi on her forehead.

Nothing makes me prouder and more grateful than to have the privilege of portraying this beautiful person, of bringing her story to the world! Here’s to life and to everyone’s right to live it with dignity!

However, most people are not happy with Sushmita Sen for taking up such a role because Gauri Sawant is a transgender person while the actress is a cis-woman. People online argue that the role of Gauri should have been given to a trans-actor instead for proper representation of the community.

Why is a cis straight woman playing a trans character? What year is it, 1995? Get trans actors for trans roles.

Why a Cis Straight woman is playing a Trans character what year is it 1995 ? Get trans actor for Trans roles!! https://t.co/uvRop9WEbP

I love watching her on screen but would have been a great step to actually have a transgender
person play this role. There are very few roles in cinema which are carved for transgender people currently & if they are not cast in that, what's the point! #taali #SushmitaSen https://t.co/Oj89K5P2X7

Bollywood: We want to show our acceptance of LGBTQIA+ community by making a bio pick on TRANSWOMAN Shreegauri Sawant

We have aspiring Transgender women in this country. Why they can't have this chance to play?#Taali#SushmitaSen https://t.co/KKC9ilXATs

Gauri Sawant is a famous transgender activist from Mumbai, India. The upcoming web series is about her childhood, her transition, and her contribution to revolutionizing the transgender movement in India.

What do you think about Sushmita Sen’s upcoming web series? Let us know your thoughts in the comment section below.