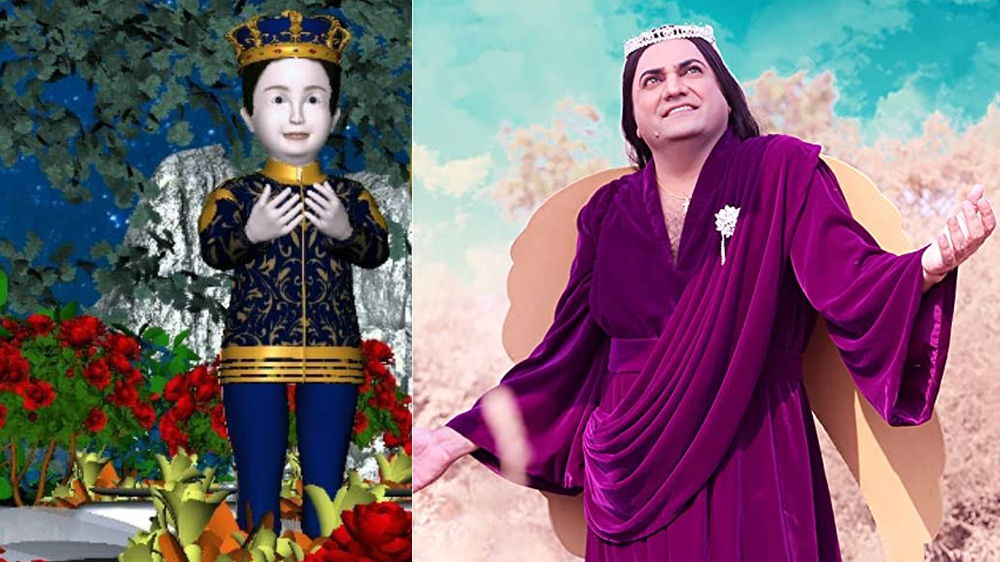 All we can say is, well played Taher Shah. Well. played.

The man, the myth, the legend. The music extraordinaire who kept Pakistanis on social media on edge when he sent this innocuously worded tweet two days back.

For one whole day, people from the Land of the Pure waited and waited for mankind’s angel to make things right again. They patiently waited for that one song that could soothe a panicked populace. They expected a… miracle.

But Taher Shah, this man knows how to work up his fans I tell ya. In a world where our attention spans have become shorter with every passing day, this man decided to play games with us. Not cool, man. Not cool!

And then, we all did what we do in these trying times. We gave up. We resigned ourselves to our sorry fates.

And then, the clock almost struck midnight on April 11th (too close man, too close). And lo and behold! The Farishta (angel) cometh!

THIS FARISHTA HAS GOT OUR BACKS!

So yeah. Taher Shah is back. With another music video that trades in his garish and tacky fashion sense for some CGI generated poetry in motion. Hey, we can’t blame the guy here for trying ok? He is taking this social distancing thing very seriously these days, which explains the nature of his current music video. And its time we did too.

The man is trying to save us in his own unique way. We better listen to him.

So listen we did. And boy his fans (and haters) got a ton of comments for him already!

Say what you will about Taher Shah, but the man has brought us all together again.

me going to check what’s in the fridge for the 273837th time pic.twitter.com/vPOrt6FjeX

When you love someone so much you see their reflection everywhere. What a beautiful message. pic.twitter.com/CE4SN60zLx

me ready to fall for people outside my league pic.twitter.com/naatWn6PvO

me praying for my crush to text me back pic.twitter.com/FyStA9zs0O

Me: OK this is it ab se mei diet pe no compromise

Waiting for Ali Sethi to do a cover of this https://t.co/c1Z0AM7VzM

It didn’t take too long for things to get real edgy real fast:

on my way to steal yo hoe pic.twitter.com/0hngLCMtA9

How I wanna be with someone's son pic.twitter.com/lMIqxvuc6b

Oh ok…. maybe this whole optimism thing needs to be toned down a wee little bit. People are hating they got trolled for what is actually the Urdu version of Angel.

Ok Taher Shah, you tried. Someday people are going to look back to this moment… and they are going to realize that they were wrong about everything. Hell, people still talk about Angel, and that was a lifetime ago.

Now if you don’t mind, someone needs to finish their thesis on ‘Taher Shah and his transformative effect on Pakistani music culture.’

Until then, listen to this on repeat. Listen to Taher Shah taking you to la la land. It’s right there in the lyrics!